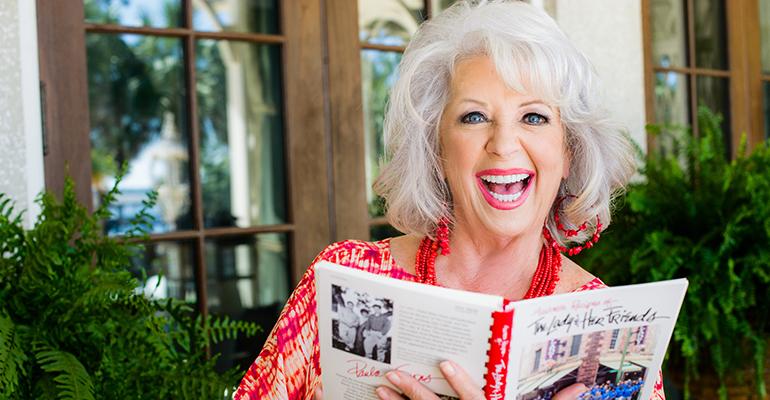 More than six years after being fired from the Food Network for making racist comments, celebrity chef Paula Deen is still expanding her brand of Southern comfort food. The latest location of her restaurant chain, Paula Deen’s Family Kitchen, is opening December 16 at the OWA resort and amusement park owned and operated by the Poarch Band of Creek Indians in Foley, Alabama. The fried-chicken-and-biscuits-style family dining restaurant opens on the heels of two Paula Deen’s Family Kitchen locations closing their doors for good last month in Destin and Panama City, Fla.

“The southern hospitality and family-style atmosphere have always been the perfect fit for OWA,” Kristin Hellmich, OWA’s director of marketing and PR told Restaurant Hospitality. “Paula Deen’s Family Kitchen has been our most anticipated addition, and we are so thrilled to open its doors to our community.”

Related: Paula Deen: What reviewers are saying on Yelp

When it opens next week, the 8,000 square-foot, 290-seat latest iteration of Paula Deen’s Family Kitchen brand will feature family-style meals of Southern classics like fried chicken, chicken and dumplings, macaroni and cheese, and meatloaf.

"We have seen such great success with our original Family Kitchen in the Smoky Mountains," said Paula Deen, celebrity chef, best-selling author, television personality and restaurateur in a media statement. "My grandma Paul taught me how to make the most incredible southern dishes, and now I get to bring them to my friends in Foley, Alabama!"

Although the former media darling has been relatively quiet since being shunned for her racist language usage, she has used the opportunity to quietly build the Paula Deen’s Family Kitchen brand, with locations opening over the past several years in Florida, Texas, Nashville, and Missouri. In 2017, she also opened an original Southern seafood restaurant — Paula Deen’s Creek House — in her hometown of Savannah.

But although the Southern chef keeps on expanding her brand, many of her restaurants seem to quickly close soon after they open. In 2019, four locations of Paula Deen’s Family Kitchen in Florida and Texas closed, and the once-burgeoning brand is down to three restaurants (which will become four when the Foley restaurant opens this week).

According to the Atlanta Journal Constitution, Paula Deen Ventures is working with prospective landlords to consider reopening the shuttered locations in 2020.