New on the Menu: Seafood bread pudding and fried boquerones 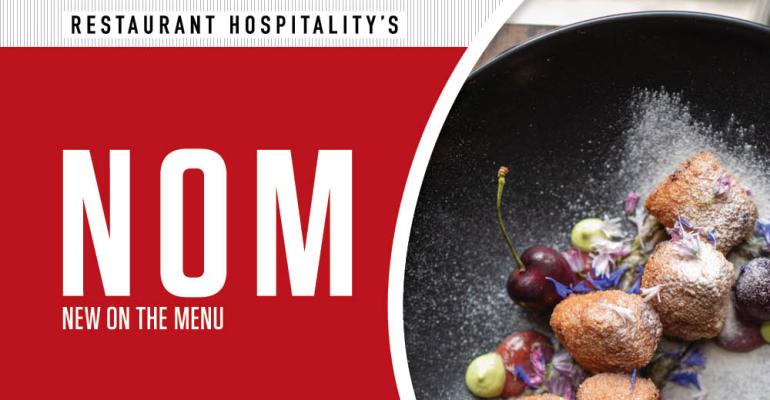 Salt-baked branzino is a time-tested dish that is now being served at Mara Restaurant and Bar at the Four Seasons Hotel Minneapolis, where chef Gavin Kaysen heads up the kitchen with chef de cuisine Thony Yang. They accompany the fish with sides from across the Mediterranean, including Tunisian couscous with a Basque accompaniment and Greek tzatziki and fennel slaw.

In San Francisco, another Mediterranean specialty, Iberian boquerones, or marinated anchovies, are fried and given some Asian flavors at Copas, and in Atlanta, bread pudding is given an extremely savory treatment at Aveline, where the custard is made with lobster bisque and the pudding itself is full of shellfish.

In Cambridge, Mass., Michael Scelfo gets whimsical with the late-night menu at Alden & Harlow with his own take on chicken nuggets, and in Washington, D.C., at the rooftop restaurant Smoke & Mirrors, all of the drinks are named after go-go-era songs, including the Do You Know What Time it is?