New on the Menu: Rutabaga fettuccine and finger-burning lamb chops 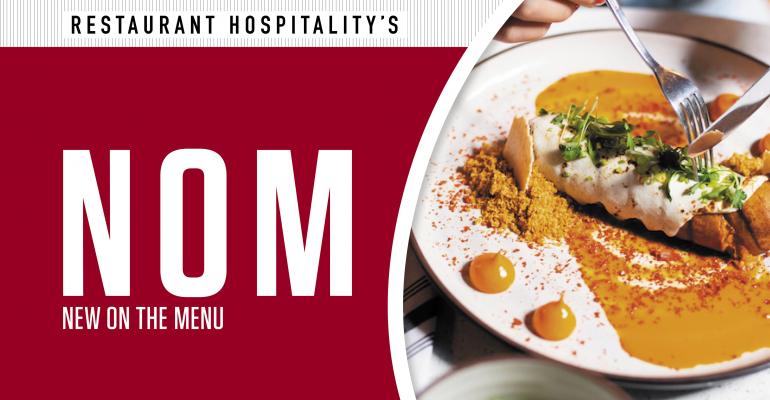 “Scottadito” is often translated as “burnt fingers,” and is the name of a lamb dish that is supposed to be so good that you can’t resist digging into it before it has a chance to cool down. Chef Mark Sparacino is reproducing that dish at Fame Supper Club, which opened in Chicago in August.

At Max’s Wine Dive, which has locations in Houston and San Antonio, Texas, chef Beto Gutierrez is shaking things up a little in that state by serving pork belly that’s not dressed in the state’s customary sweet, tomato-based barbecue sauce, but in the mustardy kind popular in South Carolina.

In meatless news, Solstice, a restaurant in Newtown, Pa., that's about to open a second location in Irvine, Calif., is serving a low-carbohydrate vegan “pasta” dish in which brown butter with sage is replaced by walnut pesto and Parmesan cheese is replaced with seasoned tofu. But the real twist is that the pasta isn’t replaced by zucchini, but by Rutabaga, which corporate chef Demetrio Zavala says is better at mimicking the al dente texture of actual pasta.

Imari in Los Angeles also has a vegan dish, for which chef David Schlosser serves house-made yuba, or tofu skin, with tomatoes.

And finally, at Casa Ora in Brooklyn, N.Y., monkfish is wrapped in sweet plantains and Guayanés cheese for a dish called “baby shark.”

This gallery has been updated with more details about Solstice's rutabaga fettuccine, and to reflect the fact that its Irvine, Calif., location has not opened yet.
Start Slideshow ›
0 comments
Hide comments
Recommended Reading