New on the Menu: Provençal chicken wings and head-on shrimp 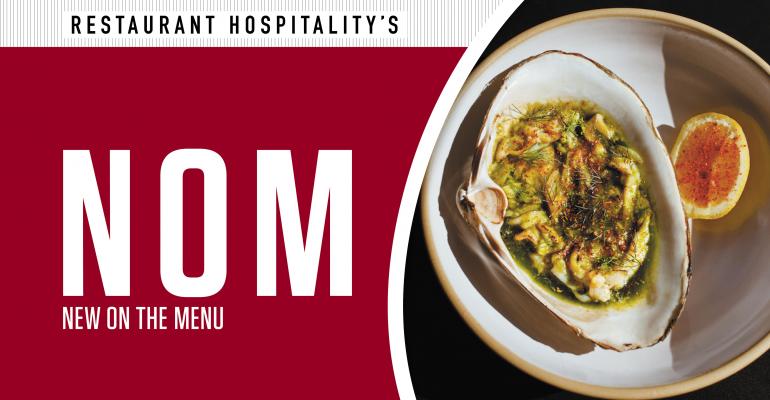 At the turn of the 21st century, Chilean sea bass — a more marketable term for Patagonia toothfish — was on so many menus across the world that it was soon overfished. As the succulent-yet-flaky fish appeared on all the sustainability watchlists as a species to be avoided, chefs and consumers alike moved on to other fish.

Patagonia toothfish is a slow-growing fish, but nonetheless it has now recovered enough that the Monterey Bay Aquarium’s Seafood Watch program actually recommends the consumption of toothfish from some fisheries, particularly from the Antarctic Ocean off of New Zealand — technically that makes it Antarctic toothfish, but it’s the same species.

So don’t be surprised that it’s on the menu, once again billed as Chilean sea bass, at Euphoria Fish House in Orlando, Fla.

In other seafood dishes, chef Ryan Hacker has revived classic shrimp quenelles at Brennan’s of Houston, and the increasingly trendy shrimp & grits from the Low Country of South Carolina and Georgia is being given a New England spin at Bayberry Garden in Providence, R.I.

Surf clams, gently simmered with butter and garlic scapes, are on the menu at Bathhouse Kitchen in Brooklyn, N.Y.

But it’s not all about seafood this week. There are also chicken wings, but these are at The Katharine, a French brasserie in Winston-Salem, N.C., so they’re dressed in herbes de Provence.

This gallery has been updated with details about the garnish on Bayberry Garden's head-on shrimp. More details also have been added about Eric Brownlee's herbes de Provence blend at The Katharine Brasserie & Bar.
Start Slideshow ›
0 comments
Hide comments
Recommended Reading