New on the Menu: Oyster pie and tiramisu-inspired ramen 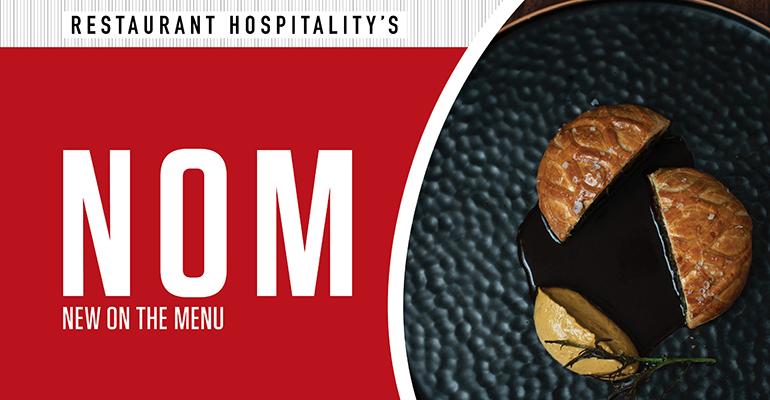 Start Slideshow ›
Plus a vegetarian Pithiviers, fluke and elderflower crudo and a wagyu burger

Comfort food is the order of the day, and so this week we have two pies and a hamburger.

The first pie, at Francie, a new restaurant in Brooklyn, N.Y., by former Bâtard general manager John Winterman and chef Christopher Cipollone — formerly of Piolo and Cotogna restaurants —  that was supposed to open early last year is inspired by an English curry pie, but it’s vegetarian.

The second is an oyster pie from Soby’s, the flagship restaurant of Carl Sobocinski’s Table 301 group in Greenville, S.C., that combines Low Country tradition with mashed potatoes.

The burger is from RPM Steak and leverages the fact that customers are willing to spend money on high-quality beef. Guests can even have black truffle shaved on their French fries for a substantial upcharge.

Karazishi Botan, a ramen house in a completely different part of Brooklyn from Francie, is celebrating its one-year anniversary with a ramen in miso almond milk that’s inspired by, of all things, tiramisu.

Finally, in Maplewood, N.J., Lorena’s restaurant has moved to a new location and is making use of the local fish with a fluke crudo.

Spicy items get more complex as the genre matures
Apr 21, 2021