New on the Menu: Ibérico Wellington and Bulgogi fries 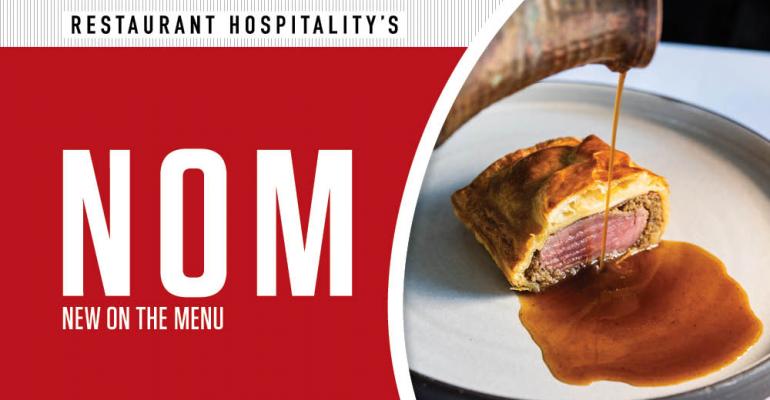 There are a lot of Asian flavors on Western dishes this week, including steak frites topped with curry butter, a combination that Argentine chef Hernan Griccini of Amalia in Miami Beach, Fla., first used when preparing a dish on the Spanish island of Mallorca.

That’s a lot of continents.

In New Orleans, Sophina Uong is turning to Kashmiri chiles to make hot chicken that she serves for brunch at Mister. Mao, while at Hawker Street Food Bar in Houston, Laila Bazahm brings a Korean marinade to always-popular loaded fries.

But you don’t need to leave a continent to make culinary mashups, as Danny Lledó proves at his tasting-menu-only restaurant Xiquet in Washington, D.C., where he takes a delicacy from his native Valencia, Spain, Iberian pork, and uses that instead of beef for his own type of Wellington.