New on the Menu: Heirloom grain risotto and steelhead tartare 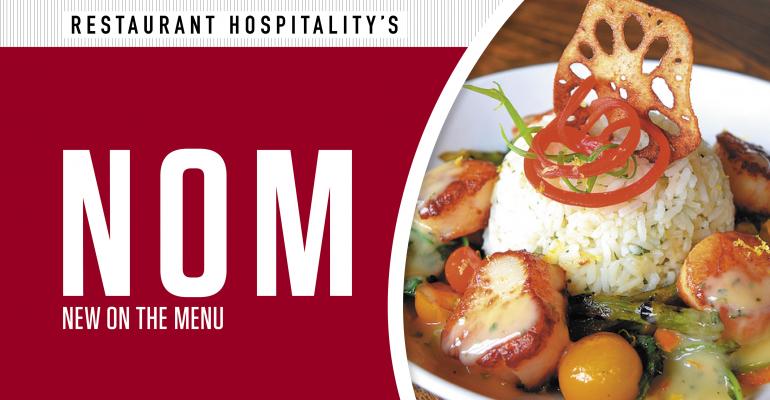 Start Slideshow ›
Plus a cauliflower burger, summertime scallops and an upscale gyro

When can you charge $54 for a gyro? When you lovingly braise lamb shanks for 4-5 hours and serve enough of it to feed two people with an elaborate rice dish as well as the usual pita and tzatziki. It also helps if you’re in New York City, which is where Tribeca’s Kitchen is. Technically it’s not a gyro, since that name comes from the spit on which the meat is usually cooked, but the idea is similar.

Nor is the Heirloom Grain Risotto at The Maker in Hudson, N.Y., technically risotto since it’s not made with rice, but with freekeh, bulgur and farro instead.

Back in New York City, the standard salmon tartare is given local treatment at Fine & Rare by using farm-raised steelhead trout instead, along with seasonal accoutrements.

In Las Vegas, the veggie burger at Marigold steers clear of the increasingly ubiquitous plant-based proteins and uses cauliflower and other plants instead, and in Texas, two-unit Thirsty Lion Gastropub has a new menu with seared scallops as a highlight.