New on the Menu: Green papaya salad with geoduck and white beans with Spanish anchovies 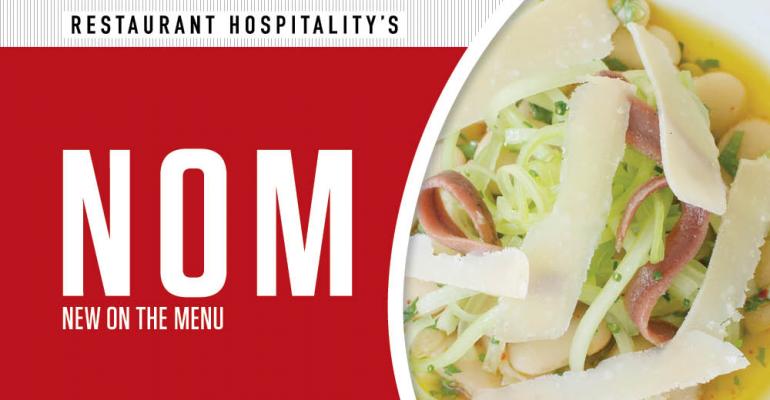 At the turn of the century, that gilded age of economic prosperity that predated 9/11, squab was pretty commonplace on fine dining menus. Squab is kind of an odd delicacy: It’s a polite way of saying baby pigeon. But it’s a long-standing delicacy that has been enjoyed for generations, and it’s on the menu at Occitania in Oakland, Calif., named for the Occitan linguistic zone that stretches from southern France to northern Italy, which chef Paul Canales, who also is chef of the nearby Spanish restaurant Duende, opened at the beginning of June.

Som tam, or Thai green papaya salad, isn’t exactly a delicacy. It’s inexpensive, and normally very spicy, food enjoyed in northeastern Thailand and neighboring areas. But chef Richard Chen gives it an air of fanciness at Red 8 restaurant at the Encore Boston Harbor resort in Everett, Mass., where he embellishes it with cured geoduck.

Little neck clams, the small bivalves enjoyed at clambakes on the East Coast, are given an upscale treatment at La Marchande in New York City, where they’re poached in butter.

Simple seasonal pasta is the order of the day at Lulu in Los Angeles, where David Tanis combines chiocciole pasta with summer squash, and at Millstream in Woodstock, N.Y., Dan Silverman brings white beans centerstage by braising them and dressing them with celery and anchovies.

New on the Menu: Crab Causa and a seasonal Japanese highball
Aug 19, 2022