New on the Menu: Frybread tacos and jerk cauliflower 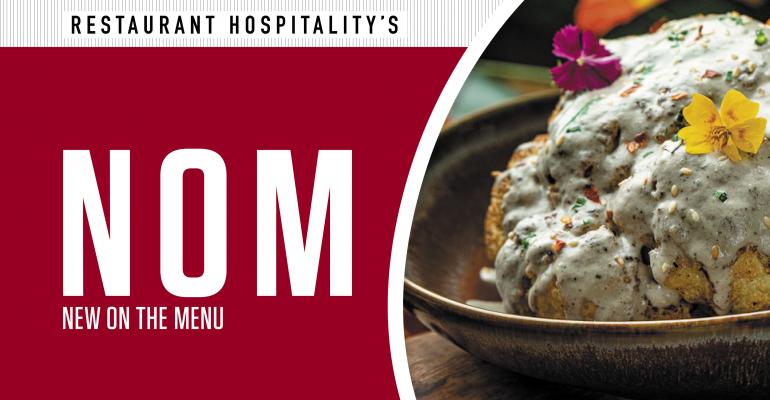 Start Slideshow ›
Plus Buffalo steak tartare, a sweet potato cocktail and chicken made with local salt

Tortillas are great for many things, but they’re not super-absorbent, which means that tacos and similar foods can lose some of their delicious juices. Chef Cesar Tamariz of Kachina Cantina in Denver addresses that problem while also reflecting the cultures of the Four Corners region’s indigenous communities by offering guests the option of using frybread for their tacos instead — a solution that’s particularly apt for his slow-roasted wagyu brisket.

Also in the Four Corners region, in Salt Lake City, Utah, chef Tomas Olvera brings local touches to rotisserie chicken with the use of vegetables as well as salt from nearby. He also makes his own cultured butter.

In New York City, steak tartare is a popular appetizer, particularly at French restaurants, but at Parlour Room, which opened at the end of last month, they give it a playful spin by seasoning it as if it’s Buffalo Wings.

Across the river in Brooklyn, Kokomo, a Caribbean restaurant, has added a vegan section to its menu, including jerk cauliflower.

And in Raleigh, N.C., at Poole’s Downtown Diner, Ashley Christensen’s staff honors the local sweet potato with a cocktail made with the vegetable and brown butter-washed rye.

New on the Menu: A Thai meatball hero and scallion pancake pizza
Jan 28, 2022