New on the Menu: Crab Causa and a seasonal Japanese highball 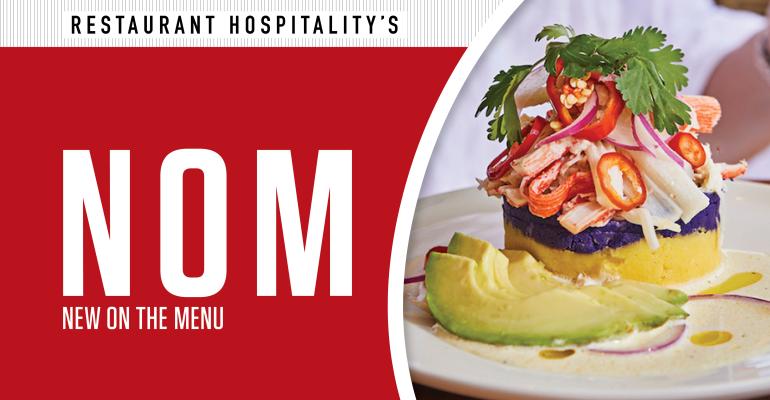 Surimi seafood, a processed pollock product, has long been referred to as “imitation crab,” which has given it the reputation of being fake. It’s not fake; it’s perfectly wholesome pollock that is shaped into whatever the end-users want it to be shaped as. It’s tasty, though it doesn’t taste like crab, and nutritious and can be found in many California rolls.

It’s also an ingredient in the causa at Bayshore Club in Miami. A causa is a Peruvian dish with a base of cold mashed potatoes that, much like surimi, is a lot better than it sounds. Executive chef Jeff McInnis likes surimi’s stringy noodle like texture and thinks it goes well with the actual lump crab that’s in the dish.

Elsewhere in seafood, at Gioia Ristorante e Pastificio in Chicago, chef Federico Comacchio makes a seasonal Italian dish of fried fish, shellfish and seasonal vegetables in a batter that includes both beer and Prosecco.

And in Atlanta, guests at Brassica restaurant at the Waldorf Astoria in Buckhead can enjoy a Japanese-style whisky highball with peach shrub.