New on the Menu: Calamari-style chicken and a cream cheese burger 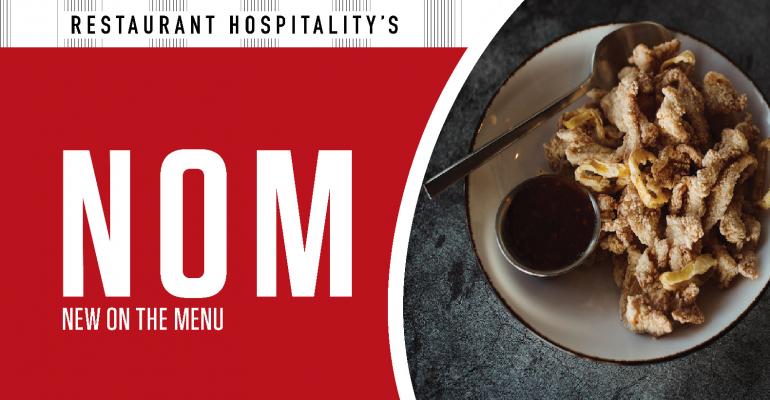 Along with all the other supply-chain issues, there is talk of a cream cheese shortage at the moment. Stories of these shortages tend to be vastly overblown, so this week we’re highlighting a burger from Chicago that has cream cheese as its main distinguishing component.

Chicken remains in high demand, mainly because people love it. It’s the least threatening of all proteins, which is probably why it replaces squid in a calamari-like preparation at Vaso in Dublin, Ohio.

Lon Symensma, who has been delighting Denverites for years with his Asian-influenced food at ChoLon, has a new restaurant called YumCha, where he is topping scallion pancakes with duck confit and hoisin sauce that he caramelizes by boiling it in its can for several hours.

And finally we have two vodka cocktails: One from Tempus in St. Louis that evokes the brininess of a Dirty Martini without any actual brine, and one from Our/New York, a Manhattan vodka distillery, that makes use of excess local basil to help cut down on waste.

An error in the price of the Highline cocktail has been corrected.
Start Slideshow ›
0 comments
Hide comments
Recommended Reading