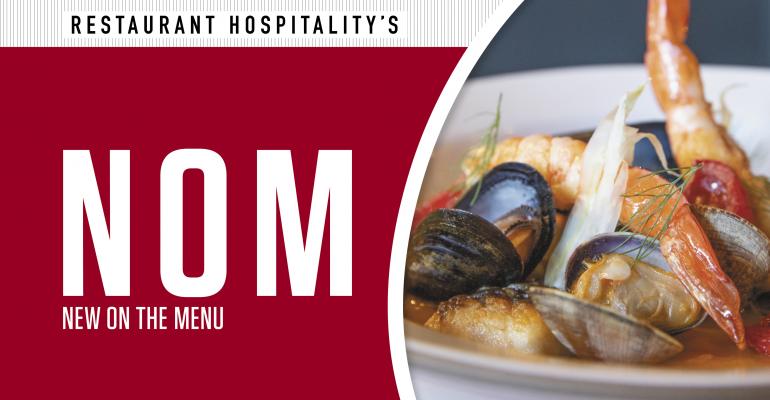 Sean Brock has opened another restaurant, The Continental in Nashville, and he’s using the now-classic Nouvelle Cuisine techniques that shook up the culinary world 50 years ago to tantalyzing effect, drawing inspiration from a dish by the late, great Paul Bocuse.

A much, much older French dish, the bouillabaisse of Marseille, is on the menu at the new Bicyclette Bistro in Los Angeles, but chefs Walter and Margarita Manzke cook each type of seafood separately, combining them at the end and serving it all with Margarita Manzke’s baguettes and Normandy butter.

In Chicago, Andrew Zimmerman is drawing on flavors from India — Goa, to be specific — for a pork chop geared to Midwestern tastes.

Fava beans are in season in Atlanta, and chef Drew van Leuvan likes how their creamy texture makes for a good filling for ravioli, which is what he’s making with them at Ecco Buckhead.

At La Chinesca in Philadelphia, chefs Nicholas Bazik and David Goody are jumping on the trend of Mexican street corn, or elote, but they’re doing it with baby corn —a cute and appealing vegetable that’s due for a comeback.