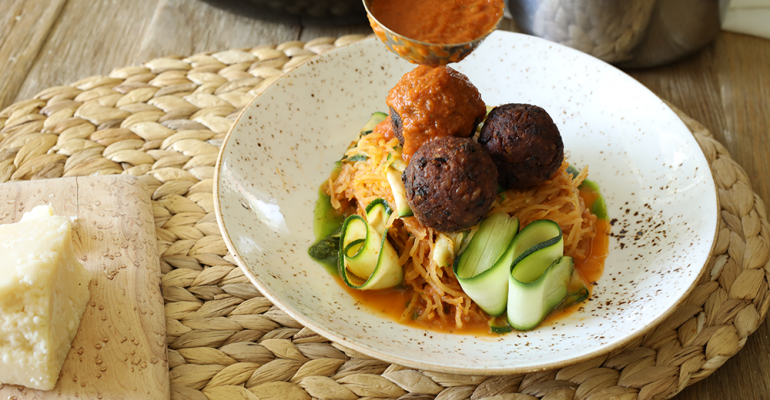 From drinks to burgers and beyond, beets have a part to play

There is a root vegetable so versatile — it’s amenable to almost any cooking method and shines in nearly any application — that some chefs have taken to likening it to the pig.

“I love the earthiness of them and their versatility,” said chef Pat Pascarella of The White Bull in Decatur, Ga. “It’s the pig of the veggies family.”

That “it” Pascarella refers to is the beet, the earthy-tasting bulb that comes in red, gold and candy-striped varieties, among others, and whose leafy green tops are also edible, and it’s a darling of fall menus.

According to Datassential’s recent beet SNAP food profile , beets appear on 19 percent of restaurant menus, a 24 percent increase over the past four years.

Known botanically as Beta vulgaris and native to the Mediterranean region, beets have been used since ancient times for their medicinal properties and as an aphrodisiac, as well as for nutrition. Food historians give credit to northeastern Europeans for being the first to adopt them as a dietary staple, and the French for internationally popularizing them after they discovered the appeal of roasted beets in the early 1800s. 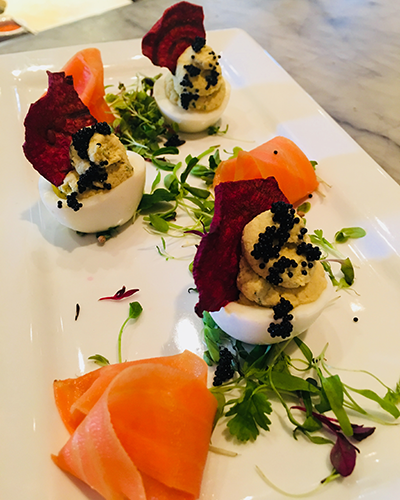 Today, beets are primarily found on American restaurant menus in entrée salads, but a growing number of chefs are exploring the possibilities of the boldly colored red bulbs, which can be roasted, pickled (a growing trend), candied, fermented and juiced. Beets, Datassential finds, are also playing a growing role in the alternative protein and veggie burger movement and finding growth on cocktail menus.

At The White Bull, Pascarella is planning to feature on his fall brunch and dinner menus a salt-roasted root vegetable dish with stracciatella, local UGA caviar (developed by the University of Georgia), granola and smoked egg yolk. The dish will be presented like a garden scene with celeriac, parsley root, parsnip and beets sticking out of the granola “dirt," garnished with dollops of the cheese, caviar and egg around the plate.

“I love fall, so when these veggies start becoming available, I try to use them wherever possible,” said Pascarella. “[Beets are] a great balance of sweet, bitter and earthiness. And, their tops are tasty, too.”

Pascarella is also at work creating a pasta with beets, robiolina cheese (an Italian soft cheese) and a poppy seed sauce.

“Beets can be divisive to some, but they’re so varied in type and flavor,” said Adam Howard, the new executive chef at Blue Duck Tavern in Washington, D.C.

As we head into fall, Howard is exploring beets in the form of a root vegetable granola. 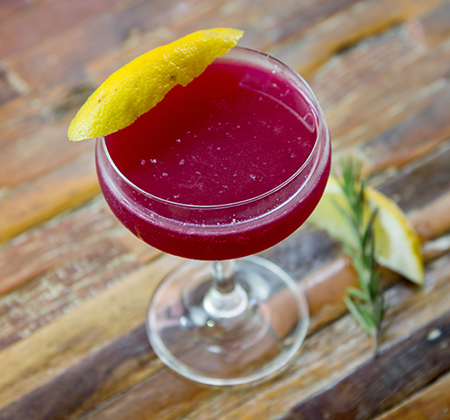 He starts with baby beets, first curing them, then lightly roasting them, and then allowing them to ferment for a few days to ensure depth of flavor. To make the granola, he folds the fermented and dried beets with fried sweet potato, salsify, celeriac, sorghum, puffed wild rice, pistachios, rolled oats and dried cherries.

“By shaving the root veg, frying it at a low temperature and combining the dried beets together with burnt honey, you get a texture that is very familiar as granola and something altogether new,” Howard said.

In addition to fermenting, Howard likes to bring out the sweetness of beets through wood roasting, use them raw to provide brightness and crunch, and also to pickle, cure, smoke and dehydrate them.

Similarly, Nathan Powers , executive chef of Bambara in Salt Lake City, Utah, is making beet crisps to serve alongside lunchtime sandwiches instead of potato chips, and to use as a garnish for smoked trout deviled eggs served at lunch and dinner.

“I love the earth-bomb sweetness of beets, and I play off that with other earthy fare such as farro and stinky goat cheese,” Powers said.

To attain the ideal texture, Powers fries the beets slowly and at the low temperature of 325 degrees Fahrenheit to ensure the sugar doesn’t over-caramelize.

Diners’ growing interest in health and plant-based meals and seasonality prompted True Food Kitchen, a healthy, chef-driven chain based in Phoenix, to introduce to its fall menu the Forbidden Root cocktail, made with lemon-infused organic vodka, apple, red beet and rosemary.

“I wanted to create something healthy and seasonally inspired utilizing ingredients of the moment like beets,” said Jon Augustin, director of beverage for the 30-unit chain. “The natural sugar from the fruits and vegetables gives a sweetness, and the nutrients make it easier for the body to break down and digest.”

True Food has also featured beets in its natural Refresher beverages, and is currently using golden beets in its Bright Eyes brunch Refresher. On the main menu, the grilled salmon entrée is served with roasted beets.

Beets also are an ingredient in the Beyond Burger, a plant-based patty that has grown in popularity and is fast showing up on menus at restaurants of all types and sizes — from neighborhood eateries like Plan Check Kitchen and Bar in the Los Angeles area to major chains like TGI Fridays.

“The number of guests continues to grow that are eating vegetarian and looking for full flavored menu items,” Caliendo said.

Caliendo makes his beetballs by sautéing garlic, onions, zucchini, roasted beets and other seasonal vegetables in olive oil and spices, then mixing them with grains and flaxseed in place of egg for a binder.  He then combines the beetballs with ribbons of spaghetti squash tossed with olive oil, garlic and marinara sauce and topped with Romano cheese, pesto, toasted pumpkin seeds and balsamic reduction.

“The red beet, in particular has a nice, sweet flavor that is balanced with an earthy quality perfect for savory applications,” he said.