Four months after beleaguered celebrity chef Mario Batali was ousted from B&B Hospitality Group, Babbo Pizzeria e Enoteca — which he co-founded with Joe and Lydia Bastianich in 2015 — is set to close. The restaurant will close in September when its lease expires and will result in 62 layoffs, according to Eater.

Batali made headlines in 2017 and 2018 following a slew of sexual harassment and misconduct allegations. He stepped down from daily operations of B&B Hospitality in May 2018 and was officially bought out from his share of the restaurant group in March 2019.

Although the New York Police Department closed two investigations into Batali in January, the embattled chef still faces charges of indecent sexual assault and battery in Boston Municipal Court, where he pleaded“ not guilty” in May.

There is no word yet if the Babbo in New York City will similarly face closure.

“It’s been on the table since January, since minimum wage went up,” Cardoz told Grub Street. “I do understand you have to pay people a livable wage; that’s not what I’m disputing. “It’s all the other things the state makes you do.”

Bombay Bread Bar initially opened as Paowalla in 2016, but Cardoz closed it and reopened the concept in February 2018 as a more modern, casual eatery designed by Wes Anderson set designer Kris Moran, who worked on films such as “Moonrise Kingdom” and “The Life Aquatic with Steve Zissou.” The result was a restaurant overhaul with street art-like murals on the walls and a more festive atmosphere.

Chef Cardoz did not respond to requests for additional comment.

Le Grill de Joël Robuchon — the more affordable restaurant attached to the front of Joël Robuchon, the namesake of the late chef who died last year of cancer — has closed for renovations.

According to Eater, when the restaurant reopens in September, it will be its own standalone concept separate from the original Joël Robuchon restaurant and will be made over with a new look, complete with new banquettes, lights, and a new color scheme to evoke “a luxurious lounge” vibe, with the hopes of creating a more “high-energy” atmosphere.

The menu from chef Christophe Bellanca will change to incorporate more small plates once it reopens.

Chef Norman Van Aken — often called the forefather of New World Cuisine — is closing his flagship restaurant Norman’s in Orlando on Aug. 31, according to the Miami Herald. The restaurant will be closing after its lease is up because the new owners of the Ritz-Carlton Grande Lakes want to open a steakhouse in its stead.

This is not the only restaurant Van Aken has stepped away from recently. At the beginning of this month, Van Aken announced that he is no longer a business partner with Three, a restaurant at Wynwood Arcade. In November 2018, 1921 by Norman Van Aken in Mount Dora, Fla., parted ways with the chef.

Iconic Atlanta eatery Restaurant Eugene — known for its high-end American cuisine — is closing this summer for renovations and reopening in the fall as Eugene & Elizabeth’s and will feature an a la carte menu from James Beard Award-winning chef Linton Hopkins.

Additionally, Restaurant Eugene’s sister concept Holeman & Finch will be relocating in spring 2020 to a venue with outdoor seating and a large bar and dining room. The original venue will not announce its next concept until later this year.

“Owners Linton and Gina Hopkins hope the changes to both restaurants will celebrate their Atlantan roots and local community, and the duo look forward to welcoming locals and visitors alike,” a press statement said.

Twin Cities food hall Revolution Hall in Rosedale Center has closed abruptly after less than a year in business, according to Eater. The food hall/food court mashup from Craveable Hospitality showcased food spots like a taco bar, a chicken and waffle stand, a sushi restaurant with a sushi-making robot, and PieCaken — a modern pastry shop focused on pie cookies and cake — from celebrity pastry chef Zac Young.

Although the Facebook page is now gone, the Yelp page for Revolution Hall showed a series of mixed reviews, which may explain why the food hall closed. Yelp reviews mentioned poor customer service and complaints like inattentive staff, overpriced food and the fact that the food hall was card-only.

Tosca Café — the centenarian restaurant that was taken over by embattled chef Ken Friedman and ex-business partner April Bloomfield in 2013 — is closing while the restaurant ushers in new management.

“Tosca Cafe will close temporarily as I prepare to transfer this iconic restaurant to new management,” April Bloomfield, chef and owner, told Eater. “The conversation is still in-progress, so I can’t comment further, but I expect the restaurant to return to full operation in the near future.”

This is only one closure in a long string of issues for the former power restaurant duo. In December 2017, Ken Friedman — then-owner of The Spotted Pig and the Breslin Bar & Dining Room in New York City — was accused of sexual misconduct from 10 women, including unwanted sexual advances, explicit text messages, and groping. The allegations overlap with accusations of sexual misconduct against Mario Batali, many of which allegedly took place at The Spotted Pig.

In June 2018, April Bloomfield split from her former business partner and the two divided their restaurant group. Later in October, she spoke out in a New York Times interview, saying she “Failed a lot of people” when she did not initially speak out against her ex-business partner’s behavior.

In January 2019, Bloomfield closed her Los Angeles restaurant Hearth & Hound after only 15 months in business.

A representative for Bloomfield could not be reached for further comment. 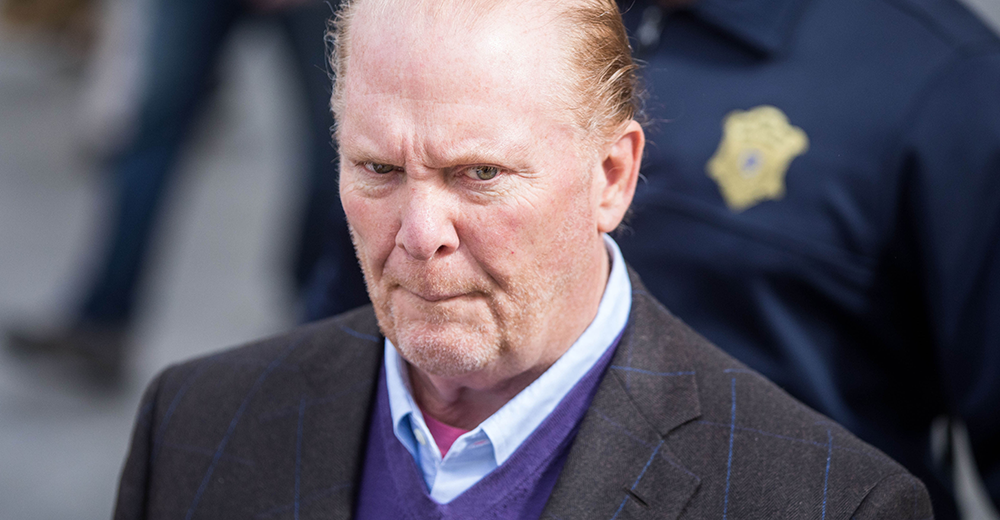 Next Up
Flavor of the Week: Nuoc cham brings sugar and umami to menus
Start Slideshow ›