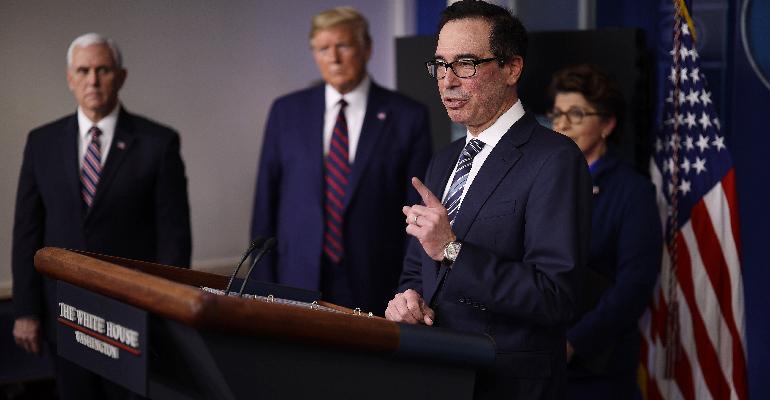 U.S. Treasury Secretary Steve Mnuchin said Tuesday that businesses that received more than $2 million in loans from the Paycheck Protection Program would be audited, in an attempt to rectify the many loans that were awarded to large, publicly traded companies.

“We have noted the large number of companies that have appropriately reevaluated their need for PPP loans and promptly repaid loan funds in response to [Small Business Administration] guidance reminding all borrowers of an important certification required to obtain a PPP loan,” Mnuchin said in a statement. “To further ensure PPP loans are limited to eligible borrowers, the SBA has decided, in consultation with the Department of the Treasury, that it will review all loans in excess of $2 million, in addition to other loans as appropriate, following the lender’s submission of the borrower’s loan forgiveness application.”

Under the new framework, as stipulated in the revised version of the $484 billion stimulus package bill signed by President Trump into law last Friday, publicly traded businesses have until May 7 to either certify that the loan was necessary for continued operations, or return their PPP loans.

More than 100 publicly traded businesses initially received PPP loans during the first run of the program, which ran out of funding within just a few days, according to MarketWatch. If publicly traded companies do not willingly return their loans by May 7, they will allegedly be investigated by the Treasury Department and could be held “criminally liable,” according to The New York Times.

Related: The Paycheck Protection Program: Feedback from the front lines

“I really fault the borrowers,” Mnuchin said in an interview with CNBC. “It’s the borrowers who have criminal liability if they made this certification and it’s not true.”

According to The New York Times, only 22 out of 100 companies that received $2 million have returned their loans so far. Returned monies will be recycled to make loans available for other businesses who need the funding.

The SBA began accepting loan applications for the second tranche of funding on April 27.