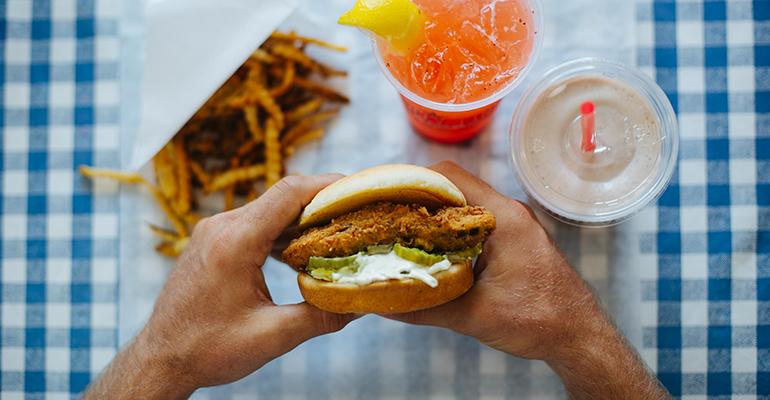 New owners to expand burger concept to other Texas cities

It is led by partners Tony Ciola and Creed Ford IV.

“We have been longtime fans of Mighty Fine’s concept, as well as the quality of food and service,” Ford said in a release announcing the acquisition. “When this opportunity presented itself, we knew we had to act quick.”

Mighty Fine was founded in 2007 by Ken Schiller and Brian Nolen, who with the sale to Tc4 are no longer involved in the business.

Like Tc4’s other concepts, Mighty Fine operates mostly in the suburbs, and Ciola said that made it “a natural fit.” He added that, although operational changes will be made at Mighty Fine, they wouldn’t have a significant effect on the guest experience.

“They have a great operation and we want to sustain what they’ve built,” he said.

With the acquisition, Tc4 now has around 500 employees, double what it had in 2019. It’s looking to expand Mighty Fine’s in the Austin area and other Texas cities in late 2021 and 2022.

"We are lucky to have gotten a brand that's been operated so well since 2007 and does such a good job with made-from-scratch foods, made to order, which we do in all of our brands,” Ford said. “We’re excited to grow the Mighty Fine brand in the coming years.”