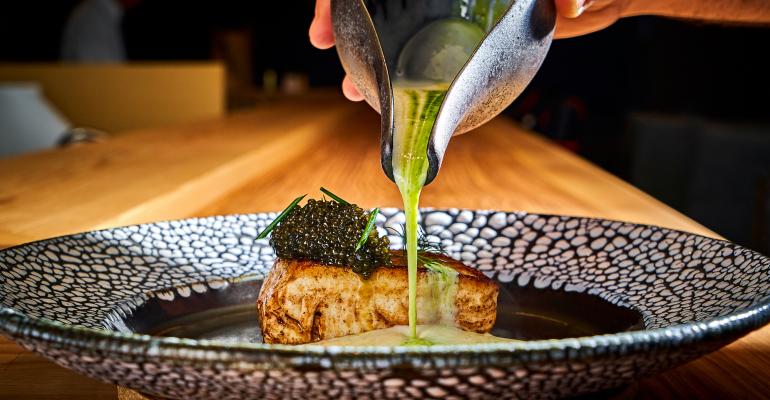 VCR Group
An NFT token will grant access to the upcoming Flyfish Club, but guests will pay with old fashioned U.S. dollars.
Operations>Finance

Relying on EBITDA is no longer sustainable, says this believer in NFT fundraising

Earlier this month, New York-based VCR Group launched a new experiment in the ever-evolving world of blockchain technology and cryptocurrency.

The group, which is led by serial entrepreneur Gary Vaynerchuk, began selling membership to a private dining club in New York City as a non-fungible token, or NFT. The new concept, called Flyfish Club, isn’t scheduled to open until 2023. But the membership/NFT was offered using the cryptocurrency Ethereum with tokens being bought, sold or even leased on the secondary market Opensea.io.

Following a small pre-sale in December, 1,151 memberships were made available on Jan. 7 and they sold out in less than a minute, raising an initial $14 million (including the earlier batch). And it’s a gift that keeps on giving back to VCR Group, which earns royalties as the memberships are traded.

It’s a new innovation in fundraising that could be a game changer — though questions remain about the journey ahead for VCR Group. Among the founding partners is veteran restaurant operator David Rodolitz, the group’s CEO who is known as a founding partner of Empellon Restaurant Group with chef Alex Stupak. 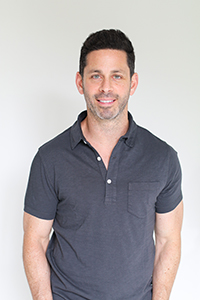 Rodolitz, left, argues that the NFT project’s goal is not only to build an exclusive and attractive restaurant experience, but also to build a community of like-minded members who will engage with the brand as it comes to fruition.

Here’s how Rodolitz explains the creation of Flyfish Club:

Q. Tell us more about what the actual restaurant will be?

It’s going to be a seafood-focused restaurant, globally influenced cuisine. [Flyfish token holders will have access to] the main part of the restaurant [the cocktail bar, dining room and outdoor space]. And then there’s a Flyfish omakase token that will give you the [additional] access to a private omakase room, which will be for very limited token holders. And that will be curated by a Michelin star sushi master who’s our partner on another project.

That’s correct. I’ll be a different program than what we’re doing at Ito. But he’s going to be involved in it, in terms of curation of menu, and what we do and collaborate on that experience.

It’s a 10,000-square-foot dining club, the restaurant will be one part of it. There will be a pretty robust cocktail bar, outdoor space, private dining and the omakase room.  We hope it would be a place people would frequent multiple times a week, more of a members community focused around food and beverage, wrapped in cryptocurrency.

Q. It’s interesting that you’ve been able to build a business model around the membership alone.

We want to leverage media and technology to find new ways of creating financial models around the food-and-beverage industry. We love food and beverage, however, it’s a very difficult business model. The industry is very challenging, whether that has to do with increased rents; whether it has to do with minimum wage and labor costs, it’s just very challenging, margin is very low. So relying on EBITDA (earnings before interest, taxes, depreciation and amortization) — which as operators, we’ve been relying on for a very long time — we’re not interested in anymore. … There’s only so much you can charge a consumer and it gets to the point that the model is not a sustainable one.

Through technology and marketing and media, and having a partner like Gary Vaynerchuk, it provides us another way … It allows us to monetize a completely different way and because of that success, we’re in a completely different place than everybody else. … We could hire better talent. I could take on maybe a more expensive rent now and get a better space to provide a better experience. It changes the narrative for us, and gives us a bit of an advantage because we found a new financial model through NFT membership and it also aligns you with your consumer set, where they become token holders, which is an asset.

It’s not a reoccurring fee each year, so it’s not like any other members club. Through NFTs and the blockchain you’re able to authenticate that you’re the owner of something. And because it’s so scarce and limited and we’re creating community around it, there’s a lot more demand for the supply. If we do a good job and execute and produce really cool events and engage our community and put our heads down and really work hard to create value, it’s really endless what this could do.

Q. So how much did you raise the first day?

Q. And, as it happened, on the day it dropped, Ethereum was down a bit.

It would have probably been a couple million dollars more if Ethereum pricing was from two days earlier. But that’s the volatility and some of the exposure that we have, but it’s all been calculated already. The public launch sold out in less than one minute.

Q. And there are some tokens held back, right?

I hope that everyone that ends up with a Flyfish token intends to use it because our project is based on utility. Until it gets close to opening, we won’t know that. [When people minted these originally] ... some people bought many, then they started flipping them. But if you’re watching it on Opensea.io … you’re seeing a one-to-one ratio between the amount of tokens and owners, which means they’re getting in the hands of people that hopefully want to use them, rather than those who bought a bunch for speculation.

So I held back a large set of tokens for various reasons. One, because this is a private dining club and I need to make sure the club is full with people who are enthusiastic about the project. I’ll give a drastic example, but if people who bought it originally all live in China and are just doing this for a quick speculative investment, we could have 1,500 token holders and end up with an empty restaurant.

I have another set of tokens that, if need be I could sell, I could gift or do collaborations. I could give to developer partners … I can make sure that people who want to enjoy it and utilize it will be there.

Q. So what happens if you make an investment in this membership and the restaurant never opens?

You’re betting on the people. People should do their homework. People especially in this NFT land are jumping in without their eyes wide open. They’re not researching the project, they’re not in the Discord community … 98% of these projects are going to fail. There are a lot of people who don’t have the right intent and they’re pumping out projects to make money.

...People could invest in any project that we do, and ... if there’s no guarantee of getting your money back what are you investing in. It’s about the operators and team. Believing in the people through their track record, through their reputation. ... This is about innovation and creativity and trying to change the landscape.

For people say they could run with the money, of course we can. And we would get crushed by the community and never do anything again. It’s not close to the amount of money to ruin your life over.

Q. A lot of people see this as the new Kickstarter. It’s a new way to raise money to open a restaurant.

That’s why we wanted to be first in it. There are barriers to entry. To do it the right way, it’s expensive. There’s a big learning curve with the blockchain and developing this stuff, and there are a ton of nuances, if you want to do it right. … I’ve been working on this since last May.

I think you’ll see a lot of copycats jump into it and try to follow what we did. Some will be successful and some won’t. And that’ll be determined by who they are, what their plans are, their intent, how they execute. We spent a tremendous amount of time on each piece from artwork to design to location — all of these pieces came together to create something that visually looks beautiful and is exciting.

Q. Do you have a location yet for Flyfish Club?

I’m in the LOI phase. We’re only talking to the best and biggest developers in New York because we need a certain caliber of space. We and they need a creative developer who wants to place make and wants a concept that’s new and exciting and innovative. We have a few that we’re really excited about, it’s a very small list. I’m hoping to secure my lease in a couple of months.

To keep people engaged … we developed a list of a year of events — physical and digital — everywhere from New York to Miami to Minneapolis to the Hamptons and virtual events that will provide a lot of utility. I would argue that the events themselves are worth more than the price of tokens. Three of the events over 2022 are digital wine tastings with Gary (whose businesses include direct-to-consumer Empathy Wines). Some people spend $20,000 to do an idle wine tasting with Gary.

We don’t want this to feel transactional. We just want to do really awesome stuff through event programing, through the restaurant and dining club, through Discord. We’re doing 10 cooking events with [Flyfish co-founder and chief culinary officer] Josh Capon [and partner/vice president of operations Conor Hanlon]. Companies pay Josh Capon $10,000 hour to do a virtual cooking class. That’s baked into the token price. It’s about building a community and staying engaged. I’m in Discord two to three hours a day talking to people and getting to know them. We’re going to show them how to cook and talk about their favorite wines.

This interview was edited for length and clarity and additional comments from Rodolitz.