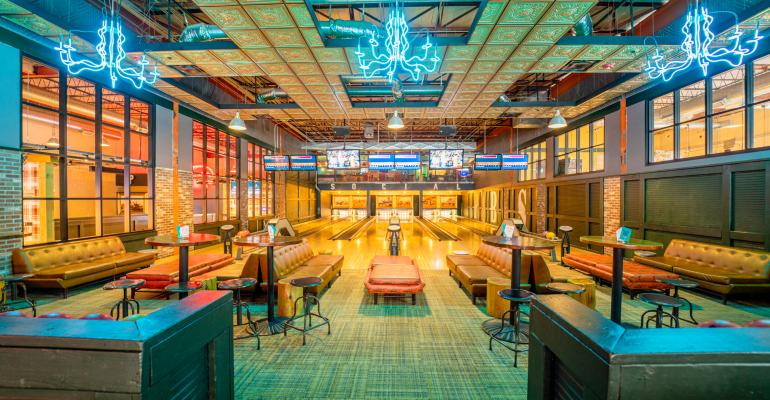 Punch Bowl Social announced that the company is permanently closing two restaurants — one in Stapleton, Colo. and one in Schaumburg, Ill. — as they continue to reassess landlord agreements in the wake of the coronavirus pandemic. Over the past several months, all 20 (now 18) of the Denver, Colo.-based eatertainment concept’s locations have been temporarily closed, and CEO Robert Thompson said that they will begin reopening stores only as preliminary state dining room restrictions start to loosen.

The news of the store closures comes on the heels of Cracker Barrel Country Old Country Store Inc. announcing in March that the company is “focusing on its core business” and would be divesting from Punch Bowl Social. Cracker Barrel announced its acquisition of a $140 million non-controlling stake of Punch Bowl Social in July 2019, but pulled its funds after the company “was particularly challenged by recent events” and closed all of its locations in March.

Following news of the divestment, Punch Bowl Social entered “capital-raising mode” and began the process of recovering from the challenges of the past couple of months.

“I have had 40 conversations the last three months with private equity firms and investors, and if I were not such an eternal optimist, I would say I’m surprised by how well it’s going,” Thompson said.

When asked if he would consider selling Punch Bowl Social, Thompson said, “I don’t want to speak to that specifically, but we know that all options have to be on the table. Anyone [in this position] who says all of their options are not on the table is not being honest.”

Thompson said that the Stapleton and Schamburg locations closed as a result of being unable to negotiate with their landlord but that most of their landlords throughout this process have been “understanding that we all lose if we don’t jointly absorb this pain.” He reiterated that the issues with the two landlords of the closed locations do not affect their future reopening plans, including five new locations in various stages of development that have been pushed back from opening in 2020 to opening in 2021-2022. The new restaurants will be located in Phoenix, The Washington Nationals’ baseball stadium, Houston, Kansas City, Mo., and St. Louis.

“The landlords not willing to do this from an open book point of view and pare down some of the negotiations are the ones that will find themselves without tenants,” Thompson said.

But will Punch Bowl Social explore rekindling an investment relationship with Cracker Barrel?

“If you listen to their earnings call, they’ve indicated that they have moved on, and that is my understanding as well,” Thompson said. “We’ve been approaching our future under that belief.”

Punch Bowl Social does not have a firm timeline on when their restaurants will begin reopening, but they anticipate that they will begin in the Texas and Georgia markets, where coronavirus phases of recovery have moved along faster than dining room restrictions in California and Colorado.