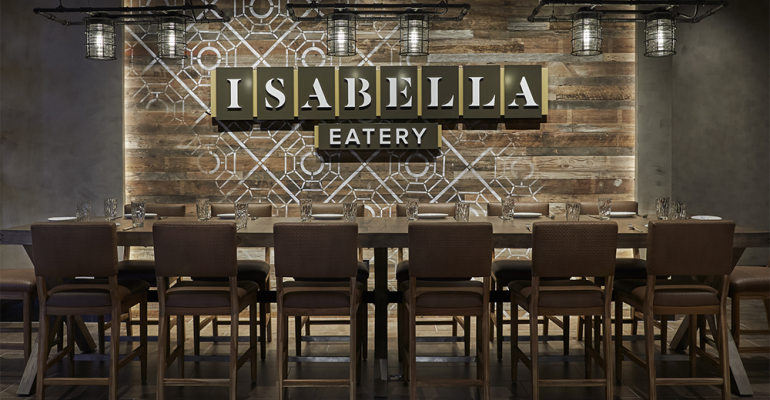 The nine concepts included in the filing are Arroz, G by Mike Isabella, Kapnos and Graffiato in D.C.; as well as the Grafiatto in Richmond, Va.; Isabella Eatery in Fairfax, Va.; and Kapnos Taverna, Pepita and Yona, all in Arlington, Va.

Two of Isabella’s restaurants — Kapnos Kouzina in Bethesda, Md., and Requin at the Wharf in Washington, D.C. — are not included in the financial reorganization as they continued to function as successful businesses.

In a report in the Washington Post, Isabella blamed the bankruptcy on slower sales as a result of negative press he received this past spring as his company, Mike Isabella Concepts, was sued by former employee Chloe Caras, who sought damages for “sex-based hostility and abuse.”

Isabella and his partners vigorously denied the claims, which were made in March, but in May they agreed on a confidential settlement.

Isabella told the Post that his largest creditors were Eagle Bank and restaurant suppliers including Julius Silvert and TriMark Adams-Burch, as well as Eskridge (E&A), which sued Isabella in May for unpaid rent at Requin Brasserie, which closed in April.

Court document related to the bankruptcy filing were not immediately available.