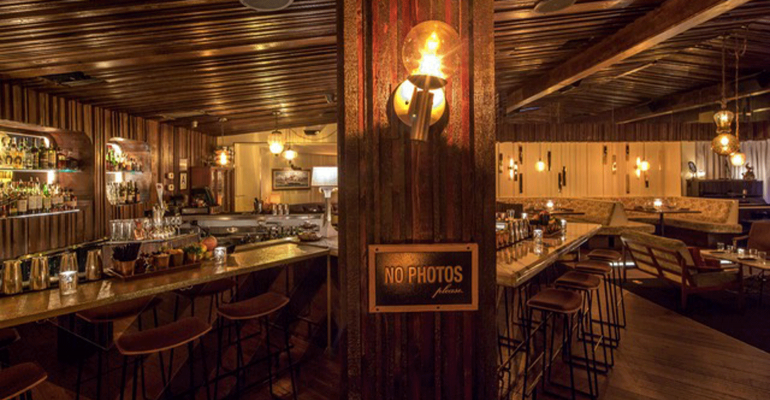 Los Angeles-based The H.wood Group on Monday said it has reacquired a significant equity stake owned by strategic partner Hakkasan Group, reclaiming global rights to its portfolio of restaurant and nightclubs.

The H.wood Group, which operates the Shorebar, The Nice Guy, Bootsy Bellows and Blind Dragon concepts in Los Angeles and elsewhere, has expanded in recent years with the addition of the restaurants Delilah and Petite Taqueria, as well as the live-music venue The Peppermint Club and nightclub Poppy. That growth has come in part as a result of a 2014 equity investment by Hakkasan Group.

The move to separate from Hakkasan Group, however, sets The H.wood Group up for new growth, said the company’s co-founders.

“This decision follows years of growth with Hakkasan Group that helped us grow our portfolio of nightlife concepts in Los Angeles into a diversified hospitality brand with restaurant, nightlife and hospitality venues across the world,” said Brian Toll, co-founder of The H.wood Group, in a statement.

“We are proud of the work we’ve done with Hakkasan Group and our long-standing partnership with them.”

As a result of the reacquisition, Toll and co-founder John Terzian are exclusively entitled to develop, own, license, franchise and manage all of The H.wood Group entities, the company said. The plan is to focus on the development of restaurants, hotels, nightlife and event production. “It was the right time for us to be independent again,” said Terzian in a statement. “We have a well-capitalized balance sheet, a talented and expanding executive team, and a robust pipeline of new venues opening over the next two years. We are actively evaluating a number of opportunities for the expansion of our concepts globally. It’s an exciting time for us and we believe that this will ignite a path for The H.wood Group’s further development and expansion as a globally recognized hospitality brand in the coming years.”

Eight new venues are planned by the end of 2018, including a sports bar called 40 Love, the barbecue concept Slab, and a location of Mason with lounge Blind Dragon is scheduled to open at Found Hotel in Chicago, along with another Mason location in Santa Monica.

In addition, two food-and-beverage concepts are coming to 1 Hotel West Hollywood and the nightclub Bootsy Bellows is scheduled to open in Dallas.

Nick McCabe, CEO of Las Vegas-based Hakkasan Group, said in a statement, “Our relationship with The H.wood Group has been a productive and valuable one. Early on, we identified John and Brian as uniquely talented operators with vision, and we have been impressed with them as strategic partners over the last four years. We look forward to their continued growth and success as an independent Group.”

Hakkasan Group, which is owned by Alliance International Investments LLC, based in Abu Dhabi.