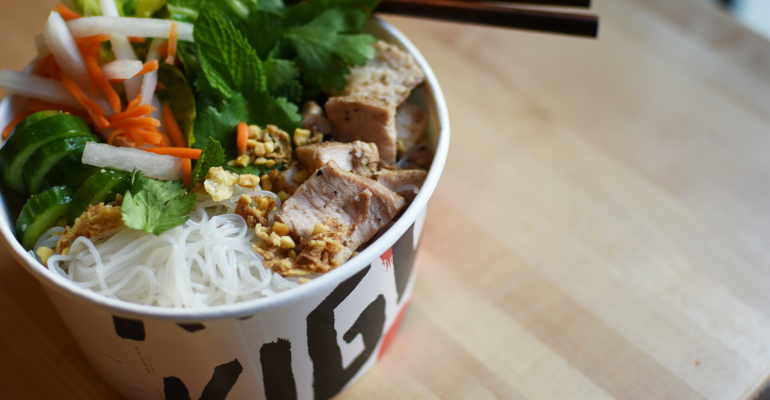 Restaurateur and chef Ethan Stowell, the majority owner of the group, described the move as a merger following his 2017 investment in Kigo, which has four Kigo units in the Seattle area and one in Boston. This deal takes Kigo more fully into the group’s portfolio and will also integrate the talent of the Asian concept’s CEO, Steve Hooper, who will become director of business development for ESR.

Known primarily for full-service independent concepts, Stowell operates about 14 restaurants in the Seattle area, including How to Cook a Wolf, Goldfinch Tavern and Tavolàta. Although the group already includes the more-casual family-style pizza outlet Ballard Pizza Co., the addition of Kigo is a more committed step into the fast-casual segment for Stowell.

“Steve Hooper and I have worked together for a few years, and we like each other and we get along,” said Stowell. “As far as the Kigo side, we would like to see it grow and would like to support more locations. We like the fact that it offers nice healthy options in the fast-casual market.”

But perhaps more importantly, Stowell added, “We like the team that Steve has built. We liked their specialties and we liked their talents coming on board and helping us out.

Stowell said it’s too early to talk about specific growth plans. Once Kigo’s systems are integrated with ESR, the group will look at both expanding Kigo and ESR brands outside the Seattle area, including Tavolàta, How to Cook a Wolf and the pizza brand.

The group, for example, is looking to open a variation of How to Cook a Wolf inside a Nordstrom’s department store in Manhattan that will simply be called Wolf.