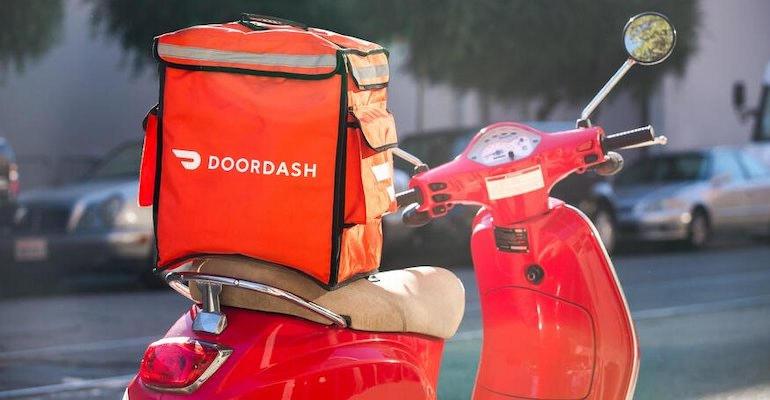 DoorDash
DoorDash is joining its competitors, Grubhub and Uber, on the stock exchange ticker.
Operations>Finance

DoorDash is looking to raise up to $2.8 billion in its IPO

DoorDash is looking to raise up to $2.8 billion in its initial public offering, with plans to sell 33 million shares between $75 and $85 each, the company revealed in a filing with the Securities and Exchange Commission on Monday.

The San Francisco-based food delivery company will release its shares under the ticker DASH, as revealed in its first filing to go public on Nov. 13, reporting a net loss of $149 million and $1.9 billion in revenue through Sept. 30, 2020.

As of two weeks ago, the company’s last private valuation was $16 billion and had thus far raised $2.5 billion. DoorDash now estimates the company will have 317.7 million shares outstanding after the IPO, with a valuation of $25.4 billion at the mid-range price point of $80 a share, and approximately $27 billion at the high end of the valuation, according to SEC filing.

The company has reportedly planned a targeted range of $25 billion to $28 billion on a fully diluted basis, as first reported by the Wall Street Journal. Taking into account the outstanding shares listed in its filing, employee stock options and restricted stock units, the valuation could go as high as $32 billion, according to Bloomberg.

In the SEC filing, DoorDash said it would use spend the proceeds from the IPO on general purposes, like working capital, operating expenses and capital spending.

The IPO valuation is not finalized and could be changed as the company launches its roadshow with investors.

With this public valuation, DoorDash is joining competitors Grubhub and Uber on the stock exchange ticker. Currently, DoorDash has the lead in market value of third-party delivery companies, with 50% of total U.S. local food delivery logistics shares and 58% in suburban markets.