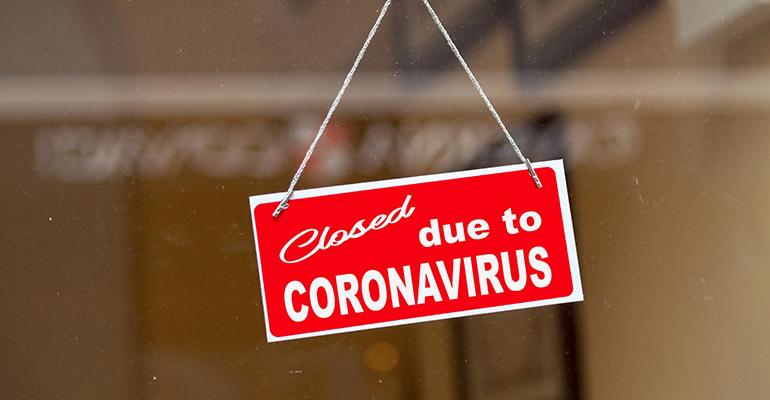 Gwengoat / iStock / Getty Images Plus
Small businesses (particularly restaurants) hard-hit by the pandemic will have a second shot at receiving more loans.
Operations>Finance

From flexible PPP requirements to streamlined forgiveness, these are the key changes between the first and second rounds of relief, according to the National Restaurant Association

Late Monday night, Congress passed a $900 billion COVID-19 relief package, which now heads to President Trump’s desk. The National Restaurant Association broke down the crucial aspects of the 5,593-page bill for restaurant operators, from changes in how PPP loan requirements are distributed to newly streamlined forgiveness.

Here are the key highlights of what restaurant owners should know about this latest round of relief funding for Americans, particularly how the Paycheck Protection Program has been expanded upon and reworked this time around:

For the most part, the way loan forgiveness works in this latest round of PPP funding is roughly the same. Restaurant operators who are applying for a second-round loan should know that the loan remains forgivable when at least 60% is spent on payroll expenses, and that funds must be spent either within eight or 24 weeks for forgiveness eligibility.

But unlike the first round, the forgiveness application process is more streamlined for small borrowers to make the process simpler. Borrowers of $150,000 or less will only have to fill out a two-page form, as we first reported in June.

Although restaurant operators did not convince Congress to pass the much-needed RESTAURANTS Act, which would have set funds aside specifically for the foodservice industry, the new PPP loan guidelines allow businesses under NAICS code 72 (hotels/lodging, foodservice, and bars) to borrow 3.5X their average monthly payroll, while all other businesses only have access to 2.5X their average monthly payroll.

There are new eligible non-payroll expenses

The first time around, PPP loans were meant to be mostly utilized toward employee paychecks, but this time around the Small Business Administration has authorized PPE, cleaning products and services, supplier costs (from perishable goods) and expenses from reconfiguration for social distancing toward forgiven non-payroll expenses. Business meal deduction has also been expanded to 100% for the next two years.

Safeguards were added to give smaller businesses and loans priority

When the last round of PPP funding was released in April, larger chain restaurants were criticized, and later penalized, for applying for and accepting loans, since they were originally designed to aid small businesses.

The new aid package has attempted to rectify some of the original guidelines that allowed larger restaurants (or businesses that don’t need the help) to receive loans. For example, businesses must now demonstrate at least a 25% revenue loss for any calendar quarter in 2020 as compared with 2019, and eligibility has been dropped from 500 maximum employees to 300 employees. The maximum loan ceiling has also been lowered from $10 million to $2 million.

This time around, there is also new support in place for businesses with 10 or fewer full-time employees, both for first and second-time borrowers, but no further information is available on if specific funds are being set aside for those businesses.

Tax deductibility of loans has been clarified

Previously, the U.S. Treasury Department and Internal Revenue Service ruled that PPP loans are not tax deductible, despite pushback from Congress on the issue. But now that loophole has been closed and now businesses can deduct eligible business expenses paid with first and second-time PPP loans, including payroll, rent, mortgage interest, utilities and other allowable expenses, including PPE.

In this round of PPP funding, ERTC (employee Retention Tax Credits) is available for the first two quarters of 2021 and will allow “certain employers” to receive up to an additional $7,000 per employee during those quarters, even if they have already been approved for a PPP loan. The WOTC (Work Opportunity Tax Credit) rewarding businesses that hire and support employees from target groups has also been extended by five years.

Nonprofits are eligible; lobbying is not

In this round of funding, 501c nonprofit organizations with fewer than 300 employees are eligible for PPP funding (as long as they don’t receive more than 15% of funding from federal lobbying). PPP loans are generally prohibited from being used for lobbying activities, which was not a provision included in the previous round of funding.

Non-PPP loans are also being temporarily expanded and enhanced to allow for wider eligibility for small businesses. 7(a) loan guarantee has been increased to 90% with no fees, and there will also be no fees for 504 loans. The CARES Act principal and interest waiver for new and existing loans has also been extended, and loans taken before the CARES Act will now have three additional months of principal and interest paid by the federal government. Restaurants in particular are authorized to take an additional five months beyond the three.