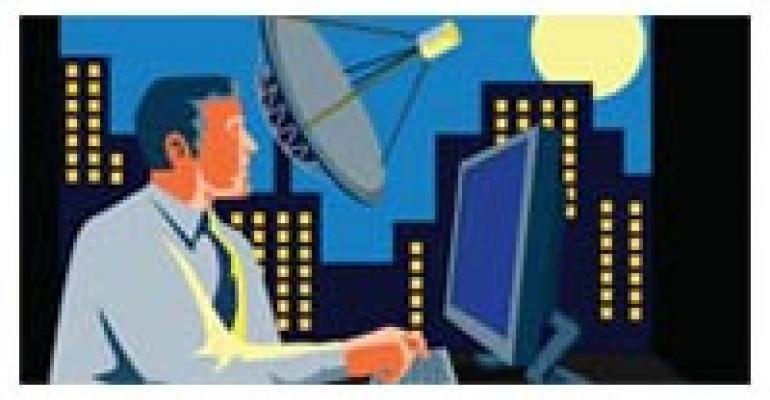 What the Web Can Do For You

Doug Washington was a little baffled — and disturbed — by a scathing review that popped up on Yelp.com the first week his Anchor and Hope debuted in San Francisco last year. “It was just the nastiest, meanest-spirited review you could imagine, and I think it was the first day we were open. I thought it was so evil, I just couldn't let it go,” he recalls. So he tracked down the reviewer and found out he worked at a company just around the corner from the seafood restaurant.

Washington decided to confront the amateur critic. He walked over to the office and introduced himself. “I said, ‘I read your review, and I don't understand what happened that made you so angry.’” The Yelp poster, clearly embarrassed to be challenged this way, apologized and said he probably just had been having a bad day. The detractor agreed to remove the post.

Obviously tracking down every negative comment on a website would be a time-consuming and probably fruitless exercise, and Washington says he no longer frets over the occasional slam on restaurant review sites. But he's still not crazy about them. “I just don't believe in the whole anonymity of it all,” he says.

As Washington and many other restaurant operators have discovered, the internet can be your best friend or your worst enemy. With web searches supplanting Yellow Pages ads, what's out there in cyberspace increasingly forms the first impression people have about your restaurant. It's ever more key to make sure that impression is a good one and that it turns web surfers into flesh and blood guests.

Web dialogs go two ways: What you saying about yourself, and what the outside world has to say about you. How to manage both well is an evolving art.

Older chefs and owners may pooh-pooh the importance of a cyberpresence, but if you want to reach out to a younger audience, you can't ignore it. A study by Forrester Research, now three years old, found that consumers have been paying more heed to online opinions. In 2006, three-fourths of online adult consumers and 92 percent of those aged 13-21 used one or more forms of user-generated online content. With Facebook, Twitter and the proliferation of food- and restaurant-centric blogs and websites, those numbers are no doubt higher today. Adults were more likely to question that content, but their younger counterparts tended to trust it.

“Whether you're putting a page on Facebook or committing to Twitter and actively tweeting several times a day, you can develop another part of the marketing mix that's direct, unfettered and unedited,” says Phil Baltz, owner of the public relations firm Baltz & Company. “Some people find it a more pure way to interact.”

So what are your online options?

Alas, the web has its dark side as well. Figuring out how to handle curve balls from a less-than-adoring public is an art.

“It's crucial that operators watch how a dialog is started and maintained online about their restaurants,” says Baltz. “It's all about balance. You should do what you can and spend some time learning how people are discovering, thinking about and learning about your restaurant. If a lot of people are discovering it through zagat.com, you should find out more about that site. If it's eater.com, you should understand that site.”

One of the biggest sources of indigestion for restaurant owners has been Yelp, an online city guide where average Janes and Joes can either wax poetic or go off on a rant about the meal they finished 10 minutes ago. Yelp typically pops up high in the results list when someone does a search for a restaurant name, and it's gaining steam as a source for opinions about restaurants. For a fee, you earn the ability to post your own description of your restaurant and choose your favorite glowing review to appear on the first page. You can't remove rants, but you can report any review that you think violates Yelp's guidelines, and it may be removed. But you can't have your business name removed from Yelp. Like the reviews it features, it's considered protected speech.

Baltz says it's not practical to respond to every negative review, but he counsels looking at troubling trends that crop up and addressing them. “If someone you don't know has one comment about your restaurant, maybe ‘it's too hot and stuffy,’ that's one thing. But if you see an overwhelming number of comments, all with the same concern, for instance, “every time I go to the bar I have to wait 15-20 minutes for cocktails to arrive,' maybe you should post a response.” But he cautions against participating in a he said/she said dialog online.

Luna Park's Gilbert says he pays attention to negative reviews and contact the critics if they think it's appropriate. Sometimes he offers a gift certificate as a way to right a wrong. And he tries to learn from the mistakes that are pointed out. About once a month, he says, “someone posts something that really resonates with us.”

Still, Gilbert takes everything with a grain of salt, and he realizes some reviews are less legitimate than others. “Someone posted that they weren't coming back because the chocolate cake was not as good, but we didn't have it on the menu at the time,” he recalls.

Probably the best approach is to learn to live with Yelp and other amateur critic-fueled websites — and embrace them for what they do well, which is to aggregate public opinion.

Elizabeth Falkner shrewdly invited the most frequent Yelp contributors in the Bay Area to a preopening party for her latest restaurant, Orson. The party inspired a rash of positive publicity on the site.

Washington says he no longer obsesses over online reviews, instead opting for a decidedly low-tech one-on-one system to determine whether a guest will leave happy or not. “We decided to keep a closer eye on the experience and to be there when they're leaving to ask them how it was,” he says. “I think the day you start to get caught up in taking your input from 100,000 people with 100,000 different needs and wants, you're in trouble.”

If you're aiming for a positive outcome from responding to an online critic, PR News suggests you need to get three things right: target, timing and tone.