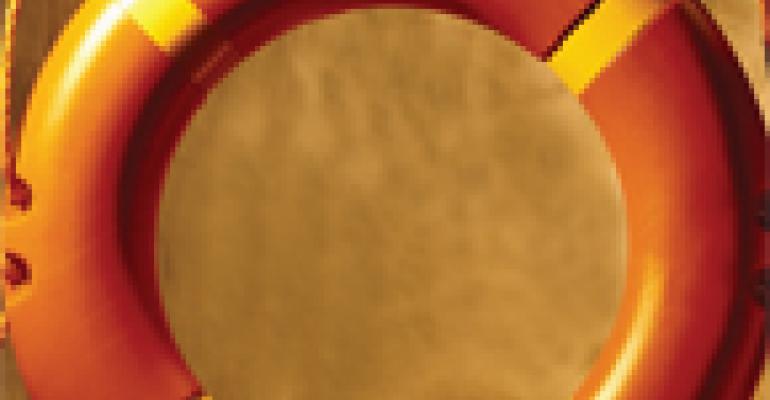 There's no point in pulling punches: This year will be the toughest the restaurant industry has experienced in a very long time. Those who aren't on top of their game face some serious danger ahead. It's time to get nimble and smart.

The National Restaurant Association is always looking for a positive spin. That's its job. But even it can't put lipstick on this sloppy pig we call an economy. While the NRA forecasts industry sales to rise to nearly $566 billion this year (a 2.5 percent increase), inflation will eat that increase alive. Real sales, it projects, will decline by 1.3 percent. That decline will mark the second consecutive year of real-sales declines, which is the first such occurrence in nearly 40 years.

That's the good news. For full-service restaurants, the NRA is projecting an inflation-adjusted sales decline of 2.5 percent this year. But the foodservice industry consultants at Technomic are not so sanguine. They are projecting a whopping decline of 6 percent, citing a dramatic decline in discretionary spending. This all comes following an earlier Technomic prediction that 1,000 casual dining units would close by the middle of this year, primarily because cash-strapped consumers can no longer differentiate one casual concept from another in an overbuilt segment. Technomic says 2009 will be the worst year for foodservice since it began tracking peformance in 1972.

Consumer confidence may be the biggest problem restaurants will face this year, says equity research analyst Bob Derrington. “Consumers are very skittish about spending money anywhere because they are not sure if they will have a job.” When people do decide to eat out, he adds, they want something more than a cookie-cutter experience.

DineEquity, which recently acquired Applebee's, has tried to invigorate the brand by tweaking the menu, changing its promotional message and slightly raising prices. Yet, the market has been slow to respond. Ruby Tuesday also embarked on a two-year plan to set itself apart, even spending $70 million to upgrade its restaurants. But then the market crashed and customers stayed away. As a result, same-store sales for the brand have taken a pounding.

Nevertheless, most industry experts agree that moving to invigorate a brand is the right thing to do for the future. When the economy recovers, those who set themselves apart from the pack will move ahead.

As you might expect, upscale restaurants are taking a hit as well. Technomic v.p. Joe Pawlak predicts fine dining sales will fall by 12-15 percent this year. Even a top player like B.R. Guest Restaurants in New York City, recently closed four of its 17 locations, resulting in the loss of 400 or so jobs.

It's not all bad news out there. The misfortune of some could benefit others who have struggled to find decent real estate for expansion. As many of the bloated, indistinguishable chains have jettisoned restaurant units, better sites have become available. Sure, expansion money is hard to come by these days, but interest rates are dropping, a federal stimulus package is in place and the economy will eventually loosen up. Primo sites may soon be available.

The other good news is that food costs are beginning to decline. The Labor Department reports that fresh and dry vegetables, which increased by nearly 4 percent in November, fell by a substantial 14.9 percent in December. Operators who raised prices to offset rising food costs should see margins expand a little later this year. The government is also projecting the cost of some proteins, including beef and chicken, to fall in the months ahead.

Another bright spot is that the fast-casual segment is doing well as many consumers are trading down from upscale and casual restaurants. The combination of quality food and modest price points in a nice setting is a formula that works, particularly during tough times.

As an example, says Derrington, Panera Bread has registered among the steadiest operating numbers and should remain strong this year. Chipotle Mexican Grill, another fast-casual concept, last year implemented menu price increases of up to 8 percent to offset commodity price increases. “In light of these price increases, it will be interesting to see just how much consumers like Chipotle,” he adds.

Chipotle isn't the only restaurant company to raise prices. The NRA projects 3.6 percent industrywide menu price hikes this year. That follows last year's 4.4 percent increase. Increases may be inevitable, and experts caution that toying with quality or portion size may turn off your customers.

Clearly there are a million factors to consider during a tough economic period, but now is the time to remain positive and focused, says New York City-based foodservice consultant Clark Wolf.

“I believe this may be one of the most beneficial years in a long time because we'll be forced to build some very good business habits, “ he says. “This is no time to waste a crisis. It's time to make changes for the long haul.”

But, beyond all that, remember that the number one reason people go to a restaurant is to feel better, Wolf says. That point bears repeating. Despite polls that consistently find Americans saying they are “eating out less” to economize, dining out is fully ingrained in our way of life. According to a Gallup survey, while the number of people who dine out less than once a week has slightly decreased, those who say they eat out three or more times a week has actually risen from 15 percent in 2005 to 18 percent now. Times may be tough, but people still want and need you.

That's the case for Bravo Development, a Columbus-based company with 75-plus restaurants. According to c.e.o. Saed Mohseni, it opened 13 restaurants last year: eight Brio units (an Italian chophouse) and five Bravo units (family-style Italian). The company, with restaurants in 24 states, plans to open nine more units this year.

“I'm cautiously optimistic about the year ahead,” says Mohseni. “It will be challenging at least through the third quarter. Consumers will be more picky as to where they go and they'll be focusing on value and the experience they receive. It will make operators like us better because we'll respond with higher levels of service, décor and value.”

Last year, the company introduced value-oriented lunch specials, he explained. This year it will make a concerted effort to ensure that there are a wide range of pricing options on the menu. “Consumers are watching what they spend, so we're going to give them more opportunity to choose what they will spend.”

“More than ever, consumers are looking for value,” says Peter Boulukos, who, along with Tim Petrillo, operates a multiconcept restaurant company in South Florida called The Restaurant People. “What they want now is a smaller, well-crafted menu that features great food, pure and simple,” Petrillo says. And when it comes to spaces, he adds, “they want high design and low attitude. They're looking for an experience.”

This takes you back to Clark Wolf's comment about the number one reason why people go to restaurants — to feel better. At Yolo, Petrillo and Boulukos have created a restaurant/lounge concept that is ultimately “approachable and inviting.”

“At Yolo we wanted a place that is warm and comfortable,” says Petrillo. “We created a highly visible kitchen that replicated the idea of a house party where people gather in the kitchen. It's about making them feel good about leaving home and visiting us.”

“It's going to be a tough year,” says Petrillo, “because this is an industry that relies on customers to spend their discretionary income. Those who understand their customers the best will survive and those who don't will fade away.”

He's right. It's time to take care of your customers like never before. It's not about you and how nervous you are in this economic climate. It's about them and how comfortable you make them feel when they come to visit. Focus on that and you'll come out of these troubling times in one piece.