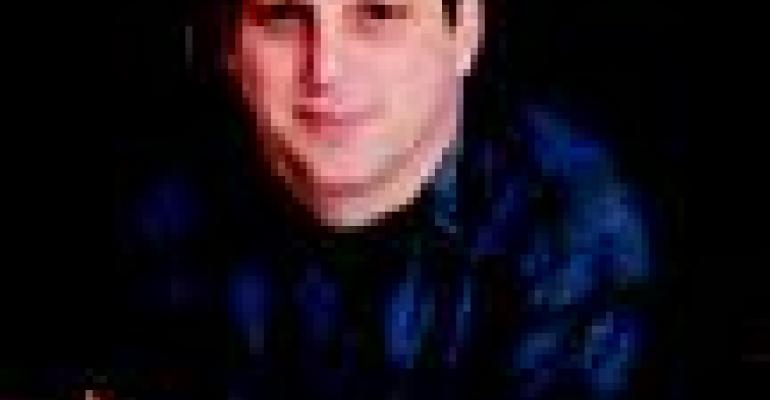 Take a look at Blackbird's Chef Paul Kahan and you'd swear the guy looks like he just rolled out of bed. But the sleepy, laid-back demeanor of this self-effacing superstar belies his maniacal obsession with ingredients. Kahan, quite simply, is a chef's chef.

"He's a publicist's nightmare," laughs Ellen Malloy, who's served in that role for years. Paul is so modest, she says, and he couldn't care less about publicity. "He'll never do something just for publicity."

Nevertheless, Kahan's creative, but uncontrived fare—rooted in both French and American classics— gets mountains of publicity. More often than not, however, it's the press who seeks him out because of his cooking integrity—from sourcing the best local produce and supporting local purveyors, to working with numerous charitable organizations.

Kahan's cooking first caught the eye of the national press in 1999 when Food & Wine named him one of its 10 Best New Chefs. And from there the accolades rolled, including a 2004 James Beard award for Best Midwest Chef. Blackbird, itself, won a Beard Award for restaurant design and Gourmet named it one of America's Top 50 restaurants.

Much of the attention given to Blackbird is a result of Kahan's skill as a chef. But the restaurant weathered its "restaurant of the moment" designation when it opened in '97 because of all four partners' clarity of vision and laser-like focus on innovation and quality.

The owners don't tolerate attitude in their staff or themselves. A guest shows up in shorts and a t-shirt? They're welcomed with open arms. See a napkin on the floor or a table that needs bussing? The napkins gets picked up, the table bussed, by the server, the hostess or an owner. One bartender developed such a rapport with a restaurant regular, he ended up vacationing with that customer in Italy.

There's always an owner in the house, be it Kahan in the kitchen or the other three, serving as daytime manager,-nighttime manager or head server, waiting tables. Owner and bon vivant Donnie Madia is the front-ofthe-house go-to guy. He's as fanatical about serviceas Kahan is about food. The ever-so-dapper Madia has been known to run down cabs for patrons, walk guests to their cars in the rain, umbrella in hand, and on one occasion drove guests to the theater when a snowstorm hit and no cabs were to be found.

"We've been blessed with many accolades which validate the hard work and determination that this team has exhibited since we set out on this voyage," says Madia. "I think that the spirit to keep working really hard will never change. We don't just try hard, we work hard, cleaning and tweaking things and keeping Tom Schlesser's timeless design fresh and beautiful."

It's that authenticity, spirit and dedication that wins Blackbird devotees and converts alike, year in and year out. We expect it will be that way for years to come.