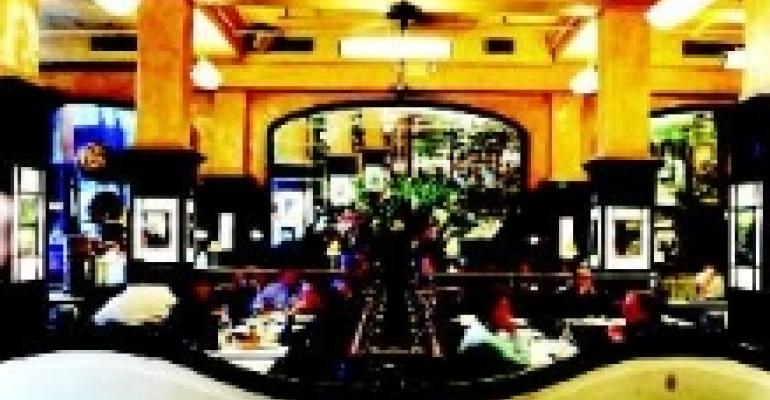 The Beat Goes On

When renowned New York restaurateur Keith McNally and co-chefs Riad Nasr and Lee Hanson opened Balthazar in 1997, they had an instant hit on their hands. Famous for its star-studded clientele, ohsochic setting and superbly executed food, the evocative fin-de-si&ethcle Parisian brasserie was lauded by New Yorkers and visitors alike.

Diners clamored for seafood ranging from the simple moules a la marinere to bouillabaisse; chicken and game favorites that include coq au vin and cassoulet; red-meat classics such as braised short ribs and blanquette de veau; perfect steak frites and sinful chocolate pot de cr&ethme. Freshly-baked breads and heavenly pastries are created in-house at the Balthazar Bakery next door.

Adding to the French vibe was Balthazar's extensive wine list of more than 300 French wines, from country table wines to the great growths of Bordeaux and the Grand Crus of Burgundy.

Reviewers raved. A-list celebrities begged for tables (New York magazine went so far as to publish the restaurant's seating chart with a who's who listing of those getting the best seats in the house and others relegated to Siberia placement).

Eight years later, Balthazar is still going strong. It's moved beyond the restaurant-of-the-moment to beloved city fixture without sacrificing its original high energy and focus on quality food. Hopeful diners can still expect a 30-day wait for a reservation. And you know it's got legs when other noted chefs frequent it postshift. "Chefs like to hang out here because it's open late, we know a lot of them and they get good service," says McNally.

The New York Times in a recent re-review, called it "now authentically worn...while no longer hip, it's still bustling."

The 180-seat restaurant is "a very busy place," notes McNally, open up to 17 hours a day, where its cooks typically turn out, for example, 150-300 covers at breakfast and 250-400 at dinner, plus between meal period covers.

In describing the restaurant's longevity, McNally, whose other well-known restaurant, the Odeon, is still going strong after 25 years, credits consistently good cuisine, a seasoned, hardworking staff and an elusive magical quality that continues to draw new and repeat business alike. "We try not to be snobbish at the door; we attract a real cross section of guests, from those with hole-y jeans to guests in formal wear," says McNally. "Plus there's an excitement to the place; when you walk in the door I think you're transported to some degree.

"Once you get over a certain hump, if you stay around long enough you become an institution that people return to and hopefully that's where we are. I have some great people working here and a structure in place that makes me think it can continue for a long while, but anything can happen in this business and I don't imagine it will run forever."

Not surprisingly, Las Vegas has come a courtin' in the form of casino king Steve Wynn himself, who wanted McNally to duplicate Balthazar at his latest venture, the mammoth Wynn hotel and casino. While he was flattered, it just wasn't McNally's thing. "It was a great offer financially and he was very nice to me but it just wasn't for me. I don't want to duplicate what I've got, not for any moral reason, but simply because it wouldn't work for me. I think it would dilute the original. I like being able to work in Manhattan, be close to my family and office and I just don't have a desire to work in Vegas in order to make a lot of money. I have enough guilt not being in my restaurants enough as it is."