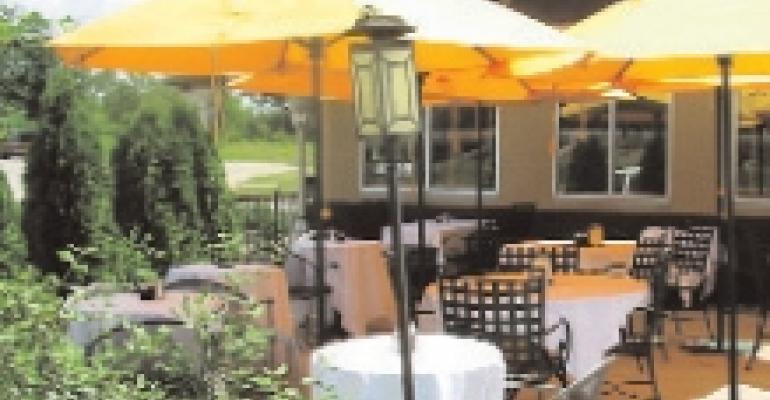 When Paul Khoury and Bill Crooks opened their first Kansas City eatery in 1987, a contemporary diner with a Southwestern flair, they had a simple goal: "To make our house and car payments," says Khoury. The pair had no grand vision and no detailed market research—and not much money, either. Sounds like the story of countless other startups that account for the industry's 85-percent failure rate, right?

But these guys had something going for them: a decade's worth of experience working for one of the era's top multiconcept operators, Gilbert-Robinson, parent company of Houlihans and Annie's Santa Fe, among others.

A passion for quality and service and clearly defined concepts has resulted in Khoury's and Crooks' own highly successful multiconcept company, Overland Park, KS-based PB&J Restaurants. The company's nine units employ 1,000 and racked up 2004 sales of $27 million. And, while the two are way beyond fretting about those car and house payments, their goals remain pretty simple. "The restaurant industry has been the same forever," muses Khoury, president and a director of the company, "but people try to make it too complicated. If you have good food and good service, you'll stay in business and make money."

Khoury's casual attitude belies the years of blood, sweat and tears he and his partner invested in their now-flourishing business.

Restaurants and concepts at the evolving company have come and some have gone, but the current play list includes some sure-fire winners. Chief among them is Yia-Yias, a Mediterranean/Italian concept with two units in Kansas city and one each in Wichita, Denver, St. Louis and Germantown, TN. Grand St. Cafè is the stylish flagship of the company, a one-unit Kansas City emporium that has remained popular since its opening in 1991. The upscale continental-style restaurant holds its own against some area chain heavyweights like Cheesecake Factory, McCormick & Schmick's and Capitol Grill.

Striking interior design is a PB&J signature. Under the direction of long-time architect and associate Hal Swanson, each concept has a rich, distinctive look designed to help customers "get it" when they arrive. Yahooz, a "contemporary cowboy cuisine" eatery in Leewood, KS, feels like an elegant guest ranch with its massive wood beams, ceiling-high stone fireplaces and cozy leather furniture. Newest to the company lineup is Say Cheese, a quick-serve spot set in an Overland Park mall that serves up a simple yet enticing selection of grilled cheese sandwiches, salads and soups.

Concept development at PB&J is a very, shall we say, organic process. "We beg, borrow and steal," laughs Crooks, PB&J's secretary/treasurer and a director. "I'm not above seeing things I like in other places and working them into a new environment. And being able to pull a bunch of different styles together and create a concept based around a menu is something that we do pretty well."

Crooks is the concept guy, putting together the menus and consulting on design; Khoury is more management-oriented and deals with front-ofthehouse issues and service training. Crooks is more of a self-described taskmaster; Khoury, a coach.

"We complement each other because we're both committed to all the details in a restaurant and we have great eyes for quality," says Crooks. "And when something gets out of whack, we identify it pretty easily. We're both real opinionated people, but if we had the same ideas we wouldn't need each other." Together, it works.

WEATHERING TOUGH TIMES
Back in the early days, both men cut their teeth opening restaurants in cities throughout the country for Gilbert-Robinson, competing against each other, albeit in a friendly way, in terms of who could turn in the best numbers. Joining forces in 1987 to open their first restaurant, Paradise Diner, was a gamble that paid off handsomely. They saw first-week sales of $9,000 and "we thought if we could ever get to $15,000 we'd be making some real money," recalls Khoury. "We got to 15 thou, then 20, then 30 and toward the end of its run in the early 1990s we were making $40,000+ a week."

By 2001, PB&J was on a roll, with 11 casual cool restaurants and $30 million total revenue. "We couldn't do anything wrong," says Crooks. "We couldn't order enough $100 bottles of wine in our restaurants, for example, and we had our best year ever."

September 11 changed everything. Highly dependent on expense account business, they saw sales plummet 8-15 percent in 2002 as the economy sank further into recession.

It was time for a change. Crooks and Khoury sold three units and began to think about options that would provide lower check averages (high-quality ingredients with their high food costs accounted for $23-$30 check averages). Along came Red Robin Gourmet Burgers with an offer the partners couldn't refuse. "Their headquarters was next to our Denver restaurant and we got to know them; they were good customers of ours," says Khoury. "We got to talking and we ended up with the Red Robin franchise for Kansas and Missouri. We have three now and three under construction. It's a great concept; they do 40 percent more business from 'tweeners (9- to 12-year-olds) than the average casual dining restaurant, and those kids are the ones making the family decision these days as to where to eat."

Between their own proven concepts and the new franchise business, PB&J is back on track and growing again. On-and off-site catering has added to the bottom line as well. Still, corporate staff remains very lean—just five people work in the main office.

The Midwest market is bouncing back, Crooks believes. "I think a lot people in this industry feel the Midwest is ripe for the picking and so you're seeing the major players, the P.F. Chang's and the Cheesecakes, targeting nontraditional markets like Des Moines and Wichita."

Does PB&J have plans to franchise its concepts? Both Khoury and Crooks say the only concept that might be franchisable is the quick-service Say Cheese, still in its infancy. The others wouldn't work, they say. "We haven't streamlined our operations, and they're still pretty complicated," says Khoury. "All stocks are fresh made; the veal stock alone takes two days to make. Our places are just more difficult to run."

CREATIVE EMPLOYEE LOYALTY INCENTIVES
PB&J prides itself on hiring highly successful, creative people. "Our GMs are the most important people in our company," says Khoury. "We don't have district managers or area managers. The GMs are like owners; we give them partnerships in the restaurants."

All PB&J general managers and chefs are equity partners in the company. Crooks says this has a big impact on turnover. "Giving people ownership enables them to care about the business on a different level, and it inspires them to take greater pride in their work." The company has also found that low manager turnover translates into lower turnover in general.

Oh, and then there are the Harley-Davidsons. Employees who have been with the company 15 years are awarded the primo motorcycles ("I have five to give away this year," sighs Khoury). Office manager Rene Sebus admits she doesn't ride the bike, "but it looks cool in my garage and I'm not selling it!" Still, the gimmick has garnered good publicity for the company.

Managers' stake in the business and the freedom to operate somewhat independently give each unit its own flavor. "All six Yia-Yias are run a bit differently, but we encourage that," says Khoury.

All PB&J general managers and chefs are equity partners in the company. Crooks says this has a big impact on turnover.

Chefs are guided by corporate chef Marc Valiani, "a sharp, sharp guy," Khoury observes. "He's great to work with and teaches our guys how to put out great food at a reasonable price.

"Good chefs don't just want to carry out corporate recipes," Khoury adds. "That's what is nice about us and why I think we're able to draw great talent—because we give them a chance to learn and work."

Crooks agrees. "We give our chefs creative freedom and in some cases 20 percent of what we sell on any given night is a special; we might feature fish flown in from Hawaii or shaved white truffles in season from Italy, and that's what keeps their creative juices going."

What about company standards? "They have to stay within the concept, of course," Khoury explains. "For example, Grand Street must have an all-California wine list and American food. Yia-Yias is a European bistro, so the wine list must have a good mixture of Italian, French, German and Spanish wines. And they're not going to throw in South American dishes there."

PB&J also allows for some menu variances to reflect guest demand in different regions. "We don't try to educate the customer," says Crooks, "we listen to what they want and try to put a menu together that's appropriate for that particular city."

It's all about providing choices and while PB&J restaurants offer some pretty upscale fare, guests have options. "I tell people we're fun dining, not fine dining," says Crooks. "You can come into our restaurants and get a wood-fired pizza or a great short rib with risotto and a good glass of wine for under $20. Or you might spend close to $30 on an upscale entrèe."

And kids aren't just an afterthought. In fact, Khoury marvels at the sophisticated tastes today's kids display when they come into his restaurants. "Filet is the number-one selling item on our kids' menu," he says. "Not the cheese pizza or grilled chicken—they want the filet, or the salmon or the Fettucine Alfredo. At $6.95, we're not making money on the filet, but we want them to come in and feel comfortable," he adds.

When it comes to sourcing ingredients, because Crooks and Khoury are firm believers in supporting local producers, they try to buy locally depending on seasonal availability. They find suppliers for Kansas produce in season and pork from local farmers, for example.

"It's a good process," says Crooks. "We can't do it 100 percent of the time, but we try to keep our money in the communities we're in."

PB&J's concept drawing board includes a seafood restaurant, and there's been talk of expanding to warmer climes, like Florida. "The ability to be creative drives me," says Crooks. "I love doing different concepts and getting in at the nucleus of an idea and seeing it build up. That's what makes Paul and me great partners. He loves to be of service, talking to guests and making sure they're having a great experience. I like the energy involved in the startups, and that's a great combination."