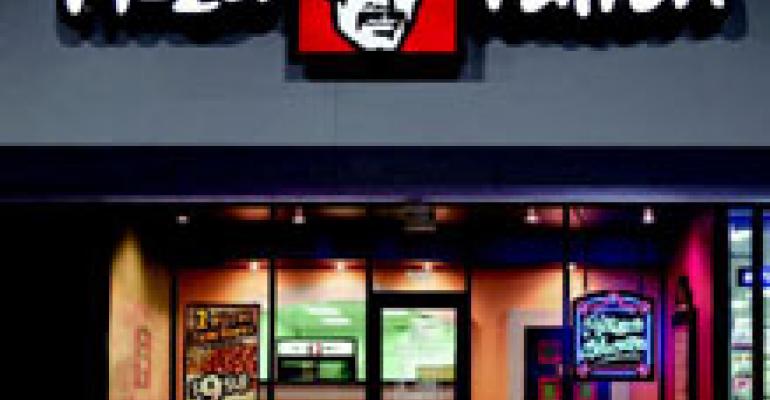 For years, Latinos have shown up as a little blip on most marketers' radar, but that all changed after the last U.S. census. Now, along with Asian immigrants, they represent the fastest-growing segment of the U.S. population. The message is clear: Ignore Spanishspeaking Americans at your own peril.

Antonio Swad, who spent the last decade incubating the Wingstop concept before selling it last spring, thinks now is the perfect time to get an edge in this exploding segment. To do so, he's resurrecting a brand that predates Wing Stop but may have been an idea before its time: Pizza Patrón.

Swad cooked up the Pizza PatrÛn concept when he moved to Dallas in 1986 and opened a pizza place in the Pleasant Grove neighborhood. He quickly discovered that the core clientele spoke mostly Spanish. In a hurry, Swad decided, “we needed to modify the concept. The first thing we did was recruit bilingual employees. Then we changed the name (originally Pizza Pizza, predating the Little Caesar's tagline) to Pizza Patrón.” Bilingual menus were printed as well.

Building on the success of the original store, Swad opened three more locations in Dallas before he became preoccupied with Wingstop, a value-oriented fast casual brand that he launched in 1994. For the following decade, he invested most of his time and energy into building that system. But in the spring of 2003, Swad sold it, he says, even though “it was a perfectly healthy company with unbelievable momentum. I sold it to get back into the pizza business and develop my dream, which is making Pizza Patrón the dominant brand in our segment.”

Birth of a Brand
Andy Gamm, a former advertising executive who had collaborated with Swad on promoting Wingstop, joined Swad's team to head up development. He says the time to cultivate a Latinocentric pizza brand had arrived. “(Swad) knew there was a window of opportunity to develop the Pizza Patrón brand beyond where it was,” he explains. “Because there is more awareness of the growth in the Latino population, more money is being spent by larger companies on advertising to them, and that trend will continue to increase. Pizza Patrón has been doing business for so long in Latino communities that we knew we needed to take advantage of the ability we had to develop a national brand and start putting our time and energy into making something out of Pizza Patrón.”

First things first: Swad and his teamña corporate staff of fiveñ put the brand identity under a microscope and figured out how to give it broad appeal as a national chain. The results took shape at a new prototype unveiled in October 2002 in headquarters town Garland, TX. The new space was dressed up with Latino background music, Latinspiced dècor and bilingual signage promising “Pizza Ahora” ñpizza now. The “patrón” iconñ a benevolent community overseerñbecame more prominent. Potential franchisees have responded well to the tweaked concept. From four locations at the beginning of 2003, the brand is on track to have nearly 50 units open by the end of this year throughout Texas, Arizona and Colorado. By early 2005, the chain should be opening about a store a week; a year from that, development plans call for doubling that pace and opening in markets across the country that have neighborhoods with a critical mass of Spanish-speaking residents.

Pizza Patrón could probably expand faster if not for the company's insistence on working with development partners committed to the idea of a Latino brand. “For our brand to develop in different markets, we have to make connections with the Latino community,” Gamm says. “There has to be a huge commitment by our partner not only to make an effort to run the business our way but to be involved in the Latino community.” So far, the chain has signed on a handful of experienced Latino restaurant operators along with non-Latino licensees who agreed to work with Spanish-speaking partners.

Personalizing the Pizza Experience
PIZZA PATRÓN IS MORE THAN JUST INEXPENSIVE TAKE out pizza. The concept has been carefully engineered to create an emotional bond between each store and its potential clientele in a variety of ways. For instance:

Low menu prices reflect a philosophy that separates Pizza Patrón from its heavy-hitting brethren. The low pricesñthe most expensive choice on the menu is $6.99ñare possible because each store makes its own dough and sauce from scratch. Unlike the better established national brands, which require franchisees to purchase shells, “with our stores, you get the flour and raw ingredients, and when you need more dough, you make it. We're able to keep the costs very low. It would be impossible to maintain the price points we're at without doing that,” Gamm says.

National pizza chains are actively pursuing the same Latino market, but with a different tack. Essentially, they are offering the same product they offer nationally, but spending money on Spanish language advertising. Swad is confident his approach will pay off in the long run.

“In the eye of our customers, Pizza Patrón is a brand that resonates with them in a way Pizza Hut or Domino's never will,” Swad says. “They can buy expensive ads, but (they are) still Anglo brands, and they always will be.”

Besides staying keyed in on the core audience, Pizza Patrón's management is committed to keeping the concept simple. “We get pulled in all directions,” Gamm says. “We're told if we stayed open a few more hours or added menu items, we could do more business. But we've watched other concepts make the mistake of forgetting who they are and losing focus, and then seen their brands decline. We want to be known for what we do best and not for being everything to everyone.”