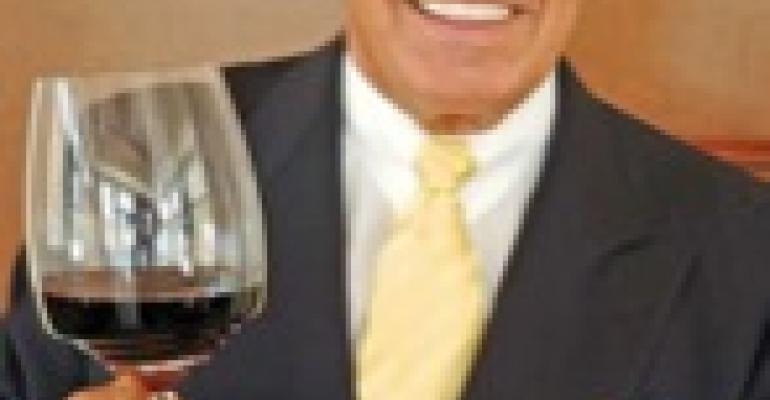 It's not that we lost track of him or that he had dropped off the edge of independency, it's just that he decided—after a checkered and zigzagging career as a very successful independent—to give up independent restaurateuring and, instead, to settle snugly into the food and beverage sanctuary of Florida's fashionably chic and exclusive Boca Raton Resort & Club. There, ensconced as director of food and beverage; sheltered beneath layers of f&b systems and shielded from the public, he was beholden to no one but hotel guests and club members. What happened to him, where did he go? He . . . well, he sort of disappeared, his name and MO rarely surfacing in the media or the community. It was not like him. After18 years, he walked.

His new restaurant, Nick's Fishmarket of Hawaii (nicksboca.com), homage to the first Nick's he opened 40 years ago in Hawaii, opened last fall, just a scone's throw from the resort on E. Palmetto Park Rd. It is his—on again, off again—34th variation on a theme.

There are more than 50 items on the ambitious menu: American entrees, entrees with a Greek twist, a surfeit of seafood appetizers and entrees, and an assortment of Asian and Polynesian specialties. PuPu platter anyone?

Nick's opened in a space previously occupied by a restaurant that wasn't very good. The design is fun and funky. Not much has changed at the brand new Nick's: the service is impeccable (the handle of the coffee cup always set at 4 o'clock), the food is delicious (Nick likes that word), and the title on his business card still reads, "Boss."

RH: How went the opening?
Nicholas: We work at having great openings. You've got to be as good then as you hope to be later. You can't apologize to your guests for bad food or service just because it's an opening.

RH: Why Florida? Why not return to your roots, Chicago, Hawaii?
Nicholas: Yeah, I thought about that. But now I'm a single parent with two daughters, 15 and 16. It's not like in the old days when if I wanted to move on, I packed my toothbrush and some suits and I'm on to the next city. The girls are in high school and they like it here. My priorities have changed: It's not just about me.

RH: You had a great run at the Boca Resort.
Nicholas: There isn't a restaurateur in the world who wouldn't want the experience I had. Eighteen years ago, Michael Glennie, who was the president of the resort, decided to go in a different direction with hotel food. At the time the resort was owned by Chicago-based VMS Realty and many of the players with VMS were good customers of mine at the Chicago Nick's. Michael found out about me and my reputation and we hit it off. He asked me if I'd like come down to Boca and kick some ass. I ended up running two of the fine-dining restaurants there and toward the end—the last five years—I became the director of f&b for the entire resort.

RH: Why leave after 18 years?
Nicholas: When the Blackstone Group bought it, they changed the way the food was being done; they wanted a newer, younger, chef-driven restaurant. They built a beautiful $7-million restaurant and brought the Old Homestead from NYC. That lasted three months. It didn't work and now the resort is operating the restaurant.

RH: Isn't it time for you to step down?
Nicholas: I've thought about stepping down. But I feel good; I love this business passionately. I'm good for the business. The business still needs me because I teach this business. You don't just open the doors and think that's all there is to it. You train; but, above all, you teach. Big difference. Your high school teachers didn't train you, they taught you. But, you know, I still have my plans when I finally call it quits to go to Greece, become a real Greek, settle into that life and die there.

RH: How do you work the restaurant?
Nicholas: There is nothing in this restaurant that I cannot do or that I won't do. I stoop over and pick up rubbish, straighten out napkins, look at water glasses, cook, answer the phones. I talk about eyes. We need to find things that are wrong—and believe me, there are things that are wrong—we need to find what's wrong before the guest does.

RH: You still love what you do?
Nicholas: I get paid to do this—to welcome people into your home, so to speak, and to greet them and to seat them and to entertain them. This was—is!—a dream job. In the hospitality business you are constantly giving and serving. That's what I do, so I surround myself with people who understand the concept of serving. You've got to feel good about making people feel good. You're basically a servant. If you don't want to be a servant, then I don't want you working for me.

RH: You said earlier, "This business needs me." Care to elaborate?
Nicholas: It's all about how the restaurant looks these days, not about the hospitality; that seems to be the emphasis. Nobody talks "hospitality," about how we make the guest feel. This is not just a show with cute décor and pretty plates. Our function is to make people feel good. That's what I'm constantly teaching, so when I say I'm good for the business, at least you can point to me as an example of someone who's doing his best to make sure that the emphasis is on hospitality and making the guest feel good. Half the bars in this country, you can't even get a greeting!

RH: Who's cooking?
Nicholas: Mike Gallusci started with Nick's at the resort. Left for a few years to try something else. About a year ago he let me know he wanted to come back, be a chef again. We work together, taste together and decide together. I don't force him to present anything he's not comfortable with and vice-versa. I've always been involved with the food. We pick the purveyors, buy the food, choose the recipes. We talk about food and the presentation of it.

Mike manages our 22-person kitchen; he's organized, can cook, can lead people and he and I see eye to eye: I need to know, before the guest tastes the food, exactly what it's going to taste like, how it's going to be presented and how it's going to come together on the plate. It's a real simple process. I don't ponder, I don't dwell. If it's good, we're serving it. Our food must be delicious. There's a word that nobody is using. Today, whenever I read something about a restaurant, they talk about food that's "imaginative," "creative," "inspired." Whatever happened to "delicious?"

RH: Share your thoughts about the state of foodservice today.
Nicholas: It's all cockeyed. It's all about the money, all about giving back to the owners and the celebrity chefs. It's not about the people who do all of the prep work and answer the phones and set the tables and park the cars. We're getting away from that. That's a mistake.

RH: It's more about style today than food and service. Is that it?
Nicholas: That's the interesting thing about our business. You can do it any way you want. There are no rules. You can cook any way you want; serve any way you want; design any way you want. I'm sorry I can't get excited about foam and everything else that foam is about. Just give me some goddamn food and quit screwing around with it. It's a chemistry lab out there. I still think when people go out to eat they want food that's delicious and served by a knowledgeable staff. They don't want to have to figure out what it is they're eating or why it's so important or politically correct.