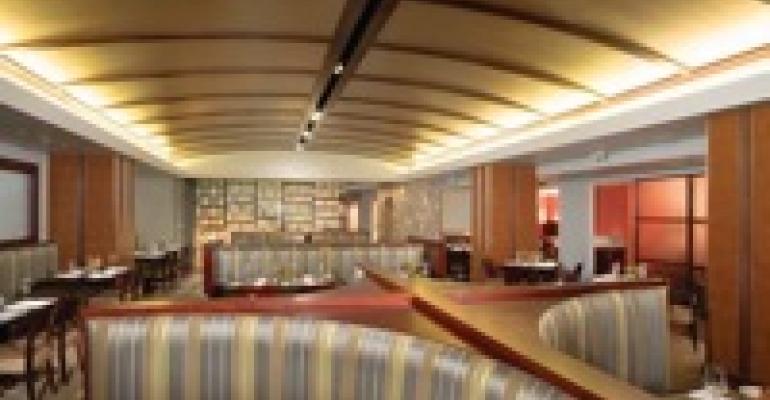 There's a new, upscale eatery in Chicago's River North neighborhood. This chic and modern space, with its dark woods and hues of chocolate brown and vibrant orange, has been described as having an "upscale vibe…sort of W Hotel feel." On any given Friday night, its lounge chairs and sexy banquettes are occupied by some of the city's most fashionable residents. But Devon Seafood Grill's sophistication and style belie its humble pedigree. The three-unit chain is actually the offspring of Houlihan's Restaurants.

The connection is not obvious. Devon shares nothing with the kitschy dining rooms and casual menu most of us associate with the Houlihan's name. But to be fair, even Houlihan's itself has grown up. Gone is the wacky, flea-market style that it, along with chains like T.G.I. Friday's, made famous in the 1970s and clung to through the 1990s.

Big changes came for Houlihan's after the aging company went through Chapter 11 reorganization in 2001, bringing in a new CEO to give the flagship brand a second life. Robert Harnett, former chairman of Einstein's/ Noah Bagel Corp., set the company on a new course, which involved a makeover for the tired Houlihan's brand. Out went the tacky moose heads, replaced by simple, framed art and display kitchens. Potato skins were jettisoned in favor of martinis and little plates of seared tuna.

Which brings us back to Devon Seafood. While Houlihan's Restaurants was growing its eponymous chain, it was also developing other concepts, albeit at a much slower pace. Included in these projects was a small chain of separately named, but alike-in-concept seafood restaurants. These restaurants operated under the names Bristol Bar and Grill in Kansas City and St. Louis, Braxton Seafood Grill in Chicago and Chequers Bar and Grill in Atlanta. When expanding to Philadelphia in 1998, the company adopted the name Devon Seafood Grill, and chose to maintain this moniker while tinkering with plans to expand to 20-plus markets. Houlihan's has since opened Devon Seafood Grills in Chicago and, just last November, Milwaukee.

Devon's strengths, according to vice president of operations and brand steward Lou Ambrose, include its casualelegant decor and its accessible service. "Compared to other upscale seafood restaurants, our ambiance is less stuffy; you would be comfortable dressed more casually. We have the look and feel of someplace you'd go on a regular basis." He says the same of Devon's service. "It's warm and genuine, not stuffy at all, and much more welcoming" than most restaurants with comparable price points.

"We're seafood, but we're not just competing against other seafood restaurants. We're positioned to compete against the entire upscale dining segment," Ambrose says.

The restaurants are chic and sleek in decor, and each is a bit different from the others. All feature community tables, private rooms for even the smallest parties and tucked-away, romantic booths. Even the lounges have secluded enclaves for private conversation.

The company believes Devon Seafood Grill fills a niche that will continue to make it a viable business. "Seafood is a hot item right now," says Ambrose. "Our strategy is to offer creative signature items that people will try once and crave again."

In addition to a broad menu, Devon offers daily specials based on availability. From littleneck clams to San Francisco-style cioppino, there's enough variety to keep seafood fans interested. Any given night features about 10 specials. On offer one recent evening in Chicago were such diverse choices as Lake Superior Whitefish, Costa Rican Tilapia, Norwegian Atlantic Salmon, Hawaiian Mahi Mahi and Rushing River Rainbow Trout. Served with potatoes and fresh vegetables, prices for the specials ranged from $17.50 to $27.50.

The core menu includes such standards as Maine lobster tail ($29.95), shrimp scampi (18.50) and a mixed grill of shrimp, scallops, salmon and a jumbo lump crab cake ($29.50). For inspiration, a team made up of Ambrose, CEO Robert Hartnett and culinary VP Dan Admire travels to top seafood restaurants around the country. Their most memorable experience, Ambrose recalls, occurred several years ago at Striped Bass in Philadelphia, whose grouper, bass and "great, cutting-edge sauces" he still remembers. Such experiences shaped Devon's focus on procuring the freshest possible products and infusing them with bold flavor. "We realized that the successful seafood restaurant would have to evolve the menu and continually move the guest experience forward," Ambrose says.

Ambrose says a core menu makes up 80 percent of Devon's offerings, while the other 20 percent reflects decisions by the general managers and chefs at each unit.

Such autonomy conveys an image of independence for the chain restaurants and also allows staff to tailor a portion of the menu to meet the tastes of their given markets—an important factor as more units are added to the chain.

Ambrose says Houlihan's has taken other small steps to distance Devon Seafood Grill from the core brand, such as borrowing marketing techniques from the independents. "The general manager's and chef's names are on each menu, so guests see it as a one-of-a-kind concept," he explains. In the age of the Internet, such distinctions can be important. Google "Devon Seafood

Grill," and you'll find bloggers who dismiss the concept for being "part of Houlihan's" before they've even visited the restaurant. The creativity factor also works as an incentive for back-of-thehouse staff. Chefs are allowed to invent their own specials only after they've proven they can expertly execute the core menu.

For now, Devon plans to expand at the deliberate rate of two restaurants per year. By contrast, the company will have opened 6-8 corporate (and 10-12 franchised) Houlihan's locations. Despite its smaller numbers, per-unit revenues higher than those of the flagship mean that Devon Seafood Grills will bring in 20-25 percent of the company's sales. Devon will open a unit in downtown Kansas City in 2007, and the company is also looking at sites in Dallas and Denver, as well as second sites in Chicago, Philadelphia and Atlanta. Anticipating success in Milwaukee, smaller markets are also part of the plan, including Columbus, Cincinnati and San Antonio. By 2012, Devon is on track to have 20-25 units open.

As to specific locations, both downtown sites and lifestyle centers in the suburbs are possibilities, says Ambrose. Not surprisingly, demographics are key: a high density of incomes upwards of $75,000, nearby high-end retail and access to businesses and business travelers. Ambrose adds that the company has fielded a number of inquiries from developers.

Calling the Shots
While Ambrose, with input from Hartnett and Admire, steers the brand, two regional managers assist him in overseeing unit operations. Each unit is led by a general manager and a chef, assisted by a small group of managers and sous chefs. Top posts in each unit are usually filled from within the brand, which boasts management turnover rates of just 20 percent. Like most restaurant companies, finding the right leaders is both crucial and challenging. Ambrose says he looks for leaders who "can develop and coach (other) managers to lead and develop teams of players that can execute our brand; leaders that focus on the guest experience and can execute our standards for service and recipes."

On the culinary side, he says, creativity comes second to consistent execution. The problem with most talented chefs, he adds, is that they want to create and put their own mark on the menu and overhaul it as they see fit—a mentality that might work for an independent, but is usually at odds with chain culture. "I look for someone with a good understanding of food and flavor profiles and a good understanding of how to manage people. We've hired some (chefs) that have come from independent operations and have had the freedom to do what they want. Some people find it (the chain structure) tedious, but we believe our core menu and recipes are so good ...why change them?"