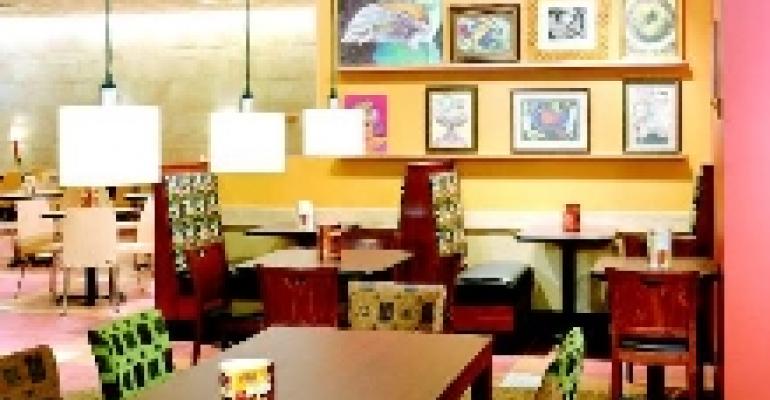 In a relatively brief time, Panera Bread has risen to the top of a niche— the bakery cafè—as no other operator has managed to do. As it nears the 1,000-store milestone, this fast-casual pioneer shows no signs of slowing down anytime soon. In just three years, thanks largely to ambitious expansion, systemwide sales have doubled from $977 million at 602 units in 2003 to an estimated 1.9 million at the 1,030 units expected to be open by the end of this year. During that time, net income has ranged between 7.7 and 8.5 percent, and earnings per share are projected to increase 30.3 percent this year.

Wall Street has been watching. "We continue to believe Panera represents one of the most compelling investment opportunities in the restaurant segment," a Morgan Keegan report declared recently, rating the stock "Outperform." This past May, The Wall Street Journal's Shareholder Scorecard put Panera at the top of the Restaurants and Bars category. The ranking was based on the best returns over one-, five-and ten-year periods. The bakery cafè operator also was rated 28 overall out of the 1,000 largest companies evaluated.

What is Panera's secret ingredient? People can get sandwiches, salads, soups, bread and coffee in a lot of places, so why do they gravitate to Panera? "We're (providing) three things for our customers," says Neal Yanofsky, president of the St. Louis-based chain. "Excellent, high-quality food that is distinctive and real, a welcoming environment and interaction with our people."

INVESTING IN QUALITY
Panera has long been committed to providing a product a cut above the average, and that is not always easy. The company has invested $60 to build 17 facilities around the country that produce fresh dough and deliver it to each cafè daily. Each location has skilled bakers working that dough. Customers may not all leave with a loaf of artisanal bread under their arms, but that's almost beside the point. The sandwiches and rolls served with soups are arguably the best way to showcase the bakers' skills and stress the chain's commitment to quality.

That emphasis on ingredients is "complex, it's expensive, it's difficult to do well—but we're absolutely committed to it," Yanofsky says. "We're the only people who will do it on a national scale."

Similarly, while Panera closely follows trends, the focus remains less on reacting to them than on how they can be leveraged to raise the quality bar because, as Yanofsky observes, "we think our customers know and appreciate the difference." So, when Panera introduced an all-natural chicken in its sandwiches and salads last year, it was important that it look like something people might see in their own kitchens— "real food," the company would call it—instead of the more typical processed product. More whole grain breads have been added to the menu because customers have requested them.

To keep the concept fresh, Panera adds new items and pulls underperformers from the menu about five times a year. The company is always looking for ways to improve on the whole experience, which recently yielded two new developments—kids' meals and a new item, Crispani flat pizzas, designed to boost incremental dinner-time sales.

Instead of commissioning research to figure out what to put on the kids' menu, the Panera staff relied on their instincts as parents themselves. They decided to roll out an all-organic menu for kids, reasoning that parents would feel good about it. Everything from the milk to the peanut butter is organic, and sandwiches (peanut butter & jelly, grilled cheese and roast beef, ham or turkey with cheese) are served on a white whole-grain bread to minimize the "ickiness" factor for kids but still allow mom and dad to feel good about the nutritional value.

Panera locations typically bring in about 20 percent of their business during evenings, so clearly some demand is already there; the new pizzas, which will be served after 4:00 p.m., are designed to bump those numbers up slightly. Diversifying the menu this way was less of a hassle than one might imagine, since all Panera locations already have bakers and stone deck ovens on the premises.

But Panera has not thrived only because of its food. "We think that a warm and welcoming environment is a very important part of the concept," Yanofsky says. That philosophy runs counter to the prevailing wisdom that less-comfortable surroundings encourage quick meals and faster table turns. Panera does things like install fireplaces and comfy chairs and was a leader in offering free wi-fi at all its locations to encourage lingering—and nontraditional daypart business. A new prototype design debuting this year replaces vinyl wallcoverings with more upscale bread-themed art, divides larger spaces into more intimate sections and includes lots of booths in "snug" arrangements because that's where Panera customers like to sit, even if it's not the most efficient use of space. "Instead of optimizing the space, we want to optimize the quality of the environment," Yanofsky observes.

As for the staff, Panera stresses employee selection and training to ensure a certain attitude, something Yanofsky calls " Panera warmth." It translates into a warm greeting, eye contact, handling special orders gracefully and being able to answer questions about what's in a dish. All staffers attend Planet Bread training to learn about the products and the overall culture. As a result, "we think we have people behind the counter who are well above average and happy to be there," he says. Another secret: "We treat people fairly, like adults, the way all of us want to be treated in our jobs."

THE PAYOFF: LOYALTY
The result has been a loyal following, and fans have spread word of mouth so well that Panera spends very little on advertising. "One thing we've found is that our cafes are a very effective machine for turning trials and converting those trials into real fans of the concept and highly loyal customers," Yanofsky says.

Panera has been similarly picky about the 40-some companies it has chosen as franchise partners. Because of its strong operating results, the chain has the luxury of working only with substantial operators, who typically sign agreements to open 15 to 20 stores over a period of years. "We ask a lot about franchisees, we want to get to know them, how good they were at operating other concepts, whether they're financially sound, whether they invest in their people," Yanofsky says. "We also want to be comfortable that they share our values and understand Panera."

Those franchisees, who represent nearly two-thirds of the company's units, are crucial to Panera's success dealing with any potential growing pains. "We are big believers that the more senior people you have closer to the customer, the better your operations, customer relations and service," Yanofsky observes. He points out that an operator with 20 Panera stores is running a $40 million business, which demands a certain level of commitment and business savvy.

At the corporate level, Panera has also invested in the support infrastructure—such as those dough processing facilities, a souped-up real estate and development group and larger product development organization and other support functions—in anticipation of a bigger future system.

"We hate the term 'corporate,' because we know what corporate means: Those are the guys in suits who don't get it," Yanofsky says. "In a lot of ways we still think of ourselves as a little company that came out of St. Louis, a neighorhood kind of company; on the other hand, this year we'll have more than 1,000 locations open. We're as concerned about some of the things that happen as you get large as we are excited by them. We realize it's important to keep the quality and the culture....We have to remember what got us here, not a corporate concept but a terrific-cafè concept," he adds. How many Panera Breads can the world support? No one knows. In markets that would seem to be saturated, such as St. Louis (where Panera is still known by its original name, St. Louis Bread), new stores continue to open. The company has projected it will increase its units by 17 percent a year for the next three to five years. It works in urban, suburban and small town locations. And the first franchise in Canada is expected to open in 2007.

Panera has followed essentially the same business model—a fast casual bakery cafè —since 1993, when now-chairman Ron Shaich, then with Au Bon Pain Co., bought St. Louis Bread Co., a 20-unit artisan bread bakery/cafè chain, tweaking the concept for expansion and eventually renaming it Panera Bread. In 1999, he shed the Au Bon Pain part of the business to focus on Panera, which he believed had broader appeal and adaptability to different markets.

At this point, there are no plans to tinker with the shape or basic premise of the concept, which clearly has proven its strength. Yanofsky says the current format has proven its strength. As for physical adaptations, part of Panera's appeal is the statement its stores make, so mall or other downsized locations are not in consideration, and it's too early to talk about any grocery retail presence a la Starbucks. But don't rule it out.

"We have a highly respected and frankly, loved brand. Are there ways to express that? Yes. But it's not likely in the next year," Yanofsky says.