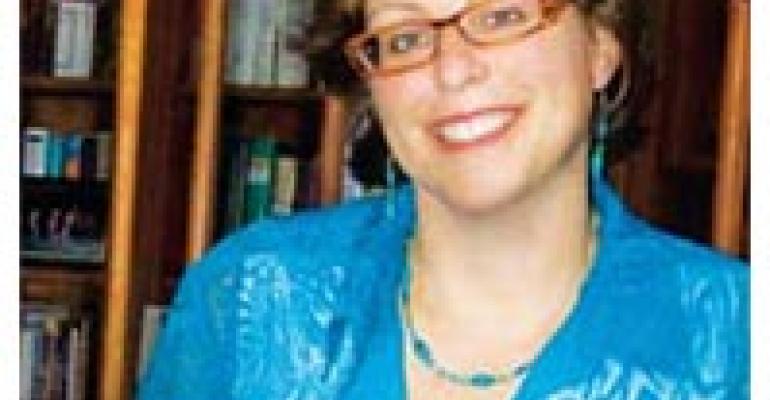 Media Skills, & How to Get Them

If the idea of appearing on television to promote your restaurant or new cookbook gives you the heebie-jeebies, if you turn down offers of speaking engagements without a second thought, perhaps you could benefit from a training course such as “Honing Your Edge: Cutting Edge Media Skills for Culinary Professionals.”

An impressive list of culinary professionals have already completed media training courses with The Lisa Ekus Group. Among them are luminaries such as Marcel Desaulniers, Emeril Lagasse, Mark Miller, Alfred Portale, Steve Raichlen, Charlie Trotter and Norman Van Aken. In 2006, Ekus was named the corporate media trainer for Levy Restaurants and travels several times a year to train chefs on-site at the company's Chicago headquarters.

The many credits of Virginia Willis include serving as kitchen director for Martha Stewart Living Television, producer of Turner South's Home Plate and the DVD Shirley O. Corriher's Kitchen Secrets Revealed! as well as executive producer for Epicurious on The Discovery Channel. She is the author of several cookbooks, including Bon Appetit, Y'All (Ten Speed Press, 2008).

Lisa Ekus-Saffer reports that her requests for media training have quadrupled in the last few years, as chefs and food professionals have stepped out from behind the stove and into the limelight. “It is now a critical component of building a brand and platform,” she says.

At this year's NRA Show in Chicago, Lisa Ekus-Saffer and Virginia Willis offer a session titled “Guerilla Marketing for a Challenging Business environment,” presented in cooperation with Women Chefs and Restaurateurs.

RH: Where does the media component fit into the job description for today's chefs and restaurateurs?

Lisa Ekus-Saffer: Not everybody should be on TV. I would really hate for talented cooks and chefs to feel they shouldn't go down that path because they're not as strong in the media. More importantly, I've had people who want to be a star, and cooking is secondary. The media piece is relevant, but one shouldn't lose sight of the stove.

RH: What skills do you teach culinary professionals?

For culinary professionals, cooking is easy. Add fielding interview questions and plugging a cookbook into the mix, however, and the task becomes more challenging. Whether cooking on television, conducting a radio interview or performing in front of a live audience, media appearances are no piece of cake. They require special skills, detailed planning, and extensive practice.

Virginia Willis: In this business environment, it's important for all culinary professionals to know the message and be able to communicate it, whether it be in a cooking class, a “taste of” event, local newspaper article or on national TV. They all matter.

As cooks, so often we taste, read, learn and grow our palates, but forget about other elements of the business that may not be so romantic but are equally important.

RH: What happens during the training course?

Ekus-Saffer: Participants spend their day under the lights and in front of the camera, taping and critiquing actual television demonstrations of varying lengths.

Willis: We take a look at today's media environment — including television, print and radio interviews — from all angles. Our goal is to replace intimidation and fear with confidence and energy and ultimately to help culinary professionals perform as well in front of the camera as behind the stove.

RH: How can a chef or restaurant operator best prepare for an interview?

Ekus-Saffer: Know what you want to say. What are your message points? Be quotable. Practice, practice, practice. Remember: The camera and mic are always on, and nothing is off the record.

Willis: Certain things are magnified on camera. What really sticks out in the viewers' minds are matters of cleanliness. It's incredibly important to be well-groomed, not to touch one's hair or face, and of course, not to lick the spoon or touch raw, then cooked, food. As chefs, we touch food — many viewers don't. It's all about perception, about being overly clean.

Ekus-Saffer: Think seasonal, color, simple, and sizzle. Make sure it is broken down in steps that appear easy and seamless. It is an illusion from start to finish, so the viewer thinks the dish can easily be completed in those four minutes.

RH: Besides practice, what makes for a great sound bite?

Ekus-Saffer: Short, tight, informative and lively information. Listen to the questions and offer up answers before you are asked. Pay attention to what captures and holds your attention. Learn by reading, listening, watching.

Willis: The most important thing is to get the name of the restaurant, book or product out there at the top of the interview.

RH: In your opinion where do restaurant professionals need the most help?

Ekus-Saffer: How to cook, talk, entertain and inform, all in four minutes. Building self-confidence, and understanding how to lead and shine in interviews is critical. There is a true science behind the art of good media appearances.

RH: How does one choose a recipe for television or live demonstrations?

Willis: The most important part is understanding the time restraints and limitations. It's better to do something incredibly simple and actually do it and teach it, rather than to point at pre-made dishes. No one needs to see a chef chop four onions — boring — but chopping one onion showing proper knife skills and techniques gives useful takeaway information.

RH: What pointers can you offer for media appearance preparation?

Ekus-Saffer: Be neat, well-groomed, articulate and prepared. Practice before you actually go on the show. Stand straight — no “chef hunch” — and have clean, well-manicured hands. Have your set well-organized and neat as well. Less is more on-set. Clutter is distracting.

Willis: All media appearances and interaction are likely to require recipes — for the TV station website, for cooking class attendees, for newspapers or blogs. A real recipe that normal people can follow, not a sloppily written chef's recipe.

As a food writer, if I request a recipe and am not given one in a reasonable amount of time, I will not seek out that chef for a quote or recipe for my next article. It's very important, and I consider it standard equipment in what we call the Media Tool Kit.

RH: Any final words of advice?

Ekus-Saffer: Smile. Have confidence, conviction and clarity. Be prepared so you'll relax. Make food fun for the viewer/audience, and you'll have fun. Don't be afraid to let your passion shine through!

Willis: Media skills are going to become part of culinary training, just as important as business classes in food costs. It's all about the bottom line. A well media-trained culinary professional is going to have an edge over competitors.

We all love food. We are a lucky group that gets to do what we love, and love what we do. Media interaction is just one more piece of the pie.