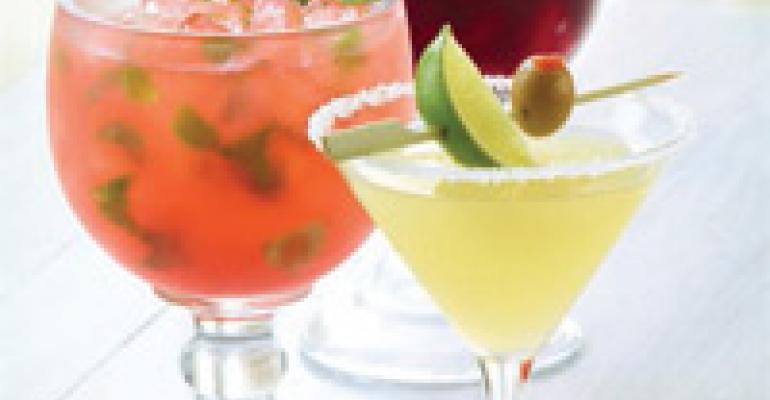 Despite the recession, your patrons are still thirsty. How can you get them to drink with you?

BLUE PLATE RESTAURANT COMPANY, which this year will open its seventh restaurant in the Minneapolis-St. Paul market, is selling a lot of wines by the glass at all price points, despite the economy. The company installed wine preservation systems at three of its locations, which allows the restaurants to break that out-of-reach $90 bottle into a more approachable $30 quartino, or about 1.5 glasses. “In this economy, people might not be ordering the most expensive entrée, but they are still drinking. This is a little luxury,” says Stephanie Shimp, v.p. of marketing.

Blue Plate and other operators have figured out how to pry customers' wallets open a little wider for beverages, even as those customers are economizing elsewhere. How do they do it? Let us count the ways.

Tiffany Derry and Tom Foley plan a fried-chicken concept for underserved communities
May 20, 2021