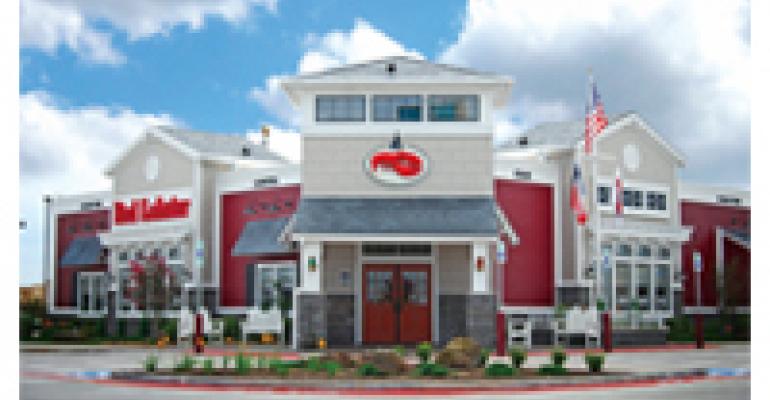 It's good to be one of the world's largest company-owned and operated restaurant conglomerates. When the strong economic winds blow, Darden, with its $6.7 billion in annual sales, has the deep roots (and pockets) to hold on tight. But Darden gets our nod for Chain Operator of the Year because it's doing far more than riding out the storm. Under chief executive officer Clarence Otis, the 1,700-unit company is putting up some impressive numbers at several of its well-respected brands, including Olive Garden, Red Lobster and LongHorn Steakhouse.

Bob Derrington, an analyst for Morgan Keegan & Co., has been studying Darden for some time and says he's convinced the company's aligned to continue outperforming its industry peers in the casual dining segment.

“Our (Morgan Keegan) confidence is rooted in the company's deep senior management team, compelling consumer brands, considerable operating economies of scale and a strong and stable balance sheet,” he wrote after attending a recent Darden investor and analyst conference. “While the economy and the restaurant industry could continue to struggle with weak consumer spending, we believe Darden and its larger Olive Garden and Red Lobster brands are poised to outperform most industry peers.”

Of course, outperform is a relative term. In an economy that has gutted consumer-spending dollars, restaurant sales in nearly every category have been stagnant. The foodservice consultants at Technomic, who saw the handwriting on the wall late last year, even went so far as to predict that 1,000 casual dining units would crash and burn this year. Consumers have neither the money nor the interest in dining at casual concepts that look too much alike, says Technomic's Ron Paul. Despite the sour economy and gloom and doom predictions, Darden has bucked the trend. During March, April and May companywide sales grew by eight percent over 2008 levels, driven by new restaurant sales growth at its big three brands — Olive Garden, Red Lobster and LongHorn Steakhouse.

Darden did, however, revise plans to open up to 80 new stores in fiscal year 2010, which began last month. It now says 72 may be the limit. But Darden is opening new restaurants and customers are eagerly visiting its big-name brands. That is far more than what many casual restaurant chains can say. This explains why it recently affirmed its long-term, top-line growth goals of seven to nine percent.

Olive Garden is the big boy in Darden's portfolio, with more than 670 restaurants that contribute $3.1 billion in annual sales. Average unit volumes are $4.8 million. According to Drew Madsen, c.o.o. and president of Darden, Olive Garden performed so well in terms of market share that the company is planning to add between 20-32 units in fiscal year 2010. The brand has the potential to operate between 800-900 units in North America. In its fiscal fourth quarter (March, April and May of this year), Olive Garden generated sales of $890 million, which represents an increase of 11.5 percent over the same period last year.

Red Lobster, a 39-year-old brand, is the world's largest casual dining seafood restaurant concept, with nearly 700 restaurants. Average unit sales are $3.8 million. Red Lobster outperformed its competitors in the seafood category on the strength of its wood-fired grilled menu, which it introduced last year. It was the most comprehensive menu change in the brand's history, and it contributed to keeping Red Lobster fresh and customers interested. Also contributing to Red Lobster's success has been a remodeling initiative. Red Lobster's newer units are warmer and more sophisticated. It plans to remodel approximately 50 more restaurants by next May.

Darden aquired LongHorn Steakhouse in October 2007 from RARE Hospitality. Despite the economy, the chain has performed well under a directive to transition the brand from a roadhouse-style concept to a more sophisticated steakhouse. It, too, is undergoing a remodel that will make its 321 restaurants more urbane. A new menu design and elevated service levels have contributed to the strategy of positioning the brand as a steakhouse. Darden plans to use its advertising muscle to bolster the brand's new image. With average unit volumes of $2.8 million, LongHorn posted sales of $239 million in March, April and May, which represents a 6.5 percent increase over the same period last year. That increase was helped by the addition of 16 new restaurants.

What makes the performance of Darden's big three so impressive is that the Darden brass has resisted the deep discounting that so many of its competitors initiated to put butts in seats. Now, many of the analysts are saying that in most cases, discounting and couponing did not lead to big improvements in customer traffic [see Editor's Letter, page 6]. Darden's top dog, Clarence Otis, says the company will continue to resist offering discounts, noting that the course his management team has charted is on track.

Darden's other three smaller brands, which it categorizes as specialty concepts, have not fared quite as well. The Capital Grille, an upper-end steakhouse concept, has had a rough go as have most premium steakhouses in this economy. Declines in business travel and spending have depressed sales, which were down by nearly 10 percent in the fourth quarter. Nevertheless, it is well positioned when the economy recovers. Readers of Consumer Reports gave it the highest score of any steakhouse chain in America, and even ranked it at the top of all full-service chains. Darden plans to open three units over the next fiscal year.

The 24-unit Bahama Breeze brand registered fourth-quarter sales of 7.6 percent over the same period last year. But Darden has been looking at a smaller, more efficient prototype that is exceeding sales and return expectations (based on a unit opened in Wayne, NJ). This is encouraging in light of it closing 15 units of the island-themed concept between 2004 and 2007. The units that are currently operating are producing an impressive $6 million in sales annually.

Seasons 52 is Darden's fresh grill and wine bar concept known for its healthful menu, which features fresh, seasonal foods 52 weeks a year. The 10-unit concept, with relatively higher check averages, is experiencing a tougher go in this economic environment. Darden, did, however, open its first unit outside the brand's Southeast footprint, in Cherry Hill, NJ. It also recently inked a deal to open another unit in King of Prussia, PA.

In one of the harshest operating environments in a long time, Darden experienced one of its finest fiscal years (ending in May), says Otis. Despite the challenges, it had a very, very solid financial performance. “We think we are well-positioned to succeed in tough times, but our performance gives us confidence that we are going to emerge an even stronger company,” he says.

If any restaurant company deserves to pat itself on the back, it's Darden. And for its efforts, we declare it our Chain Operator of the Year.

Darden's specialty concepts — The Capital Grille, Bahama Breeze and Seasons 52 — have had a tougher go of it than its big three, though they are well positioned for future growth.