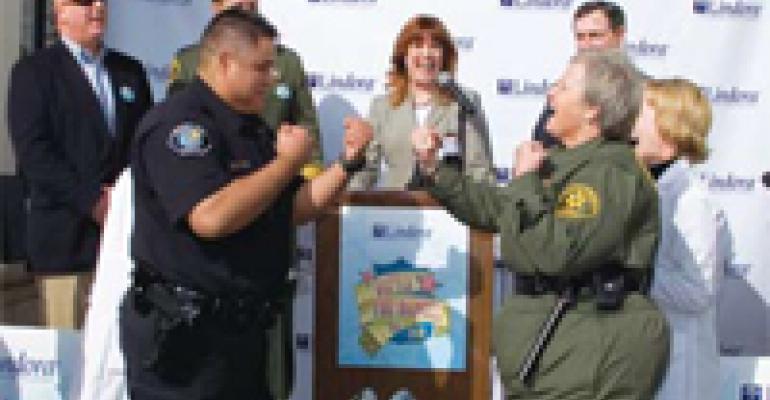 The Biggest Losers Will be the Winners

Fast casual restaurants seldom have the opportunity to do good for others in their community while simultaneously reinforcing one of their principal marketing messages. But that's what Costa Mesa, CA-based El Pollo Loco pulled off when it partnered with weight management specialist Lindora Medical Clinic to sponsor “Battle of the Badges.”

The weight-loss contest was designed to help members of the law enforcement community get into shape and stay there, while also educating the general public about the dangers of being overweight and the options they have to overcome the condition. The battle began with a weigh-in on Jan. 23 that established baseline weights for competitors from both the Orange County Sheriff's Department and the Santa Ana Police Department. Participants then entered a 10-week Lindora program that emphasizes an “eat better, move more and stress less” philosophy and combines diet, exercise and motivational tools that can help accomplish those goals. Among the better-for-you dining options: El Pollo Loco's Chicken Tortilla Soup and Skinless Breast Meal. A $50 gift card got each participant started.

El Pollo Loco president/c.e.o. Steve Carley and Lindora president Cynthia Stamper Graff presided over the initial weigh-in. Both will be on hand later this month for the contest's finale. No matter who prevails, El Pollo Loco will remain as the only restaurant chain to offer Lindora Lean for Life menu items.