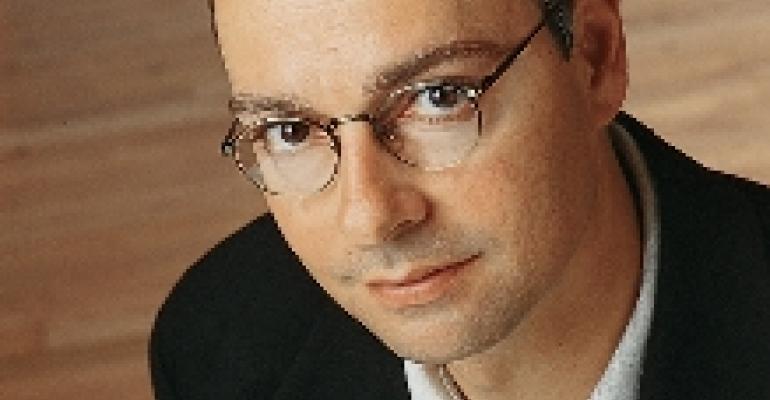 Think of Them as Well-Bred Mom & Pop Restaurants

If you go to this month's Book Report on page 46 you'll find a review of Phil Romano's book Food for Thought. He is one of the country's great concept creators, having developed more than 25 different concepts, including Fuddrucker's, Romano's Macaroni Grill and Eatzi's. In the book, Romano offers an interesting prediction based on the observation that momandpop restaurants are fading away because of their inability to compete with big chain restaurants.

Though Romano built a $10 billion empire by creating big chains, he laments the loss of "creativity and nonconformity" that independent restaurants bring to the table. Nevertheless, he suggests that the independent spirit will survive, albeit in another form.

Romano says the next wave of independents will come from the ranks of chain managers who eventually decide that if they can successfully run a restaurant for a multi-unit company, they might as well do it for themselves. He writes that there are growing examples of these people opening independent restaurants that are "quite good."

I don't know if the conversion of chain operators to independents is a new and substantial phenomenon, but it certainly poses an interesting scenario. More than a few times I've discussed in this column the on-going struggle independents have faced to survive against powerful chains. And, without a doubt, many of the independents who were crushed under the weight of The Cheesecake Factories and P.F. Chang's will not be missed. With that said, there are plenty of very good independents who are struggling to compete against powerhouse chains with powerhouse budgets.

If Romano is right and a new breed of independent surfaces in a big way, the playing field will get that much more complicated. The chain-to-independent converts will face the same issues as other independents, but you can bet they will be much more sophisticated and savvy than mom-and-pop operators. They'll not only have the skills to give the chains a run for their money, they'll also be formidable competitors for traditional independent operators.

Small restaurant operators certainly don't want to hear stuff like that, but at least there will be more independents to go up against the big chains.

So long, Chicago!
By now you've probably heard that the National Restaurant Association is looking to move its Restaurant Hotel-Motel Show out of Chicago, the second-largest convention held in the city. Logistically, Chicago could not be more perfect with its central location and easy-going manner. However, if you've every had to deal with the city's convention center—McCormick Place—you know that the labor unions there are not so easy or inexpensive to work with.

The NRA is considering a move, after 56 years in Chicago, to either Las Vegas or Orlando. Personally, I've always been a big fan of Chicago, but if it must move, I'd much rather go to Las Vegas because of its restaurant scene. Orlando is a yawn. We're not likely going to get a vote on the matter, but here's a chance to let the NRA know what you think. Email me with your printable thoughts.