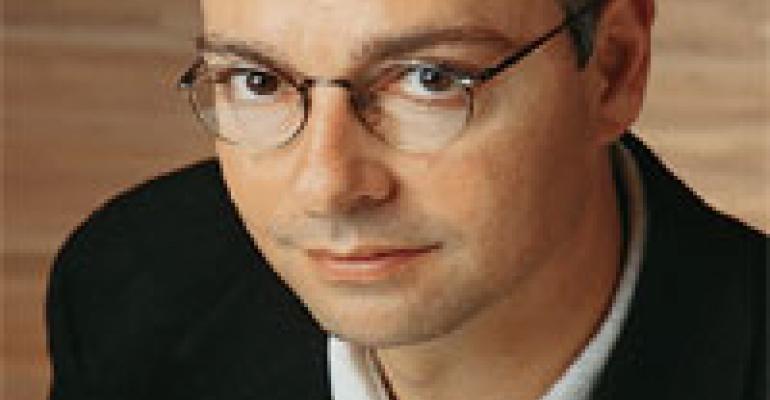 Service Is Really Bad; Hardees Is a Joke

When you consider that N.Y.C. is the most competitive restaurant market in the nation, you’d think that operators there would be on their toes more than most. Really bad restaurants don’t survive long in that environment. Yet, poor service is the number one complaint there and around the country.

I feel the pain . . . often. Eight of us from the magazine recently visited a new Mexican restaurant in downtown Cleveland. I called to make a reservation. “We don’t take reservations,” I was told. I explained to the reservationist that I can’t take the risk of showing up with eight people and then getting shut out. Our time was limited during lunch. “Come in around 11:45 and there should be no problem,” I was told.

We showed up as instructed. “How many?” the host asked. “Eight,” I replied. And he proceeded to let out a deep gasp of despair. “That’s going to be tough,” he said. “I tried to make a reservation, but was told you did not take them,” I said. “We don’t. We can’t,” he replied. “You can,” I insisted. “I call up, say I need a table for eight and, you say ‘yes a table is available’ or one is not.” “You don’t understand,” he said. “Clearly,” I said, “you don’t understand how reservations work.”

Having been an editor of a restaurant magazine for years, I understand there are reasons why restaurants don’t accept reservations, but this gentleman’s explanation was unsatisfactory. He was clearly not trained to communicate the no-reservation policy. Nevertheless, the eight of us were escorted to a lower level dining room that was completely empty. And from there the experience continued to erode. The concept of employee training has eluded management there. We have no inclination to go back.

Everyone in this business is looking for a point of differentiation. Before you redecorate, revamp your menu or implement any number of other changes, take a look at your service. And take a look at it from a table while you eat. It’s a different experience when you see it as a customer. You’ll get great service. But look all around the room and see how others are being served. If you do this frequently, your servers will drop their guard. And then you’ll see how to make your place the one customers prefer.

What the hell is Hardee’s doing? Last month it introduced another atrocity: the Country Breakfast Burrito, which has 920 calories and 60 grams of fat. It comes on the heels of its Monster Thickburger (1,420 calories and 107 grams of fat). I’m sure the marketing geniuses there are high-fiving each other because of all the publicity. It even caught the attention of Jay Leno and others who are making jokes. Hardee’s, you’re the joke—a bad joke. This crap you proudly promote and serve is an embarrassment to the industry.