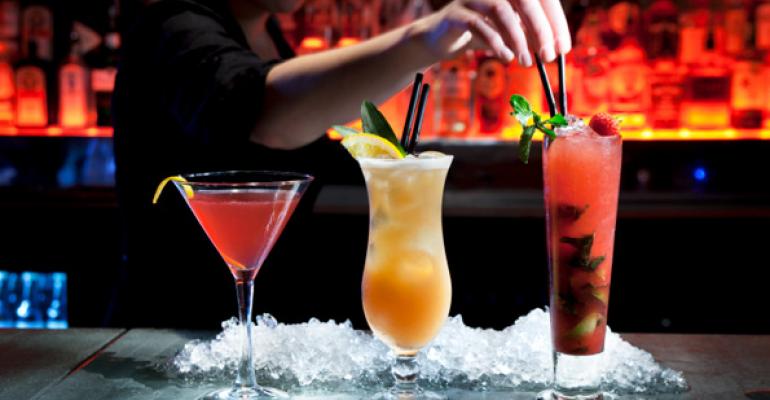 'Star of the Bar' title up for grabs

Mixologists looking to become this year’s “Star of the Bar” will have to survive a gauntlet of judges, including celebrity chef and TV personality Anthony Bourdain, at the International Wine, Spirits & Beer Event in Chicago running concurrently with the NRA Show.

The nationwide search for the most impressive cocktail begins with online and video submissions and then brings six semifinalists to Chicago’s McCormick Place to compete for the title and the $5,000 grand prize.

“The Star of the bar competition is an exciting way for mixologists to test their skills against each other to see who can shake, stir and muddle the most imaginative and marketable cocktail of the year,” says Jeffrey Davis, convention chair for the National Restaurant Association Restaurant, Hotel-Motel Show and IWSB, and the c.e.o. of U.S. Beef Corp. “The competition is judged by both the public and industry peers so it allows mixologists passionate about crafting cocktails their time in the spotlight.”

Professional mixologists vying for the title will need to create a signature cocktail recipe featuring American Harvest Organic Vodka, create a YouTube video no longer than two minutes describing and mixing the drink and then submit an online entry by April 19.

An IWSB panel of judges will pick five semifinalists and the general public will choose a sixth through online voting from April 22-24. All six will be flown in to demonstrate their drinks live on the exhibit floor May 19 at IWSB, before even more rounds of judging determine the winner.