/sites/all/themes/penton_subtheme_restaurant_hospitality/images/logos/footer.png
Recent
Recent
5 food and beverage innovations at the restaurant show
May 25, 2022
T2D Concepts develops revolutionary franchise model in Roots Chicken Shak
May 24, 2022
Eight interesting foods at the National Restaurant Show that were not plant-based protein
May 24, 2022
New on the Menu: Caviar fries and shrimp sinigang
May 20, 2022
The first NFT marketplace for restaurants could be the next frontier in digital loyalty
May 19, 2022
Featured
Meet 4 emerging NYC concepts
May 16, 2022
Savannah restaurateurs Mashama Bailey and Johno Morisano open two concepts in Austin
May 02, 2022
Denver's oldest brew pub, Wynkoop Brewing Company, is getting a fresh start
May 02, 2022
Chef Danny Grant opens café/gourmet market in Chicago with a European vibe
Apr 28, 2022

Starbucks is buzzed about tea. Should you be, too?

Can Starbucks create a boom in tea like it did for coffee? 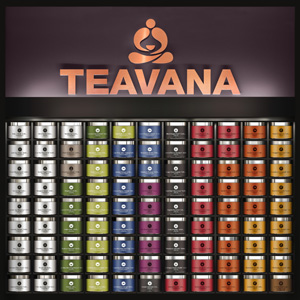 Starbucks c.e.o. Howard Schultz declares that with his company’s $620 million all-cash acquisition of 300-store tea retailer Teavana, “We will do for tea what we did for coffee.” We’re praying he’s right, because Starbucks’ success redefined the coffee category in a way that, unintentionally, enabled most restaurant operators to charge more and make more from their coffee programs. Tea could be next.

The original genius of Schultz and Starbucks was to recognize that coffeehouse culture could be developed in the U.S. and that customers would pay significantly more for coffee and coffee drinks in a coffeehouse setting than they ever did in restaurants. From that single insight, Starbucks has built a chain of 20,000-plus coffeehouses in 61 countries that brings in more than $13 billion a year. The trickle-down effect on restaurants has been that most operators now serve better-quality coffee and coffee drinks than they did before Starbucks came along. Even better, they make much higher margins per cup, thanks to Starbucks’ standardization of premium price points for coffee.

Now Starbucks has set its sights on the tea market, which it notes is the world’s second-largest beverage category.

“We believe the tea category is ripe for reinvention and rapid growth,” says Schultz. “The Teavana acquisition now positions us to disrupt and lead, just as we did with espresso starting three decades ago.  Teavana’s world-class tea authority, coupled with the romance and theater of the retail experience that is the heart and soul of Starbucks heritage, will create a differentiated customer experience and business opportunity that delivers immediate value to shareholders.”

We don’t know how romantic and theatrical the average Starbucks customer finds his or her coffee-buying experience these days. But Teavana’s current in-store vibe could use some help. Most of the chain’s stores are in malls. The stores’ “teaologists” help guests choose from among 100-plus varieties of loose-leaf tea for offsite consumption. Starbucks envisions adding tea bars that will offer tea and tea-based drinks under its ownership.

But is Schultz right about the opportunity tea presents in the U.S.? As the accompanying infographic shows, roughly half of Americans—160 million people—now drink tea on a typical day. However, 85 percent of that is consumed as iced tea, of which there are plenty of high-quality options available in both retail and restaurant settings. If Starbucks is going to cash in on what it sees as untapped demand in the tea category, it’s going to have to come up with some innovative offerings in a hurry.

Restaurant operators should hope Starbucks does. Few items offer the pennies-on-the-dollar food costs associated with tea, and the well-documented health benefits linked to many kinds of tea should help create a bigger market for it.

Keep a close watch on what Starbucks does with its Teavana acquisition. As was true for coffee, it may show you a way you can make more from a beverage category than you thought merely by following in its footsteps.