This coffee isn’t instant coffee or tea. It’s nitrogen-sealed single-serve bags of coffee that are frozen at the moment of peak freshness for a cup of coffee in five minutes. Partnering with brands all across the country, Steeped’s individual packets are shelf-stable for six months after packaging and, when brewed, the coffee won’t get too saturated to the point of bitterness, as might happen when brewing tea with a traditional tea bag.

The Z Series is a stackable, automated brewing system that makes cold-brew coffee in a fraction of the time. In an hour and a half, the technology produces the perfect cup of cold brew, faster than the typical 24 hours, by moving the grounds to get further infusion which speeds up the process. PicoBrew also has an online library of recipes available.

The power to transform a keg dispenser into a draft cold-brew coffee station is here. Perlick has introduced a way to brew iced coffee with a standard beer keg dispenser. This adapter has an optional add on of a Nitrogen Cylinder for nitro brew and is compatible with any coffee or cold brew concentrate. 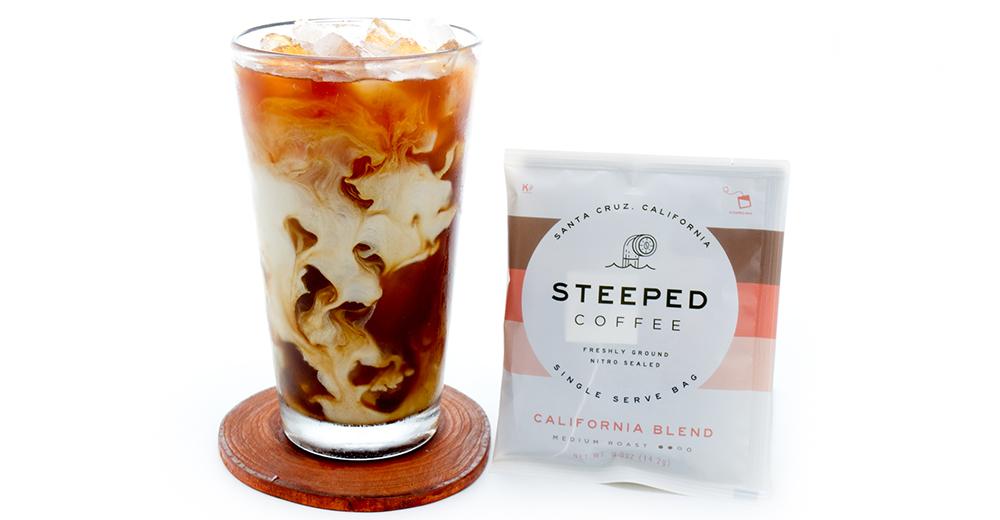 Next Up
Five new machines that brew a better coffee experience, from nitro cold brew to infusions
Start Slideshow ›