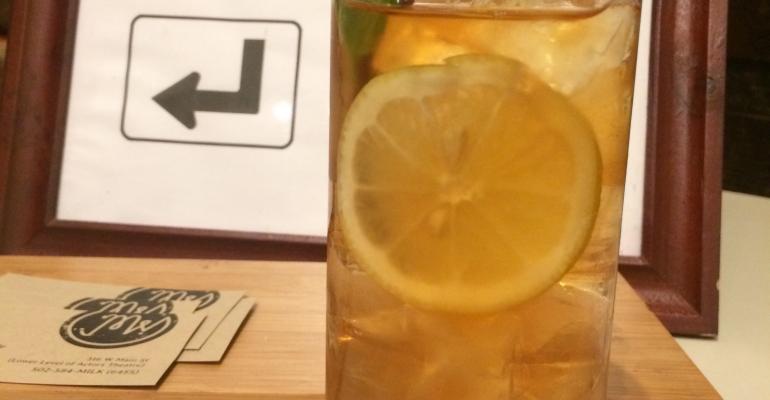 There’s a lot of talk of functional beverages — drinks that provide extra energy, or calming effects, or stomach-soothing probiotics, or pH balance, or any number of other real or perceived benefits — but they’re nothing new. Tea, probably the oldest functional beverage, has been drunk in China for thousands of years, and it remains a global sensation: The world used 5.5 million metric tons of tea leaves in 2016, according to the United Nations Food and Agriculture Organization, and it’s holding its own against upstarts. Tea consumption rose by 4.5 percent annually between 2006 and 2016.

Part of that growth is due to the fact that tea-drinking countries like China and India are getting richer and can afford to buy more of it, according to the FAO. But American operators are also using tea’s health halo, complex flavors and, usually, low cost, to make more potent beverages.

Related: The many faces of cold brew and other drink trends

They also use caffeine-free herbal infusions, sometimes with fruit added. 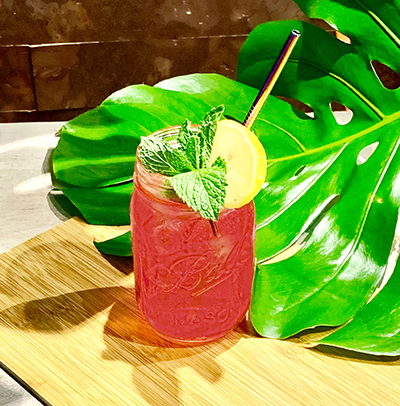 Sanctuary T, a teahouse and restaurant in New York City, has been up and running for about 10 years, and owner Dawn Cameron said, “What’s really gained traction in the past few years is our bar.”

That includes cocktails, like one that tea mixologist Julio Lourido makes with tequila infused at room temperature for between 45 minutes and an hour with Lapsang Souchong tea leaves and then mixed with honey, ginger and lemon, and garnished with an orange slice topped with brown sugar, cinnamon and tea leaves burnt to ash.

But customers are also attracted to the simple option of ordering a shot of booze of their choice to put in their iced tea, which they can do for around $5 to $6.

One of Sanctuary T’s most popular spiked iced teas isn’t technically a tea, but freeze dried, spiced, watermelon pieces that are brewed like tea, chilled and mixed with lemonade for an extra fruity take on the Arnold Palmer. Customers enjoy it with a shot of vodka, whiskey or rum.

She said the drink is “pretty much the best drink you can have in the summer — not too sweet, not too boozy, and a little caffeine makes it the perfect day-drinking cocktail.” 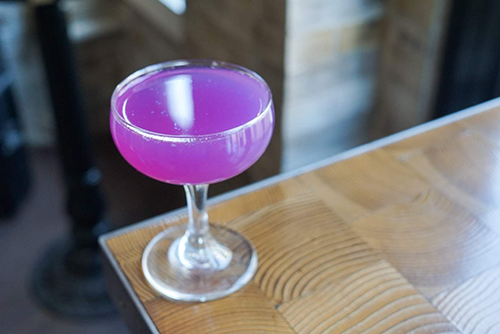 “I saw a trend in color-changing beverages and wanted to find a way to incorporate that technique into one of our cocktails using purple butterfly-pea flower tea,” she said.

That tea changes colors when acid is added to it, but it’s kind of bitter, she said. So she just uses a little bit of it for color; lemon grass tea is the main component of the drink.

“Soju pairs perfectly with tea due to its versatile profile that adds a nice, light flavor without overpowering the other ingredients,” she said.

“I top the cocktail with edible glitter to add some jazz and make it a party!”

Actually, soju — or shochu as it’s called in Japan — and tea are a classic combination, said Julia Momose, a partner at both Kumiko and Oriole restaurants in Chicago. She’s also beverage director of both restaurants.

“In Japan, a very classic way to drink shochu is in highball form cut with tea,” she said.

She makes a cold brew of sencha, a type of Japanese green tea, steeping it in filtered water in a cool environment for between three hours and five hours. She said brewing the tea hot would release more tannins and astringent notes, whereas cold brew showcases the tea’s umami, and its “ocean-like tones and notes … It shows a different side of the tea.”

She uses a shochu made from rice polished down to about 70% of its original size — the same as junmai sake.

“The flavor is soft and subtle and a contrast to the deeper notes of the tea,” she said.

The cocktail is priced at $15.

Dewey Losasso, corporate executive chef of Bill Hansen Catering and Events in Coconut Grove, Fla., said spiked teas are great for weddings and other social events, as well as “large corporate events that want something different, and it’s quite easy to omit the alcohol when needed and still have a great flavor profile.”

He said he also likes to use local products to give the drinks added appeal.

One such drink is the Agave Blossom, made by making an infusion of local edible flowers, sweetening it with honey, garnishing it with sliced kumquats and purple dragon fruit and finishing it with a local alcohol called Florida Kush Silver Blue Agave Spirit. It’s $9

Losasso said the Tequila-like spirit (Tequila can only be made in Mexico) “is a great counterpoint to the floral notes and honey of the tea.” 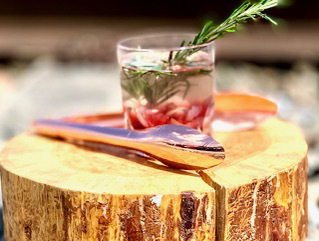 Another drink is the Smoky Rose, made by infusing rosemary in bottled water for six hours and adding lychees, local Schnebly lychee wine and hibiscus crystals. Losasso then covers it with a dome and uses a smoking gun to lightly smoke it for 25 seconds. He serves it with a rosemary sprig and charges $12.

Eamon Rockey, who’s currently the director of beverage studies at the Institute of Culinary Education in New York City, developed the cocktails for former Manhattan hotspot Betony as well as Aska, a New Nordic restaurant in Brooklyn, N.Y., among other places.

“I’m somewhat tea obsessed,” he said. “More often than not, I’ve used it as a component in cocktails.

For Aska, he developed the Next of Kin, for which he made a kombucha out of smoky Chinese Pu-erh tea and spiked it with Aquavit and some additional caraway seed. It was around $12. 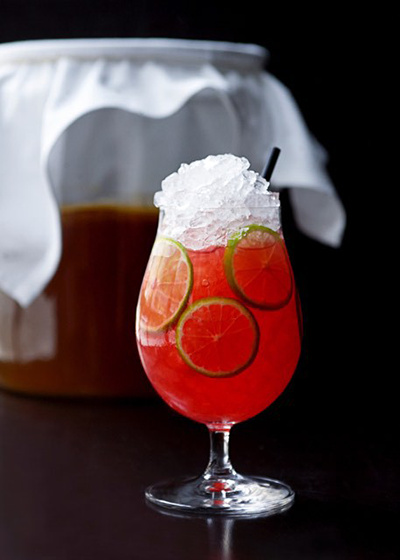 At Betony, he made a drink called Beach Tea, also around $12, made with his own Ceylon kombucha, white rum, cranberry and absinthe.

Tea cocktails are now popular enough that there’s a bar in New York City devoted to them, called Blue Quarter. There, Max Green, the bar’s managing partner and senior beverage manager of the hospitality consulting firm Pure Grey, uses tea instead of water as the main diluter of many of his drinks.

For example, instead of stirring his Martini with ice to dilute it. He calls it a Marteani, and simultaneously chills and dilutes it with cold Japanese hojicha, a tea that’s roasted to give it a toasty, grainy flavor. The cocktail is $15.

“It has this meaty note to it,” he said. “It’s a beautifully savory cocktail.”

Restaurants clean up beverage programs and employee rosters in 2019
Dec 16, 2019