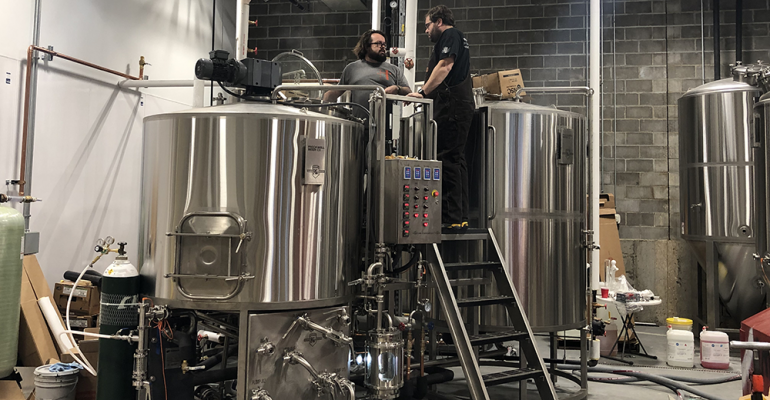 Behind the scenes at Rockwell Beer Co. in St. Louis
Food & Drink>Drink Trends

Hops get a lot of attention, but at the heart of every beer is its grain

At its most basic, beer has four main ingredients: Water, hops, malted grain and yeast. With the still-growing popularity of hoppy India pale ales, hops, responsible for many of beer’s aromatic qualities as well as its bitterness, have been the topic of much conversation.

But at the foundation of every beer is malt, and the best grain for malting has always been barley.

“Grain adds the underlying structure for the beer,” said Kelly Taylor, cofounder and brewer at KelSo Beer Company in New York City. “It’s like the foundation of a house — don’t build it correctly, and it will tip over or sink. Make it strong, and the house will endure. And there is a lot of nuance to what the grain can add.”

Although most brewers continue to source most of their malt from large, established companies, the last decade has seen the interest in locally grown barley, specialty grains and custom malting skyrocket.

“Today, we understand more about what flavors alternate ingredients will add,” Taylor said. “It used to be that rye was the oddball, and now it’s commonplace. Spelt, Emmer, triticale [a wheat and rye hybrid] are now the eclectic add-ons, and can have a wonderful influence in the final product.” 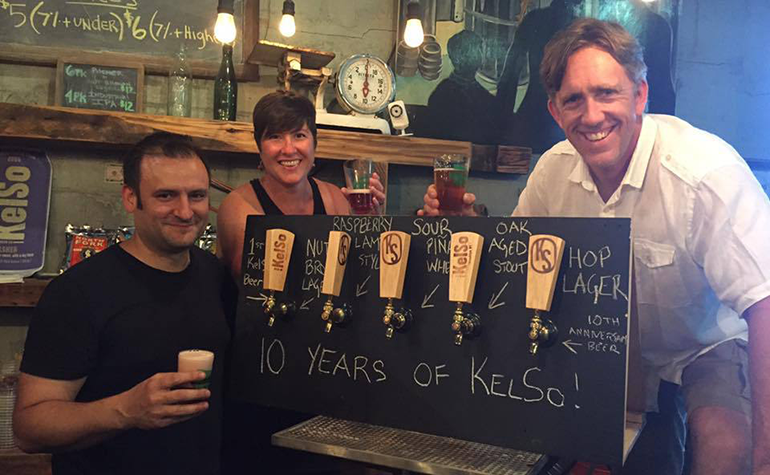 Part of that has to do with government initiatives. For example, New York passed the Farm Brewery law in 2013 that dictates that in exchange for buying a high percentage of ingredients locally, breweries are allowed to open tasting rooms, restaurants, and even to self-distribute. This has contributed not only to more breweries in the state, but also to an increase rise in New York’s hop and barley production.

“We lobbied years ago to support small farmers to grow high-end grains for breweries and distilleries. They just needed infrastructure support. That’s where the Farm Brewery law came into being,” Taylor said.

But this trend extends far beyond the East Coast, and even beyond our nation’s borders.

“I started seeing it as a choice with the emergence of Italian craft beer a dozen or so years ago,” said Jon Lundbom, division manager with B. United International, which sells a large portfolio of imported beverages. “And with Italy, specifically, it's a major selling point. Italy is making beers more reflective of their food traditions than of historic, international beer styles.”

Lundbom said the movement embraces an approach similar to Slow Food, an organization founded in Italy that advocates for using traditional methods and local sourcing to make great food.

“They are using lots of local ingredients, including unusual, historic grains.”

In the Italian regions of Piedmont and Tuscany, in particular, a number of microbreweries caught the world’s attention with their uniquely flavored beers that featured everything from ginger to bergamot, myrrh to chestnuts, and wild honey to wine grapes — not to mention grain bills that could include farro, spelt, rye, barley and buckwheat, maybe all in the same beer. Their experimentation and vision inspired others to do the same. 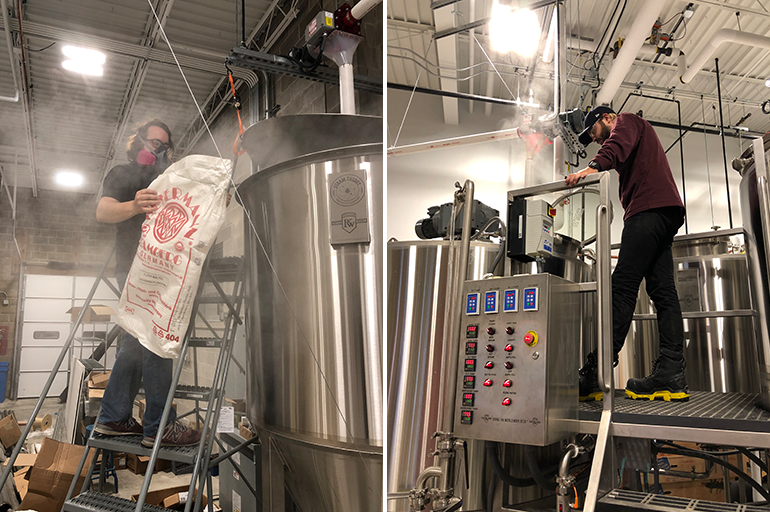 Malted barley is added to water for steeping at Rockwell Beer Co. in St. Louis.

And yet, with all the experimentation, at the heart of it, barley is king. While adjunct grains might allow brewers to lighten their beer with wheat or spice it up with rye, for example, it is barley that is truly the perfect grain for brewing beer. It contains a plethora of starches that can be converted into sugars, a husk that serves as a natural filter at the bottom of the tank, protein needed for yeast nutrition and the inherent enzymes that help with the malting, brewing and fermentation.

In its raw form, however, barley it's basically useless for making beer. That’s where the maltster comes in.

Most of a beer’s flavor comes from the malting process. Barley is thoroughly steeped in warm water to kickstart germination. Then the wet barley is spread out to dry for a few days on malting floors. At that point, and invisible to the naked eye, much is happening inside the kernel, where enzymes are being released that convert the barley’s complex carbohydrates into fermentable sugars. Once the enzymes have worked their magic, the germinating barley is blasted with heat, stopping that process and leaving the fermentable sugars perfectly primed for the yeast to devour.

Next comes the kiln, where the barley is roasted to the desired color level. How darkly malt is roasted leads to the colors of given beer styles, such as golden hued Pilsners, or jet black porters and stouts.

All of these processes require experts, which is why it’s often left in the hands of giant producers, but craft maltsters are on the rise. 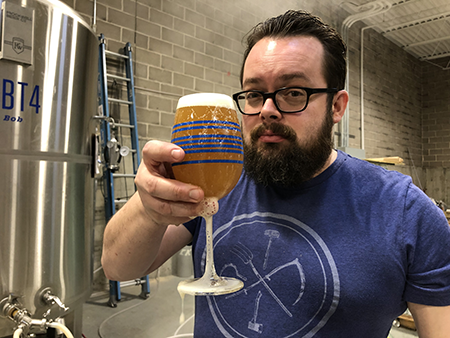 “So much of what's old is new again,” said Jonathan Moxey (left), head brewer at Rockwell Beer Co. in St Louis. “Local maltsters were the original source for malted grain, with many breweries malting grain themselves if a local maltster wasn't available. But malting is an intensive process, so it was ripe for consolidation and outsourcing. In more recent years we've seen more local or regional maltsters pop back up, offering heirloom grain and grain that's distinct to their setting. And most of them are nimble enough to do custom experiments for breweries. It fills a need for brewers and consumers who are valuing 'local' as a quality.”

“Now the quality and variety is so great that it’s actually economically feasible to use local sourced grains on a regular basis,“ said Taylor of KelSo. “There has been such an explosion of micro malt houses in New York over the last few years that the sheer variety of available grains has been a delight.”

As farmers and maltsters dial in nuances to create world-class brewing grains that deliver quality and consistency, brewers are finding an expanded tool belt of ingredients to experiment with.

“A lot of it now comes down to distinguishing flavor nuances, because we're presented with such a wide array of malts,” Moxey said. “A single maltster may now offer five or six varieties of Pilsner or pale malt, where before there may have just been one or two. That affords us a great deal more flexibility when it comes to recipe development.”

Trend Watch: How the ‘sober curious’ trend helped out the soda industry; and why the best digital marketing strategy starts with a coupon
Feb 06, 2020