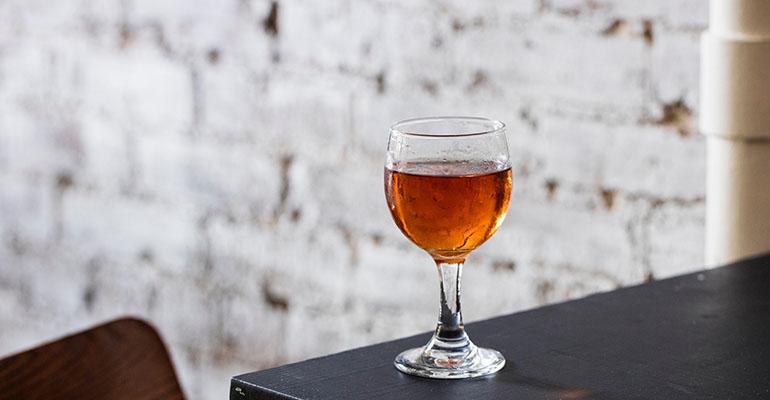 Grapes get a lot of attention, but don’t overlook the apples. One of the most powerful moments I ever experienced in my beverage career revolved around an old bottle of apple brandy — a 1962 Domaine Dupont Calvados, to be precise. Back in my restaurant management days, before we opened for service one day, a well-dressed man entered. Through a thick French accent, he explained  his name was Jerome Dupont and he wanted to thank me for carrying his apple cider (I was a big proponent of the stuff, and he was visiting accounts to introduce himself).

While we were chatting, he looked over my shoulder, and with a quizzical look on his face asked, “Is that a bottle of 1962 Dupont Calvados?” I confirmed it was and handed him the bottle to look at. Only a tiny amount remained in the weathered bottle. He paused for a moment as he carefully turned it over to read the back label, and then looked at me and said, “I’ve never seen a bottle of this in person.” Excitedly, I asked him if he’d like to taste it, and poured each of us just a few precious drops. As he smelled it and then reverently sipped it, I saw tears come to his eyes. “My grandfather harvested the apples for this; my father aged it and bottled it; and now I am tasting it for the first time,” he said. In an instant, his whole family’s history flashed across his mind’s eye, and he was transported away. We both stood there in silence for what felt like minutes. And later, as I returned the bottle to the shelf, my hands were shaking, as I, too, processed the gravity of that experience.

Calvados is a unique spirit, with a finely regimented set of rules that define its production, and a depth of flavor that has few rivals. As the colder fall season is now upon us, its appearance in cocktails and snifters is emerging to combat the chill in the air.

Much like in the sparkling wine world, where only bubbly made in the region of Champagne can actually be called Champagne, so too Calvados, the apple brandy made in the French region of that name — part of Normandy — is fiercely protected and it must be approved by the government to carry that esteemed name. While Calvados is an apple brandy, not all apple brandies are Calvados. And while some may come close in quality, this is truly the region where the cider apple reigns supreme. 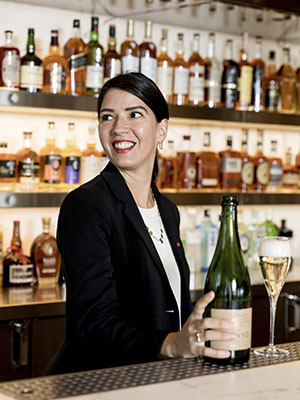 “Calvados is so dynamic,” said Amanda Reed, left, senior beverage manager at the Lotte Hotel in Seattle. “I love the purity of fruit combined with the spiciness that comes from barrel aging. I think brandy in general is underutilized in cocktails, but Calvados is especially friendly and easy to work with. It lends itself to both bright and fruity cocktails as well as ones that are more brooding and focused on spicy and bitter flavors.” Reed is currently serving the Forbidden Fruit cocktail, made with vodka, Calvados, apple-cinnamon syrup, ginger syrup, lemon juice and Angostura Bitters, garnished with dehydrated apple.

The production of Calvados is a long process that takes years and, quite frankly, immense patience.

It all begins in the orchard. Normandy sees more than 300,000 tons of cider apples harvested per year. Keep in mind, these are cider apples, which are wholly different from anything one would find in the grocery store, and are not for eating. They’re instead prized for one of three characteristics: Their bitterness, their tartness, and yes, their sweetness -- but the first two are the most prized. For instance, in the Pays d’Auge AOC (appelation d’origine contrôlée, a governmentally defined region for agricultural production), orchards are required to comprise a minimum of 80% bitter apple varieties, and a maximum of 15% acidic varieties, with nearly 100 approved varieties allowed. The art of blending is key for making quality cider, and in fact, by law, no single apple variety can make up more than 60% of the final blend. Cider makers are trying to achieve what many call the “holy trinity of balance” — a delicious interplay between tannins, acidity and sweetness.

To make Calvados, the apples are crushed, left to macerate on their skins for a few hours, and then pressed. In large wooden vats known as foudres, the cider develops during a slow, cool fermentation which can take weeks or even months to fully develop. Pears can also be added, sometimes making up to 30% of the final blend. At that point, to make Calvados, the cider is distilled twice (similar to Cognac), most often in a copper pot still, with slight differences depending on the regulations of each area. But then, the real wait begins. 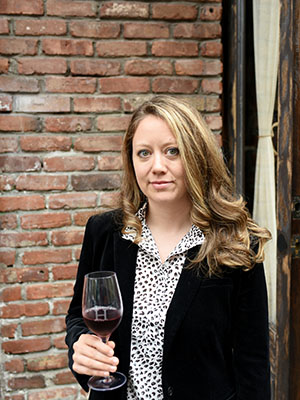 Many appellations in the Calvados region require at least two years of aging in oak, with many producers aging for more than 6 years, or well beyond. From there, many variations of Calvados can be made. While there are certainly vintage-defined ones like the bottle mentioned at the outset, many are blends of various ages composed of spirits that can have aged for as long as 50 years.

The resulting spirit is reminiscent of apples, pears and dried apricot on the nose and palate, but also expresses character developed from the oak aging process, leading to notes of butterscotch, nuts and even chocolate. It can be served as an aperitif, an after-dinner drink or, my personal favorite, as part of the ritual known as le trou Normand (the “Norman Hole”) where it is consumed between courses of a large meal to stimulate one’s appetite. It’s also a fantastic component for use in cocktails of all sorts.

“Calvados retains a lot of apple essence in the final spirit, yet it’s still dry and has a strong backbone, so it brings character as well as strength — fruit without cloying sweetness,” said Sother Teague, beverage director at Amor y Amargo in New York City. “It’s also got some tannic qualities leftover meaning it can clear from the palate pretty quickly.” One of his favorite drinks using it is the Bad Apple, made with Calvados, mezcal, Benedictine, Amaro Mongenegro, Cocchi Rosa and apple bitters.

In terms of authenticity, complexity and ability to meld perfectly with the colder seasons, Calvados is truly fall’s most princely drink. 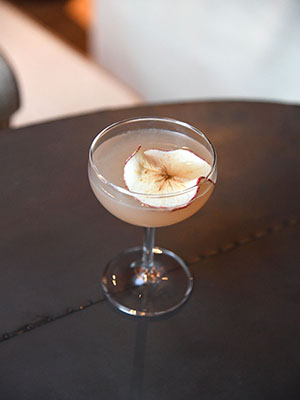 Combine all ingredients. Shake and fine strain into a cocktail glass. Garnish.

Cut the apple into cubes. Combine all ingredients and bring to a boil. Turn down the heat and let simmer for 15 minutes, stirring occasionally.

Combine all ingredients, stir with ice, strain and serve up 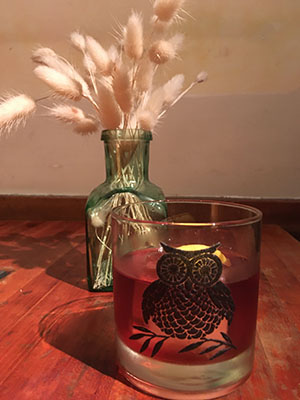 A Room with a View (by Christine Wright, Hearth Restaurant, New York City)

Combine all ingredients, stir with ice and serve over big rock with a lemon twis