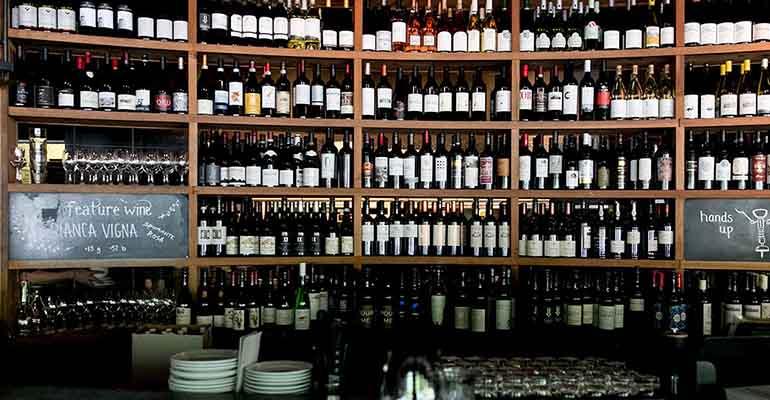 Whether it be selling off wine cellars at fire-sale prices, creating elaborate cocktails to go, or simply learning to do more with less, beverage directors have been asked to do everything under the sun to keep their operations afloat.
Food & Drink>Drink Trends

Wine lists shrink as resources dwindle, but that can be a good thing

After nearly two years of the pandemic throwing a barrage of curveballs at the restaurant industry, operators are continuing to reinvent, to innovate and to look at every aspect of their businesses with creative eyes. How does one maintain high standards with fewer people, fewer resources and a sense of constant uncertainty?

Few departments have been as fundamentally changed as beverage programs. Not only do they look quite different in 2022 than they used to, but they may end up staying that way for quite some time. But before we play the sad violins, maybe this is not a thing to be mourned: Change can lead to smarter approaches, more flexibility, and ultimately a better experience for the guests.

Whether it be selling off wine cellars at fire-sale prices, creating elaborate cocktails to go, or simply learning to do more with less, beverage directors have been asked to do everything under the sun to keep their operations afloat. These shifts have fundamentally altered the way they approach their work, how their wine lists are composed and presented, and how their decisions reverberate through the business. 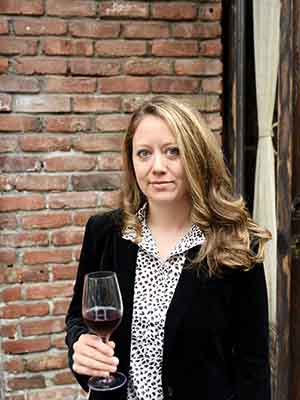 “I started with approximately $100,000 in wine inventory at the beginning of the shutdown in mid-March 2020, and by the time we reopened for service in June of 2020, I was down to about $10,000,” said Christine Wright, left, general manager and wine director at Hearth restaurant in New York City. “That we were able to sell off that much inventory was absolutely crucial to us staying in business for those two dark months. Today, I have built back, but not to the same level. I currently have about $50,000 in inventory, with an intention to get down to $40,000 in the next month. One of the reasons for reducing inventory has to do with staffing levels – we’re still operating with about two-thirds of the staff that we had pre-pandemic, with no plans to bulk out further than that, and keeping everyone educated on a massive wine list proves difficult when everyone is stretched thin.”

Staffing indeed remains one of the biggest challenges for the industry. According to the National Restaurant Association, in total during 2021, restaurants and bars restored nearly 1.7 million jobs, but this still left the industry roughly 650,000 jobs – or 5.3% – below pre-pandemic staffing levels.

Large wine programs require a lot of time and energy, and for Wright, who was already swamped with responsibilities, she simply had to pare things down.

“I’ve chosen instead to focus mostly on Italian and French wines as I feel they complement our food and vibe better than other regions,” she said. “That way, I can still offer depth and interesting finds in those areas while keeping my inventory slimmer. I really don’t buy as much ultra-high-end wine as I used to. Instead, I now try to focus on interesting varieties from off-the-beaten-path regions with tremendous value that offer the guest a chance to try something new.  The bulk of my list is now priced between $65 and $95 per bottle.”

In Seattle, Chris Horn, director of liquids for the Heavy Restaurant Group, has sold off nearly 40% of his wine inventory. Additionally, he was forced to let go of the company’s central storage space that housed wine for their eight different properties, requiring him to rethink much of his strategic approach to buying. 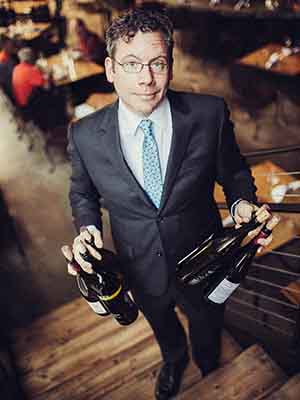 “We moved out of our storage space at the beginning of the pandemic, and until we have space, we will be buying nothing that requires cellaring,” Horn, left, said. “And even if we had a working cellar presently, I couldn’t see loading it up with any bottles that wouldn’t be slated for near-term sales. I think it’s harder now to justify sinking massive dollars into wines with the expectation of them appreciating in value. Don’t get me wrong — I loved having a stash of cool things waiting for the right time to pull out of storage — but we are currently in a period where we don’t want to have things living in inventory for too long.”

Horn was initially taken aback to see the physical wine list he spent years building removed from the service floor and replaced by online menus and QR codes. But along with hard changes, fresh outlooks can come.

“At first this new QR code menu world meant the death of the wine list, which required a period of mourning,” Horn said. “At our Purple Café location in Seattle, for instance, we’ve gone from a 140-page physical wine book with over 600 wines to less than 140 bottles presented to your phone via QR code. But there is also something appealing and elegant about building in a smaller sandbox. Four pages of dozens of Pinot Noirs became ten specific bottles. And when there is less choice on a list, there’s more of an opportunity to have the staff master more of it. If you can only have six red wines from Spain, what informs that choice? It’s more challenging, for sure, but it’s also an interesting new game. The old wine list was an attempt to capture the entire world of wine in one place. Now it’s trying to be comprehensive with a list of wines that could fit on a single sheet of paper.”

While many wine directors had to sell off much of their prized inventories, others were able to hold on to the wines they’d collected, with their cellars still very much looking like they did two years ago. One such person is Winn Roberton, head sommelier at Bourbon Steak D.C. at the Four Seasons Hotel in Washington, D.C. 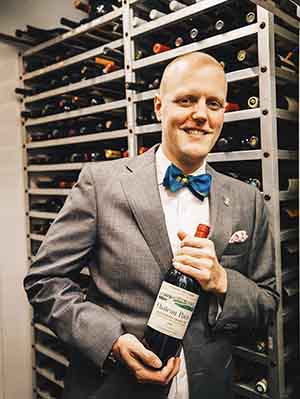 “Thankfully, we haven’t needed to make substantial changes to our inventory,” Roberton, left, said. “But I’ve certainly had to adjust because of supply-chain issues, most notably because of a lack in local delivery drivers. I had to order from certain companies days, or even more than a week, in advance, which was unheard of before. And if you can't get certain products, you gotta roll with the punches, and think creatively; in most markets there is almost always a suitable replacement for a wine that you can't seem to get anymore.”

Additionally, Roberton has had to adjust his by-the-glass wine offerings to reflect the new realities.

“I've had to make some changes on margin, mostly because of one thing: waste,” Roberton said. “When we reopened in June 2020, it was at five dinners a week, instead of our normal seven dinners and five lunches per week. And having to taste the open by-the-glass wines on a very regular basis became a real thing, and then throwing out wines that may have fallen out of their prime was jarring at first. One or two of the highest-end [by-the-glass] wines simply had to come off the list. But you know, though, it's not the size of a list that matters, it's how dynamic it is. My note to anyone running a wine program of any size, but specifically smaller lists, is to keep changing it up. It keeps the excitement of discovery for returning guests and for you as a buyer.”

Christine Wright agrees that all these changes and narrower targets for the buyers to hit could indeed lead to a better experience for her guests.

“Since the wine list is a bit smaller, we can keep things rotating more quickly, and keep things fresh,” she said. “It’s also great for our regulars, who, thankfully, seem to be multiplying during the pandemic. They love that we always have new stuff, even though the list is more condensed.”

David Flaherty has more than 20 years of experience in the hospitality industry. He is a certified specialist of wine, a certified cicerone and a former operations manager and beer and spirits director for Hearth restaurant and the Terroir wine bars in New York City. He is currently marketing director for the Washington State Wine Commission and writes about wine, beer and spirits in his blog, Grapes and Grains