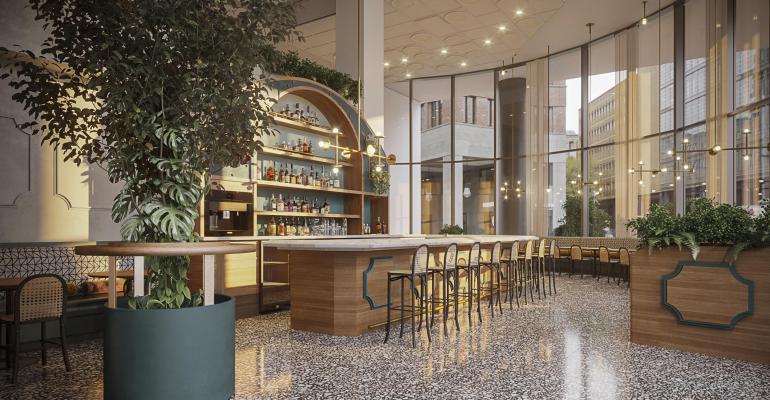 “For me, one of the big things is having a guarantee that you have a seat." — Ryan Cole, Hi Neighbor Hospitality Group
Food & Drink>Drink Trends

Despite the uncertainty of the holiday season and the potential rise of yet another coronavirus variant, bars are coming back across the country.

Arguably hit harder than restaurants by COVID-related restrictions over the past year and a half, many beverage-focused concepts coming to fruition now were poised to debut in the spring of 2020 but shuttered when many states decided bars were not conducive to the social distancing and mask wearing necessary to prevent spread of the virus.

Now, however, bar operators are opening their venues in droves, drawing in pandemic-weary guests with rich experiences and innovative beverage menus, finding balance between the need for space and separation with the pent-up desire to gather for a drink.

For many new bars opening this fall, that means allowing — or even requiring — guests to make reservations.

At the newly opened bar The Madrigal in San Francisco, for example, guests can make a reservation, even if they’re not having dinner. That way they can be sure to sit at a table and not risk standing at a crowded bar.

“For me, one of the big things is having a guarantee that you have a seat,” said Ryan Cole, partner in the Hi Neighbor Hospitality Group that opened The Madrigal in November. “To be accommodating to people, I feel that — and as I personally get older — people want to have a little breathing room. They don’t need to be six-feet-spaced and rules to the nines, but … having it where there’s a reservable table for a drink or a lounge space for a drink and not be obligated to do a whole dinner, just have snacks.”

Designed to be a whimsical and lively space, The Madrigal aims to encourage interaction and conversation. Cole said it is meant to be comfortable enough for day use and elegant enough for a pre-theater drink and snack, as well as late-night cocktails.

“I want to be able to go out with my friends in public to a place and have drinks,” Cole added. “And maybe I get food. Maybe I don’t today. But I want to know I have space and not stand in line outside and hope someone leaves, or that I’m arm-to-arm with everybody that I don’t know.”

The drinks are showy and playful. For example, the cocktail list might include signature drinks like The Screen Test, with dark rum, kumquat liqueur and coconut milk spiked with basil and Thai chilis. The group is playing with specialty ice, like a monogrammed snowflake-shaped ice cube that brightens up seasonal Winter Wonderland cocktails.

“Bars are trying to find creative and fun ways to engage you when you’re on site,” said Cole. “Your Instagram was pretty lonely for a year, so what is a show-stopping, fun element? People want to feel like they’re having fun again.”

In nearby San Mateo, Calif., a San Francisco suburb, the brats-and-beer restaurant Wursthall was scheduled to officially open the new Wunderbar downstairs on Dec. 1, though it had been in soft-opening mode for a few weeks.

It’s a cocktail bar with a secret entrance, but general manager Xian Choy doesn’t like to call it a speakeasy, which he feels has a connotation of exclusivity and suggests an “old timey atmosphere.” 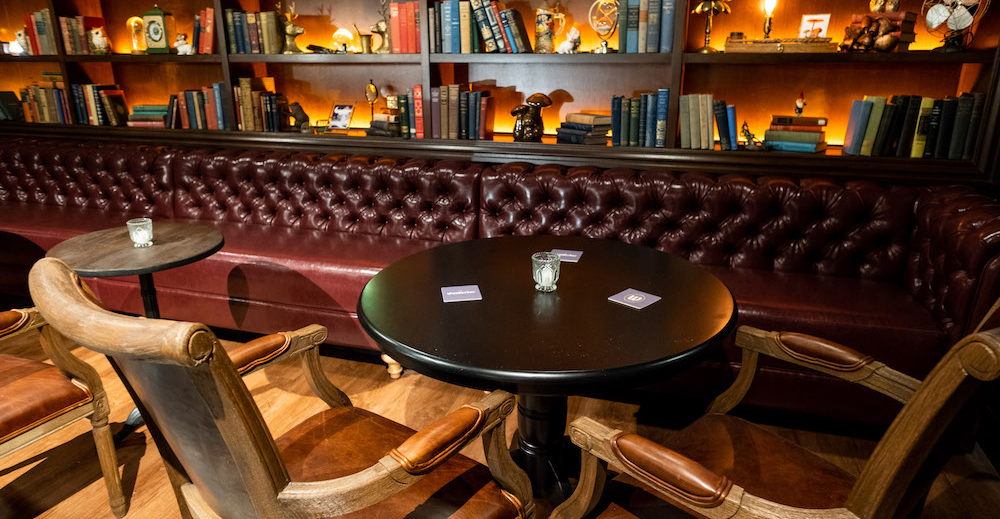 Reservations are required at Wunderbar in San Mateo, Calif., where the menu features 13 house cocktails, including six foundational classics.

Wunderbar has been described as inspired by a Brothers Grimm fairy tale, with ceramic bunnies, tarot cards and dragons, banquettes and armchairs by book-lined shelves. Nooks and crannies create cozier — and separate — seating for about 40. The restaurant and bar are owned by Tyson Mao, though food writer and chef J. Kenji Lopez-Alt was an opening partner who later divested.

Choy said the bar was scheduled to open in March 2020, but it was tabled until this fall. The long closure gave the team time to flesh out the concept, he said, “and we went all-in on design.”

“Even before the pandemic, we were leaning toward reservations only. But we definitely went with it post-pandemic,” he said. “COVID really tipped us that way because we thought people would want their own space.”

On the menu at Wunderbar are 13 house cocktails, including six foundational classics, and the option for the Wunderbar “spin” on those classics, with upgraded ingredients.

All of the cocktails are priced at $14 — which Choy said is about $1 too low, considering the restaurant has been paying rent on the space for almost three years without being able to open. Cocktails generally run between $15 and $16 in San Francisco, but there’s a pricing threshold guests in the suburbs are not willing to cross, he said.

“People are just starting to feel comfortable going out, and I think people have been chomping at the bit for this specific type of concept in San Mateo,” said Choy. “We’ve had a lot of people saying this is the first time they’ve gone out.”

In Phoenix, the new Garden Bar PHX was scheduled to make its debut Dec. 2, as a “garden-to-glass” cocktail bar designed to foster beverage-concept innovation.

Created by mixologist Kim Haasarud, who is also president of the U.S. Bartenders Guild, Garden Bar is a converted California bungalow with about 35 seats inside and 25 outside, offering cozy and separate spaces for guests to gather.

Garden Bar is only open to the public three nights per week — the busiest nights of Thursday, Friday and Saturday. In 2022, the venue will also launch brunch. 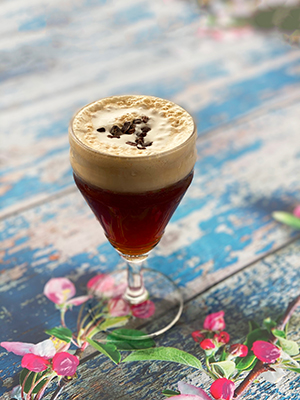 Haasarud said the beverage list is very aligned with the kitchen, making use of the local produce to minimize food waste and maximize efficiency. Citrus rinds used for fresh juice will be made into cordials that might serve as a base for a margarita, for example. The food menu will lean toward simple grazing boards.

Cocktail prices range from $13 to $17, which Haasarud said is a bit high for Phoenix, but the venue pays higher wages to staff, who wear more hats than in a traditional bar setting. “We haven’t seen a lot of pushback from guests,” she said.

The rest of the week, Garden Bar will serve a related non-profit called Cocktail Collaborative as a place to bring together bartenders, spirit professionals and others for private events, educational programs like wine tastings or even as a neutral space to prep for bartending competitions.

In 2022, the bar will add a bodega for beer, wine, large-format ice and to-go cocktail kits, as well as takeout charcuterie. “It’s another way to generate revenue without being fully staffed up,” said Haasarud, who envisions opening Garden Bars in other cities.

Garden Bar does not require reservations, but it uses a digital waitlist app called WaitWhile, which allows guests to queue up without standing in line.

With news of yet another variant potentially throwing a wrench into her plans for Garden Bar and its growth, Haasarud said this time she feels more ready for whatever may come.

“Does it scare me that we may have to shut our doors again? Maybe. But we can do things now that we couldn’t do before,” she said, like developing revenue streams that don’t depend as heavily on traditional means. “We’re more prepared.”