There’s no question about what lies inside this playful building surrounded by lollipop chairs and covered in candy stripes and neon paint.

Reminiscent of a macaron cookie, this eye-catching blue building in San Diego attempts to replicate Victorian-era storefronts found throughout the area.

A colorful mural designed by the team at GRIP has become a popular spot for snapping Instagram pics, while a bright blue accent wall just steps away directs visitors straight to the restaurant’s door.

Two-story glass doors allow the entire front of Puesto to open to the outside. Cast concrete walls and brick-and-steel windows lend an industrial feel, while the ability to open onto the patio softens the space.

The exterior at SOCA features an illuminated floor-to-ceiling lace facade that stretches the entire length of the patio. Individual panels can be raised or lowered, lending a unique look to the space any time of day.

This modern Indian restaurant in New York’s Chelsea neighborhood delivers a wow factor with a three-dimensional gold overhang and floor-to-ceiling glass doors opening into the restaurant.

Americado gives off an industrial vibe with metal, brick and steel, then softens the scene back up with the addition of wood, overhead string lights and bright-colored patio umbrellas.

Instead of a typical patio, Chiringo opted to add a greenspace to its exterior, complete with bike racks, bean bags, and a dog-friendly water station.

Chroma’s dazzling two-story backlit entry tower was inspired by the surrounding science-focused community. The hexagon shapes created by a perforated metal screen are meant to look like molecules. 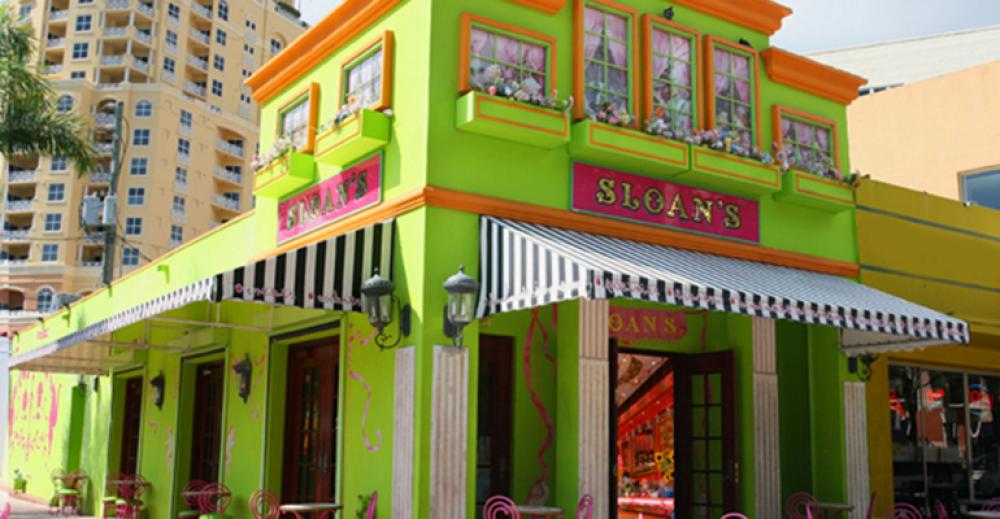