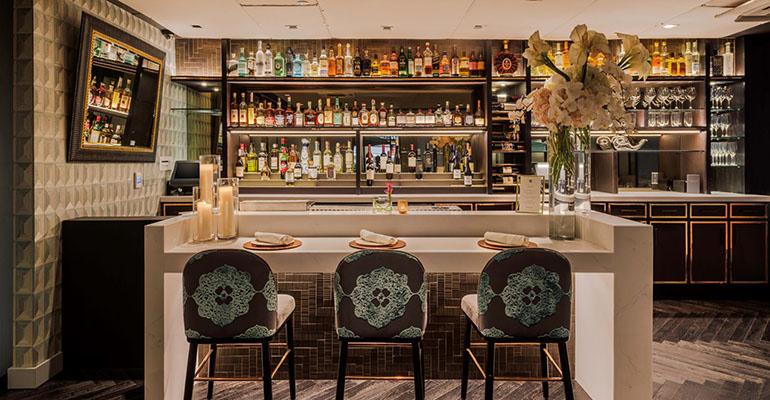 When it came time to modernize her family’s upscale Vietnamese restaurant in Beverly Hills, Calif., fashionista and company CEO Elizabeth An turned to her idol for inspiration.

“If Dior were an Asian restaurant, what would it look like?” An recalls musing when she contemplated the massive makeover of Crustacean Beverly Hills.

Even the menu was reconceived — though the family’s famed garlic noodles remained. 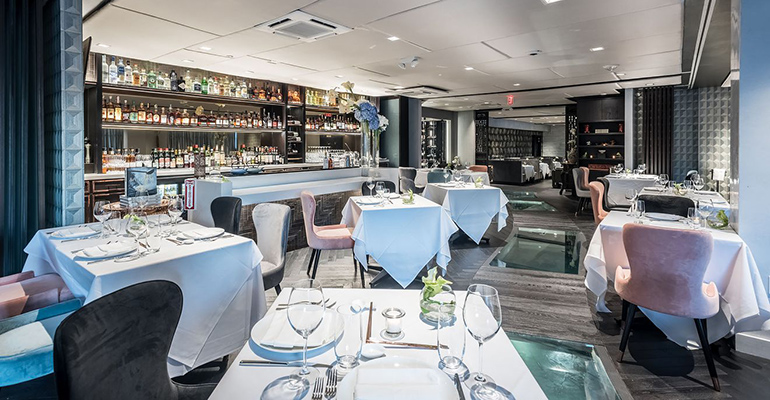 The top-to-bottom overhaul went about $4 million over budget, but An said it was worth the investment and hardship of closing the 20-year-old restaurant longer than expected. Since reopening last March, she said Crustacean has seen special-event sales surge 25 percent.

High-profile events held at the restaurant last year included a pre-Oscar party hosted by actress Emma Stone and a bash held for the cast of “Crazy Rich Asians.”

Lunch business is also performing better, as the contemporary look of the restaurant is more inviting compared to the stark decor of the past.

While the renovation was costly, An said the update was necessary to attract a new generation of Hollywood diners.

“We wanted it to be elegant, timeless and encompass Old Hollywood — a design that would take us into the next 20 years,” she said.

Riches to Rags to Riches

As caretaker of her family’s restaurant empire for nearly 30 years, An is known for playing the long game.

Crustacean’s parent company is Los Angeles-based House of An, whose other California concepts include the family’s first two restaurants, Thanh Long and the flagship Crustacean, both in San Francisco; AnQi at South Coast Plaza in Costa Mesa; and Tiato in Santa Monica.

A 20-seat Italian deli in San Francisco was the family’s salvation after the fall of Saigon. An’s grandmother, Diana, had the foresight to buy the deli in the early 1970s before the family’s fortune and assets were frozen during the conflict.

The family initially ran the deli, which later became Thanh Long, as it was when they bought it. Helene An and her mother-in-law found themselves in the odd position of making Italian sandwiches and sauces. Soon, nostalgia nudged them to incorporate Vietnamese dishes on the menu.

Thanh Long’s food was the only reminder of a life once lived in Vietnam.

In San Francisco, the family lived in a one-bedroom apartment, a huge departure from the palatial home the An family left behind. In Vietnam, the Ans were wealthy, prominent and influential. Helene An was a descendant of a North Vietnamese emperor.

Feasts back home were opulent and extravagant.

Thanh Long was the exact opposite. 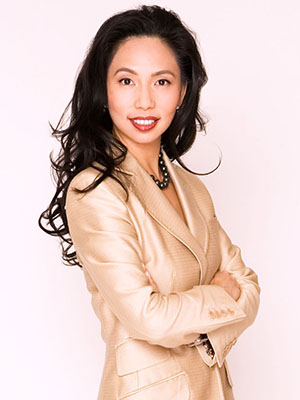 “There was nothing fancy about it,” Elizabeth An said.

From the age of 10 and through her teen years, Elizabeth An and her sisters could be found in the kitchen washing and cutting vegetables and assembling egg rolls.

One day, the fashion-obsessed Elizabeth An made a vow never to pursue a life in restaurants. She went on to enjoy a successful career as a fashion buyer, and boutique shop owner in San Francisco.

But seeing her mother’s hard work drew her back into the business.

Elizabeth An’s razor-sharp business acumen kicked in when she saw how enamored diners were with her mom’s “secret kitchen” dishes — roasted crab and garlic noodles with tiger prawns.

If her family were to return to the life they once lived, her mom would have to take her French and Vietnamese cuisine to next level: luxury.

“I realized food and fashion go together,” said Elizabeth An, who turns 51 in April.

She orchestrated the opening of the family’s next restaurant. She settled on Crustacean, an easier to pronounce moniker that drew inspiration from her mom’s most popular dishes.

Crustacean opened in 1991. It was regal and luxurious — a better representation of the family’s heritage.

A few years later, after a visit to Beverly Hills, Elizabeth An knew she had to open a second Crustacean in Los Angeles.

Like the flagship San Francisco restaurant, the decor at the Beverly Hills Crustacean featured dark ebony woods and jade and emerald colors. It was a favorite of celebrities for years. Guests have included Harrison Ford, Warren Beatty, Bruno Mars and Lady Gaga.

But as Crustacean approached its 20th birthday in 2017, Elizabeth An knew it was time for a major makeover.

That included an overhaul of the menu. New dishes include premium steaks cooked on Himalayan salt blocks and raw seafood options, like Kampachi Sashimi made with tiato oil and sesame wine. 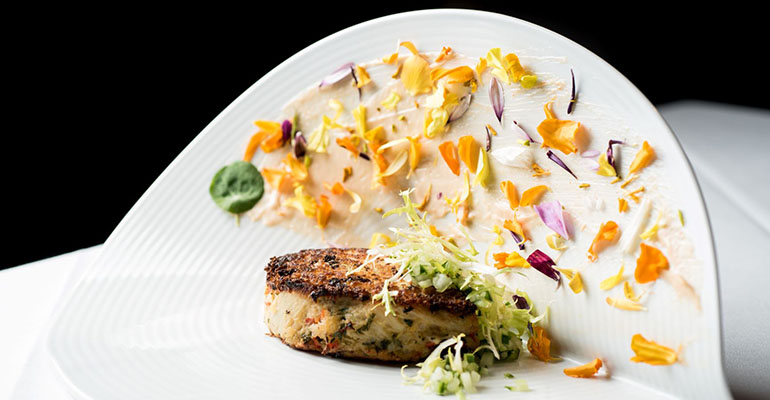 One of the most popular new dishes is also the most photogenic: tuna cigars. A mix of tuna tartare and avocado mousse are wrapped in paper-thin pastry sheets and topped with tobiko caviar to mimic the ash of a cigar. The cylinder-shaped appetizers are served in a cigar box, which emits smoke when opened.

Dinner entrees range in price from $35 for the Vietnamese Caramel Whitefish to $45 for a char-grilled Mongolian Lamb.

Helene An’s classics remained alongside a new gluten-free version of the garlic noodles. Chef Tony Nguyen, with House of An for six years, said he was challenged by the food “facelift” which included more dishes that met various diet choices.

“We are catering a little more to the stars,” said Nguyen, who has appeared in Food Network shows like “Beat Bobby Flay.”

A place for parties

Private dining was another crucial factor in Crustacean’s evolution.

The old Crustacean did not have space large enough to accommodate big private parties.  In Hollywood, that’s a missed opportunity.

“I would have to close down my whole restaurant to have a party,” Elizabeth An said. 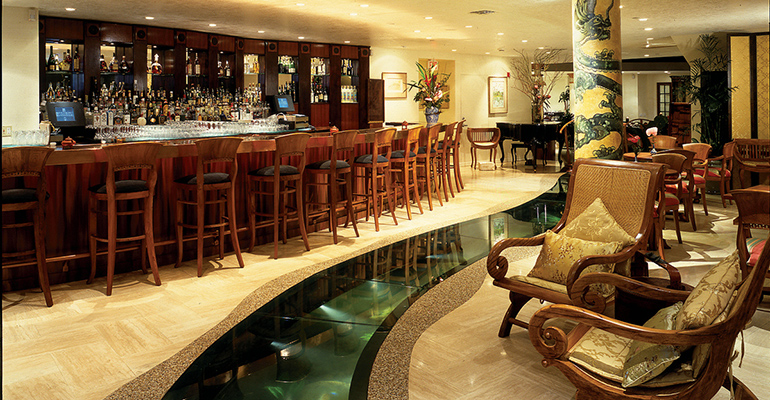 The redesign included the addition of a private second-floor event space, an expensive undertaking because it involved enclosing a second-story balcony. But the House of An CEO took the monetary risk because she saw the long-term benefit: the upstairs space can now accommodate up to 50 sit-down guests or up to 200 people (standing). The first-floor main dining room can also accommodate private parties with the addition of adjustable walls.

Nearly a year later, more changes are on the way.

Plans are in the works to open Da Lat Rose this spring.

The second-story restaurant above Crustacean will be a culinary playground for Nguyen and Helene An, who turns 74 in April. It will feature a coursed menu of authentic Vietnamese cuisine prepared with modern techniques and premium ingredients.

“That will be the last swan song for mom,” Elizabeth An said. “True Vietnamese food with the richest of ingredients.”

Coronavirus forces a rethink of restaurant design
May 20, 2020

Viridian, a dreamy neon wonderland of a cocktail bar, opened in Oakland this month
Feb 11, 2020