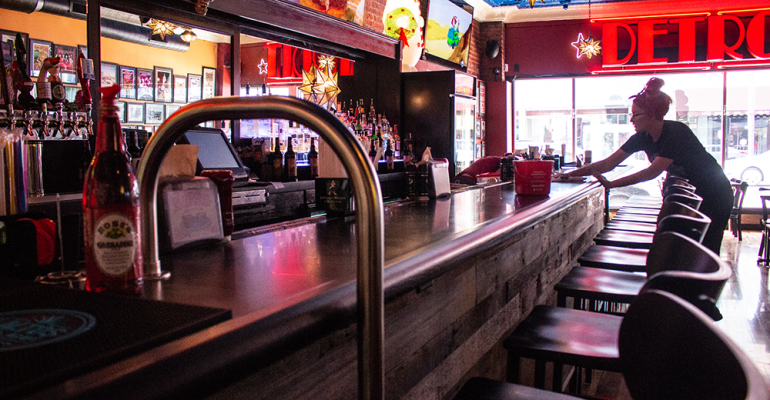 A century-old storefront that was once a well-loved-yet-grimy dive bar was the beginning of it all for Melt Bar and Grilled, a fast-growing Cleveland, Ohio grilled-cheese concept.

Back in 2006, lines of ravenous fans snaked around the block after a visit from Guy Fieri put the concept in the national spotlight. It was impossible to get a reservation for a grilled cheese sandwich. So, expansion made sense, said founder Matt Fish.

Twelve years — and nine Ohio locations — later, the original flagship Melt was “getting kind of tired,” Fish said, adding that subsequent Melt locations were built with more of the kitchen-line-service-dining area flow in mind, while the first Melt was built “on a shoestring budget.”

“That’s where the brand started, that’s where our reputation got built up,” said Fish.

So, the time was right earlier this year to shut down the restaurant and go all-out while still keeping the character that made it such a hometown hit — and a national destination.

Here’s a look at the remodel.

Paul Kahan and One Off Hospitality transform The Publican into a ski resort on the streets of Chicago
Dec 16, 2020