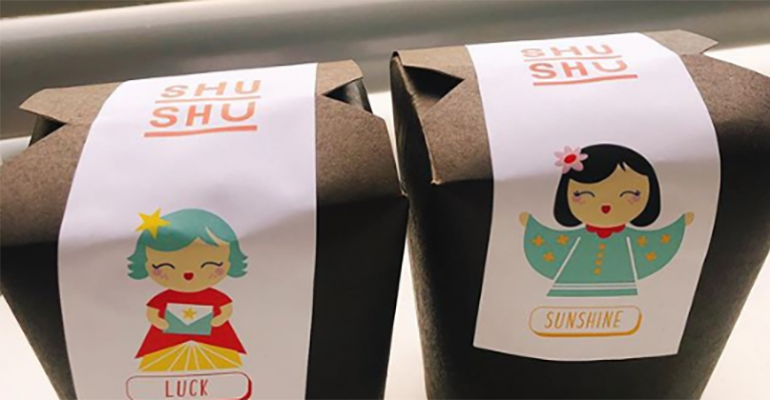 The Local Culinary currently operates 25 virtual brands including Shu Shu and consumers are craving creative solutions like they and Brinker have been offering.
Operations>Delivery & Takeout Solutions

Restaurants Rise: Consumers to chains: Go ahead and sell me a virtual brand but be transparent about who’s making it

The restaurant industry, fueled in part by the pandemic, is aggressively latching on to the emerging ghost-kitchen category – a seemingly infinite virtual space for delivery-only brands.

Everyone from Brinker International to chef-driven independent restaurants are creating delivery only brands at a time when most consumers continue to dine at home during the coronavirus crisis.

Related: Restaurants We’re Dying to Get Delivered: 12 new virtual brands across the country

But don’t try and fool the consumer with a “new” food category that is essentially the same product sold at your restaurant, according to market research released this week by Datassential.

Howe was one of three panelists speaking about “The Virtual Kitchen’s Time is Now” during Restaurants Rise, a digital summit organized by Nation’s Restaurant News and Restaurant Hospitality. She was joined Thursday by Wade Allen, senior vice president of innovation at Brinker; and Alp Franko, founder of The Local Culinary.

The session, available on-demand on the Restaurants Rise website, addressed the rapid adoption of delivery only brands, how to market virtual brands and what types of foods will be “winners” in a delivery only format.

Make it craveable and transparent

As the industry makes sense of this emerging and disruptive space, Datassential says consumers are telling us a few things: make it authentic, make it craveable and make sure it travels well.

That’s why items like chicken wings are among the top foods people like to order when it comes to delivery. Howe said the food is comforting and something they can’t make it at home.

It’s one of the reasons why Dallas-based Brinker went with wings as the company’s first virtual brand.

Launched in late June, It’s Just Wings is produced at 1,050 Chili’s and Maggiano’s Little Italy locations and delivered by DoorDash.  The restaurants are acting as “dark” kitchens for the new brand, so there was very little upfront capital needed to launch the wings.

Besides craveability, Allen said Brinker leaned into wings because it gave them instant scale to cook a product that was familiar to cooks at both of its brands.

“It played to our strengths. It was a hot concept. We knew we could do them well. And we knew it wouldn’t operationally disrupt us or be capital intensive,” he said.

And by leveraging the scale of the two casual-dining chains, Allen said Brinker has positioned the company to be “the biggest player in the virtual brand space today.”

But does the consumer know It’s Just Wings is a Brinker product?

Allen said Brinker thought long and hard about how to market the new virtual brand.

Ultimately, he said the team thought it was “really important” to be transparent.

“Consumers and guests are smart and they’ve been tricked and lied to in advertising before. And so it’s really important to be transparent,” Allen said.

When the delivery-only wing concept launched on the DoorDash app in late June, Brinker made “a conscious decision to say it is a Brinker concept,” Allen said.

And, if they don’t know Brinker, they can do the research and realize “these guys know the kitchen. They know good food. They’ve been in the industry for 45 years.”

During her presentation, Howe provided some startling statistics from the company’s location tracker Firefly, which has been tracking restaurant closures throughout the pandemic.

“At some of the states in the South or flyover states, we actually see that permanent closures are outranking temporary closures,” Howe said. “Those might be some markets where there's going to be a little bit stronger headwinds.”

What does that have to do with virtual concepts?

Howe said restaurants in those markets might need to be more creative, and launching a virtual delivery only brand might be a solution.

Alp Franko, founder of The Local Culinary, said his company can help those restaurants in danger of closing. The company, which started last year in Florida, works with restaurants to build virtual brands out of their ghost kitchen facilities.

“It’s very simple. It’s very easy to do,” he said. “We are helping [restaurants] with menu engineering and training.”

To date, the company has about 25 virtual brands.